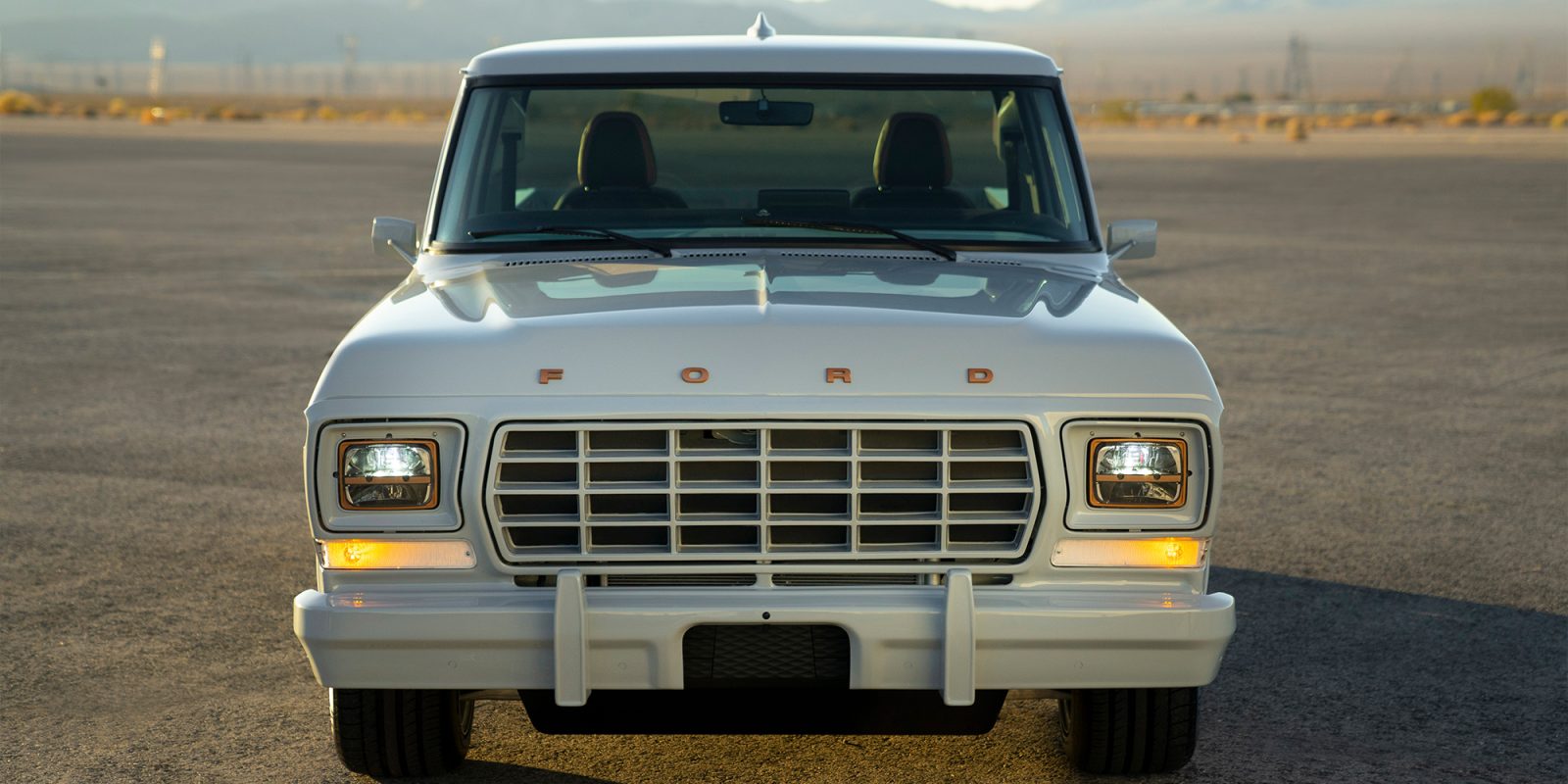 Ford Motor Company has taken its dedication to electrification a step further by offering its Eluminator electric crate motor to the public to create custom EVs of their own. The 281 horsepower Eluminator motor is present in the Mustang Mach-E GT Performance Edition, and can now be installed into other vehicles, such as an electrified 1978 Ford F-100 pickup.

Ford Motor Company is a legacy automaker that has reigned as a top name in automotive manufacturing since the early 1900s. While it remains a major global player in the market, it has seen its share shrink in recent years, especially as EV adoption grows.

To combat this epoch of the future of transportation, Ford wisely decided to pivot its sales and manufacturing strategy by discontinuing its ICE sedans to focus on electric vehicles. The company is still very much ingrained in the ICE truck world, as its F-series remains the best-selling pickup line for nearly 45 years now.

Ford is using its truck sales to support its EV development and commitment to have 50% of its sales consist of EVs by 2030. It is also in pre-production of an all-electric F-150 Lightning, which just surpassed 160k reservations.

The Lightning pickup is sure to spark accelerated EV adoption among consumers new to EVs, but what about those more nostalgic gear heads that feel modern EVs, especially trucks, lack a certain classic look?

With Ford’s latest announcement regarding its electric crate motor, people can now turn any treasured gasoline vehicle into an EV.

The $3,900 electric motor is now available to the public, should any EV enthusiasts with the proper conversion knowledge want to create a custom vehicle of their own. Although, you’ll still need to acquire an inverter, battery pack, and control system.

Eric Cin, global director, vehicle personalization, accessories and licensing at Ford, spoke to the F-100 Eluminator concept and what it represents:

Ford owners have personalized, customized and enhanced their vehicles since the beginning – from changing looks to bringing the power. Our F-100 Eluminator concept is a preview of how we’re supporting customers as they go all-electric and embrace zero-tailpipe emissions performance, even for our heritage vehicles.

The F-100 concept was developed by Ford Performance and features front and rear Eluminator crate motors, combining for 480 horsepower and 634 ft-lb of torque. While this EV remains a mere concept and will not be available for sale, it demonstrates a not-so-distant future in which classic car lovers can continue to tinker and customize their rides… all without those nasty emissions.

Looking ahead, Ford Performance shared plans to develop a wider list of components to support the Eluminator powertrain, including battery systems, controllers, and traction inverters. This will eventually allow for a holistic, turnkey aftermarket package for electric conversion.

Tired of waiting for an all-electric Ford Bronco? Make your own! Consider avoiding the 1993 model though… a slight stigma may still remain.