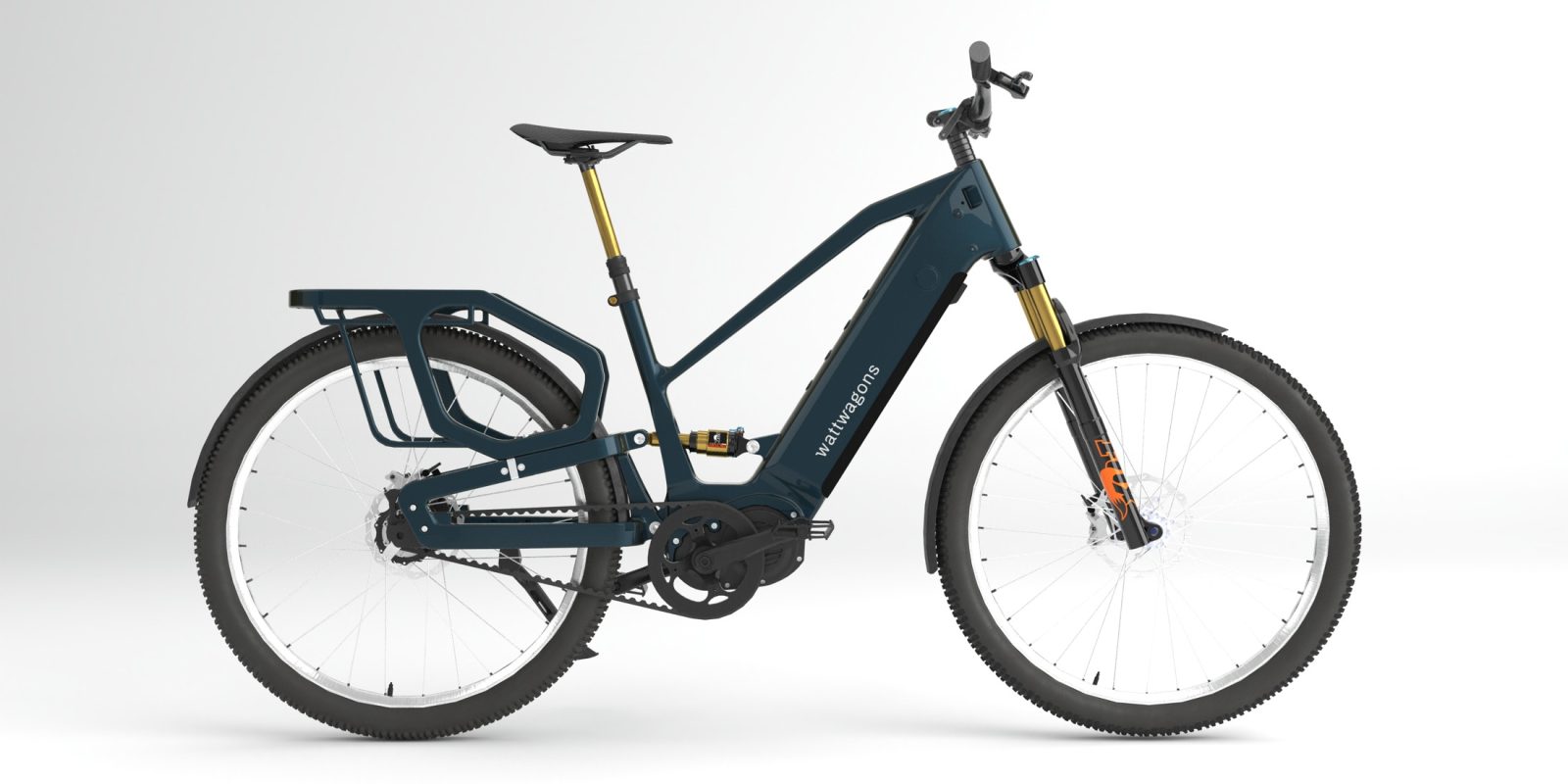 Watt Wagons is the Boston-based electric bicycle company behind some of the most highly specced electric bikes in the country. Now the company is unveiling its latest flagship commuter e-bike, the Watt Wagon Helios.

While many US-based electric bicycle companies are largely importers of Asian-made e-bikes, Watt Wagons is one of the few US-based manufacturers in the industry.

Instead of aiming for the lower end of the market, Watt Wagons competes with the high end European manufacturers like Riese & Müller.

It comes in a mid-step as well as a low-step option to increase the accessibility for various sizes and types of riders.

Built into that carbon frame is one of the highest-performance mid-drive motors available in the electric bike industry: The infamous Bafang Ultra motor.

This high-power motor is capable of outputting over 1,500 W of power and 160 Nm of torque, though Watt Wagons has ensured that it is limited to legal levels for the various countries where its e-bikes are sold. In the US, the Helios is a Class 3 e-bike, meaning it can reach speeds of up to 28 mph (45 km/h) on pedal assist.

While the Bafang Ultra’s motor has proven legendary, its integrated controller hasn’t always won as much praise. To provide a much better power delivery experience, Watt Wagons has swapped in an Archon X1 controller. That allows the company to make precise modifications that improve the user experience for riders. It also opens the doors for more components, such as the Watt Wagons smart display to feed important data back to the rider in real time.

The powerful motor drives the rear wheel via Watt Wagons’ own proprietary belt drive system that is rated up to 500 Nm of torque – a level that is largely unthinkable in the world of e-bikes. To put that in perspective, most Bosch mid-drive motors put out around 50-60 Nm, with the most powerful reaching 90 Nm.

The Helios’ belt drive connects to a Kindernay IGH VII internally geared hub. That provides a 100% sealed transmission, meaning reduced noise and maintenance, plus a cleaner look without a derailleur or chunky cassette.

Powering that motor is a 1 kWh battery offering around 50% more capacity than most commuter e-bikes on the market. The battery is also constructed using 21700-format battery cells, a slightly larger and more modern cell format than the typical 18650s used in most e-bike battery packs.

The massive motor and the high-capacity battery sure aren’t lightweight, but the 65 lb (30 kg) e-bike certainly would have been even heavier without that carbon fiber frame. Considering the rack and fenders are included in that weight, the bike is hefty but not outrageous for such a powerful full-suspension ride. We’ve seen plenty of full-suspension e-bikes with large motors and batteries that end up exceeding 100 lb (45 kg).

The Helios is expected to begin shipping in spring 2022.

The price? It hasn’t been publicly disclosed yet, but the company indicated that it “will be in line with premium products from Riese and Müller and Specialized built to similar specifications.”

Specialized doesn’t really offer a good full-suspension commuter e-bike for direct comparison (the company’s nicest hardtail Turbo Como commuter e-bikes peak at around US $5,500). Riese and Müller, on the other hand, have comparably spec’d e-bikes that start at around US $9,000.

When they say “car replacement,” they mean it!