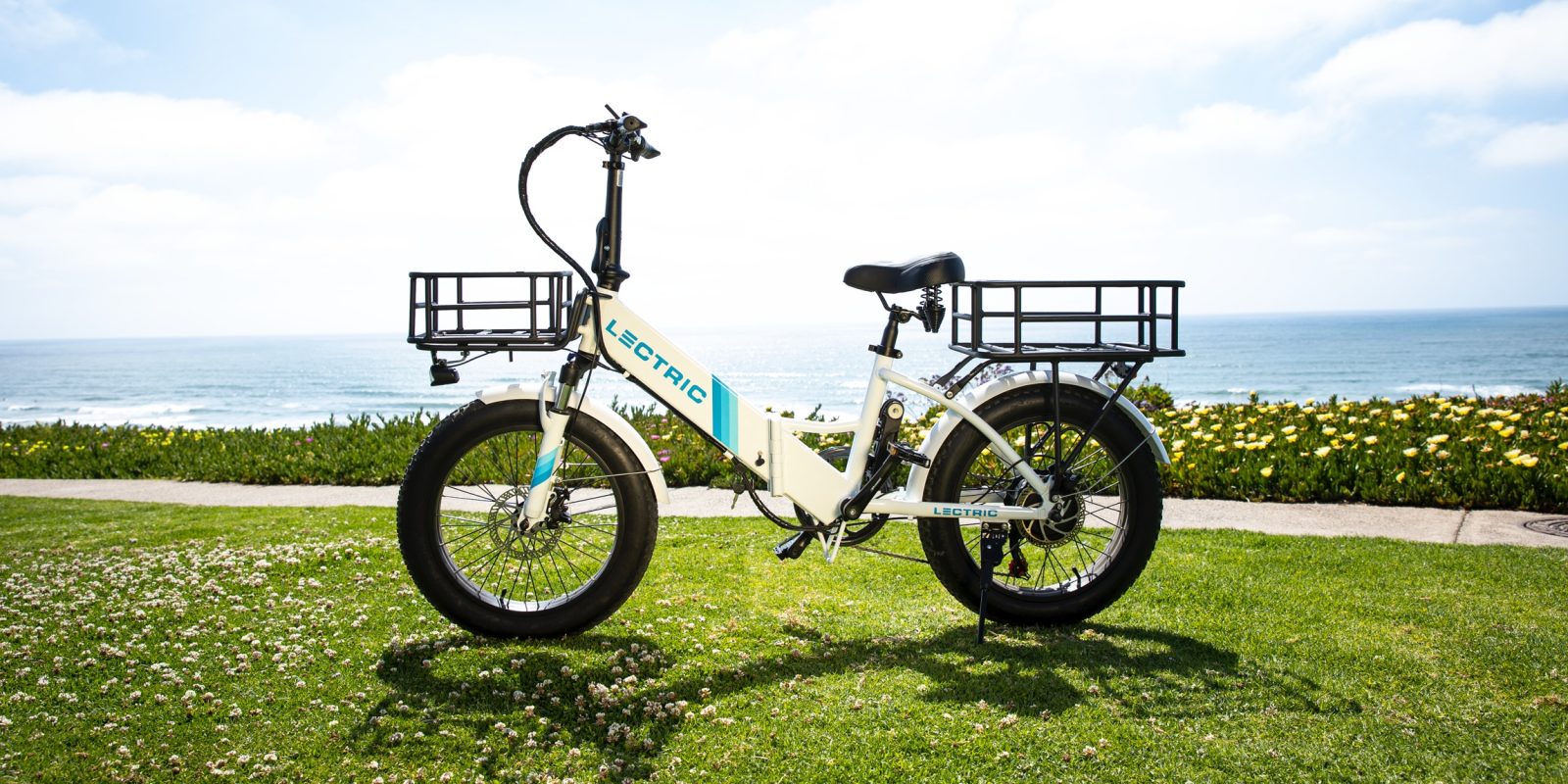 The team over at Lectric eBikes has just released a new version of the company’s popular folding fat-tire e-bike, dubbed the Lectric XP 2.0.

While the original version of the Lectric XP offered impressive performance for its low price of $899, there were still a number of upgrades that many riders hoped to see implimented.

Now the Lectric XP 2.0 has been released with several of these key upgrades, including added suspension, increased cargo carrying capacity, improved handlebar ergonomics, and more.

To see the Lectric XP 2.0 up close, along with my own thoughts on each of the upgrades, check out the video below covering the launch. Then keep reading below for the full details.

All of the upgrades

It looks like it has around 2 inches or so of travel – not the longest travel fork out there – but certainly a huge improvement over a lack of suspension.

And the fact that it’s an actual oil fork means you’re getting true damping suspension, not just a bouncy spring.

There’s also an option for a comfort upgrade that adds a suspension saddle with a suspension seat post, giving riders even more cushion beneath them.

Next we can see that the new version has upgraded mounting for increased cargo capacity. The rear rack has been upgraded from the lighter-duty 50 lb-rated rack to a sturdier 77-lb rack. There is also mounting for both front and rear baskets, turning the folding e-bike into something of a utility e-bike as well. And for added security, there’s a mounting point for a lock to be installed on the bike, keeping it in reach for pit stops when the bike is locked outside (and meaning you don’t need to jury-rig or zip-tie a lock mount onto the bike’s frame).

The previous 4-inch fat tires have been swapped for 3-inch tires. Those tires offer improved agility and responsiveness while still maintaining a wide contact patch for comfortable riding on varied terrain.

New handlebars are now wider and more ergonomic. They also feature more space for adding accessories like mirrors and phone holders, in addition to offering a more comfortable riding position.

The bike also comes rated for IP65 water and dust resistance, making it even safer to take it out into the elements wherever your rides take you.

As you might expect, Lectric eBikes wasn’t able to add all of these upgrades for free. The new Lectric XP 2.0 sports a price tag of $999, marking a $100 price bump from the previous version’s price.

Considering all of those upgrades though, the price seems more than reasonable. And it comes at a time when nearly all major electric bicycle companies in the US are raising their prices due to a number of cost increases in the industry.

They’ve done it again. The Lectric XP 2.0 and its upgrades are somehow an even better value than the first version! For anyone on the hunt for a low-cost way to enter the electric bike market and still get an e-bike with good performance, it’s hard to beat this.

Now let’s be real here: The Lectric XP 2.0 is not a high-quality e-bike. It’s a mid-tier e-bike with a low-entry price. And riders have to know that going in. The parts are all good enough, but nothing fancy. There’s nothing to shave off grams or to future-proof the bike. There’s no embedded smart sensors or GPS tracking or hydraulic brakes or anything else you’d see on higher-dollar e-bikes.

Pretty much all of the components are found on the lower end of the component brand’s hierarchy. But for an e-bike that’s just for getting around town and having fun, that’s all most people need. We may be looking at Shimano’s beginner derailleur, but it works just fine for the everyday riding that most people are looking for.

I’ve personally ridden multiple versions of the original Lectric XP, from the prototype to the production version to the updated step-thru version. They’ve all been awesome rides, even if they aren’t fancy. They do exactly what I need them to do.

And now with the added upgrades, the Lectric XP 2.0 looks like an even better value proposition. It’s fast, decently powerful and now comes with improved comfort, agility, and utility. That’s a lot of bang for your buck – or bang for your 999 bucks.

So while there are better e-bikes out there, it’s hard for any company to compete with the bottom line value offered by Lectric eBikes.