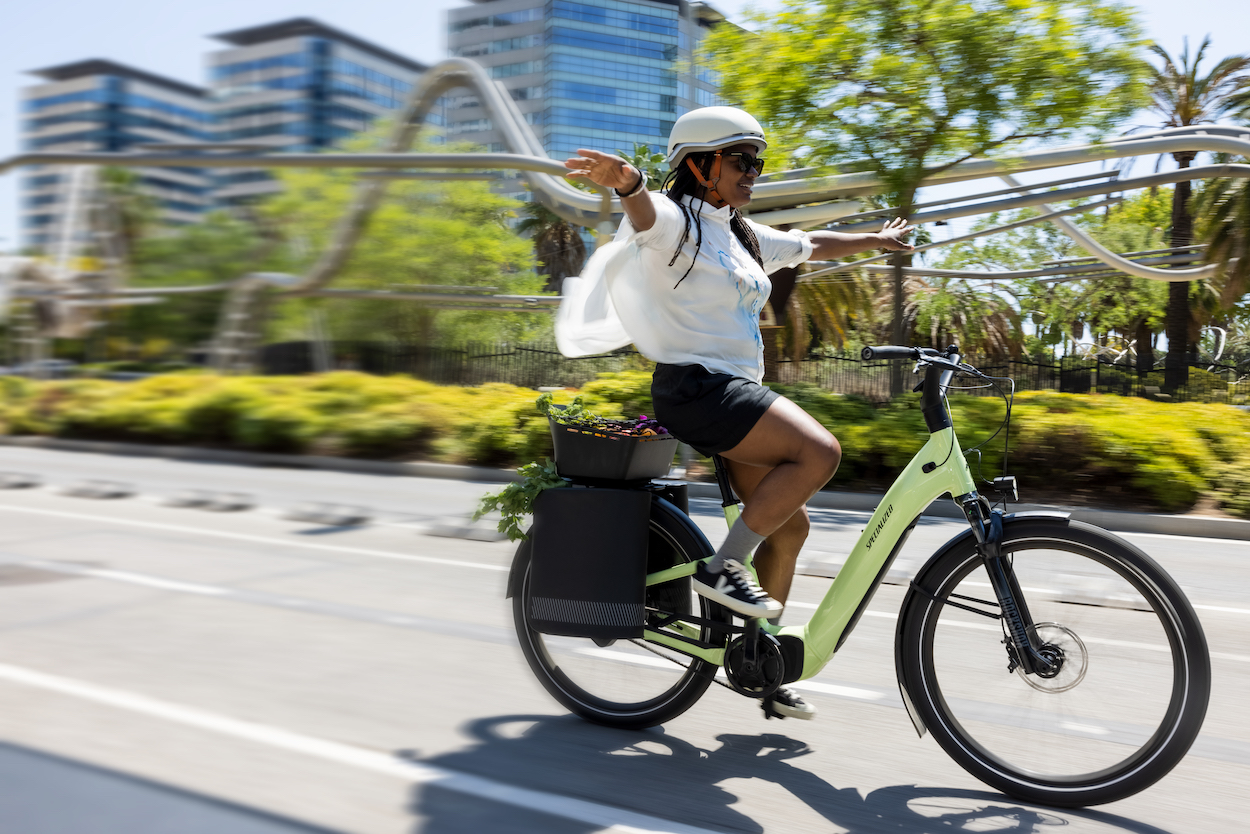 Specialized has been in the electric bicycle game since 2009, making them one of the earlier entrants among mainstream bicycle companies. With all those years building premium e-bikes, they’ve had plenty of time to refine their technology. Now the company is showing off the latest generation of Full Power Turbo electric bikes with updated models of the Turbo Vado and Turbo Como bikes, plus a new model known as the Turbo Tero.

We’ve seen Specialized give plenty of attention to its SL or “Super Light” e-bikes over the last two years.

Those electric bikes saw Specialized hit new records for low weight and extreme portability, but at the cost of battery capacity and power.

Now Specialized is returning to its roots with updates to several of its Full Power Turbo e-bikes that make no sacrifice in the watts or torque departments.

“With the launch of our new Full Power Turbo lineup, we are excited to bring next-level performance to riders in their everyday lives. Our brand is committed to the development and implementation of innovative, new technologies that will better serve riders in all riding scenarios. We believe that bikes have the power to change lives and are focused on delivering the best possible riding experience to empower more everyday rides.”

All of the new Full Power Turbo e-bikes in Specialized’s lineup include the company’s new MasterMind controller. In addition to serving as the brain of the e-bike, it also offers new features such as the Turbo System Lock designed to deter thieves. If the bike is stolen, owners can use their Mission Control phone app to remotely lock the bike’s motor and activate a motion alarm. Once the motor is locked, the bike is unusable until the original owner deactivates the lock.

MasterMind also integrates a Garmin rear-facing radar on some models that can alert riders of approaching cars as far as 140 meters (460 feet away). The system uses visual, audible, and haptic feedback to alert the rider and can provide relative distance and speed data for approaching cars.

The Specialized Turbo Vado is the combined road/fitness/urban transportation e-bike in the Specialized lineup. It’s not quite as Sunday Lycra as the Turbo Creo SL, and instead takes the road e-bike closer an everyday use e-bike.

A more comfortable position puts the rider slightly more upright and provides a more nimble seating position. The inclusion of a front suspension fork also helps take the shock out of the road as riders navigate urban jungles.

Speeds of up to 28 mph (45 km/h) are possible thanks to three levels of motor assist from the Specialized 2.2 motor.

The Turbo Como, on the other hand, heads much further into the comfort city bike direction, bordering on almost a step-through cruiser setup.

The bike features an ultra-low step-through frame for easy mounts and dismounts. In fact, Specialized assures us that it’s the “lowest step-through design available on the market.”

The Como also includes three levels of pedal assist and a top assisted speed of 45 km/h (28 mph), making it a Class 3 e-bike in the US.

The Specialized Turbo Tera is a trail-focused electric bike that is designed for exploration. Specialized describes it as having the “heart of a mountain bike” as well as “added capabilities for utility trips.”

The upright seating position and utility accessories like full-length fenders and rear rack give the bike more utility than just for trail-riding shenanigans.

Just like the Turbo Vado and Como, the Tera’s rear rack can support up to 27 kg (60 lb.) of cargo, and the three bikes are rated to support a child seat as well as for pulling a through-axle trailer.

A lower top speed of 20 mph (32 km/h) on the Turbo Tera classifies the bike as a Class 1 e-bike in the US and allows it to access more trails and riding paths than Class 3 e-bikes.

The speeds are expected to be limited in Europe, where stricter e-bike regulations allow for a maximum of 25 km/h (15.5 mph) before the motor must cut out.

All three bikes feature Specialized’s 2.2 motor putting out 90 Nm of torque. It is listed as a “250W nominal” motor, though all companies that want to sell e-bikes in Europe have to label their motors as 250 W to comply with local e-bike regulations. In practice, the motors put out much higher peak power, and torque figures are the better measurement for direct comparison between e-bikes and e-bike motors as torque is not regulated and thus can be accurately labeled and marketed.

Specialized claims that the bikes can put out up to quadruple the power of a human rider in their highest assist setting, and that the power is delivered “intuitively and naturally” thanks to that MasterMind controller.

Large capacity batteries of 710 Wh should also provide considerable ranges for the e-bikes. Actual range varies widely based on terrain and power level, but achieving over 75 miles (120 km) per charge with a battery of this size on an efficient pedal-assist e-bike is certainly within reason.

The three new e-bikes each come in three models (3.0, 4.0, and 5.0) with different component load-outs and with variants offering either an internally geared rear hub or a derailleur drivetrain.

Pricing starts at US $3,250 for all three models with derailleurs, while the internally geared hub adds an extra $500 to the price. Prices increase up to $5,500 for the higher-spec models.