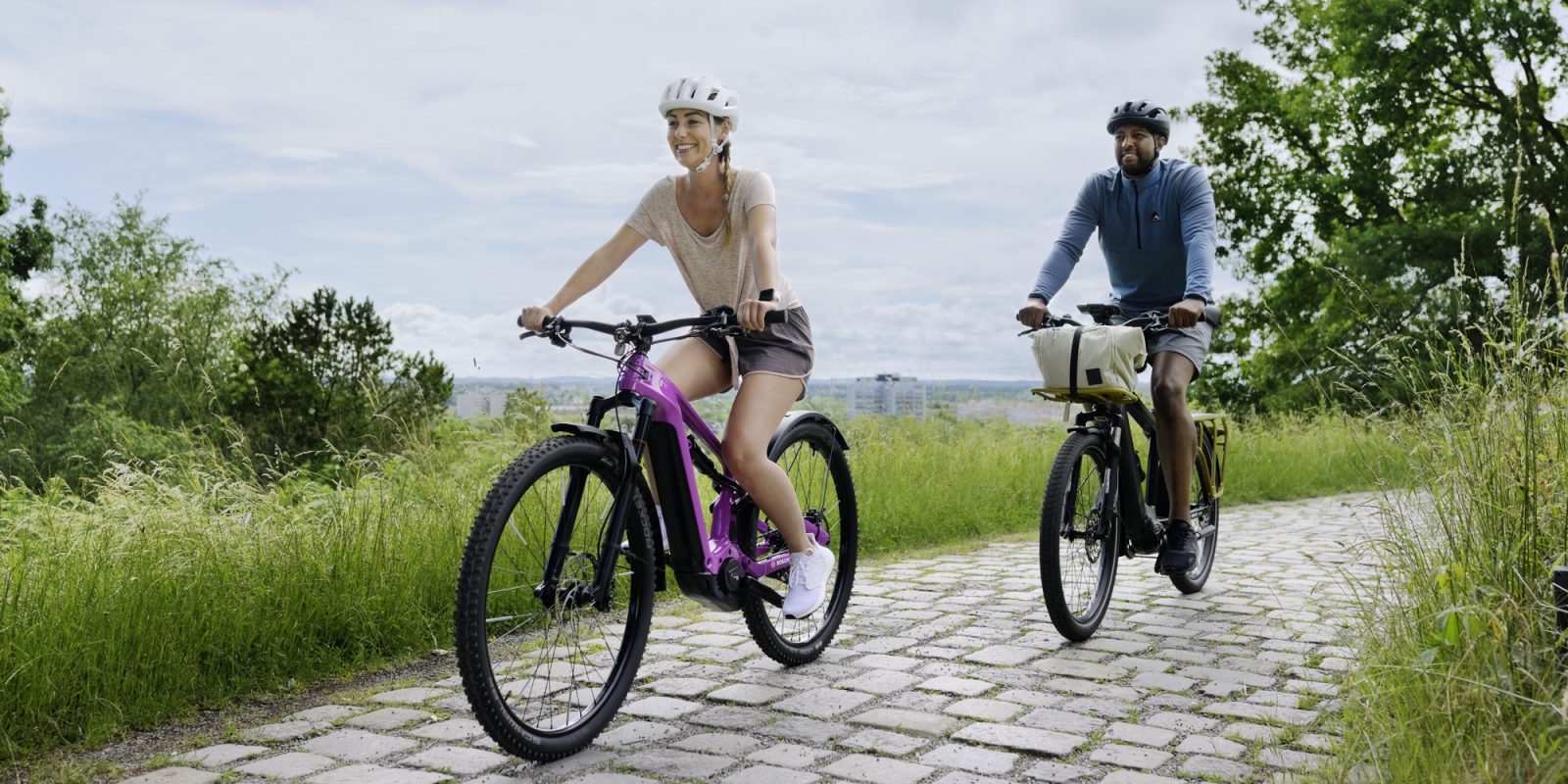 Bosch has just announced one of the biggest updates in years to its electric bicycle drive unit lines, including some smart new tech and a new larger battery.

The new updates are included in Bosch’s MY2022 announcement being made today.

On the hardware side, Bosch is unveiling a new PowerTube 750 Wh battery that should take riders farther than ever before.

Bosch’s largest battery had previously been its 625 Wh packs, which still fell somewhat behind the common 672 Wh (48V 14Ah) packs seen on many other e-bikes in the industry.

The company is also unveiling a new Kiox 300 display. It provides all the rider’s pertinent info and can be relocated to new positions around the bars as desired.

The buttonless Kiox 300 display pairs with a new remote operated by the rider’s left thumb. It allows riders to change parameters on the bike, such as the pedal assist’s power level. Color changing LEDs give users a quick visual reference to confirm which power level has been selected.

Moving from hardware to software, Bosch is now making its electric bikes much smarter with a host of new features.

Bosch’s Flow app is designed to digitize the e-bike ownership experience. Instead of needing to bring the bike into an authorized Bosch dealer for minor updates, riders can now perform over-the-air (OTA) updates themselves via the app. That will allow riders to take advantage of new Bosch features as they are continuously developed and deployed.

“In the future, the eBike will automatically adjust to the rider’s personal needs. It adapts to our riding style, suggests routes that we enjoy and guides us safely from point A to B. It gets to know our preferences and interests and offers a perfectly tailored eBike experience.”

Bosch also has its sights set on integrating Bike-to-X communication as part of the internet-of-things (IoT) framework, which would allow for interesting features to be added. By connecting with other cars and trucks, the e-bikes could give early warning signals that help to better protect riders.

Other safety advances include a “digital guardian angel” are planned to be incorporated into Bosch’s e-bike systems to call for help in the event of an emergency.

GPS-based anti-theft solutions and remote locking of an e-bike that has been stolen were all floated as possibilities that will be enabled by the new technology.

“We are convinced that the fully connected, smart eBike will redefine the mobility of tomorrow, both for short trips in everyday life and for extended rides in leisure time. The smart system equips the eBike with more intelligence, comfort, and safety for the mobility of the 21st century. This is how we are turning our vision of the eBike mobility of the future into a reality, step by step.”

Some of this could be game-changing for e-bikes, such as the digital guardian angel and ability for e-bikes to alert cars of their presence.

Other things feel like features where Bosch is playing catchup, such as over-the-air updates. Cheap e-bikes have been capable of this for years, and it smacks of Apple selling iPhones for years before giving us common features like copy/paste. If you’re going to have a smart e-bike, then including over-the-air updates is pretty much a prerequisite these days.

But there’s no denying that Bosch is laying the groundwork for what could become an incredible connected e-biking system. The real test will be to see what kind of additional features they can roll out to users to truly bring e-bikes into the 2020s.

Oh yeah, and it’s also great to see battery capacity continue walking upwards. Another 20% range is a nice boost. It’s more than most people need for city riding, but off-road riding eats battery capacity for breakfast. So I’ll take any extra 20% I can get, please and thank you.