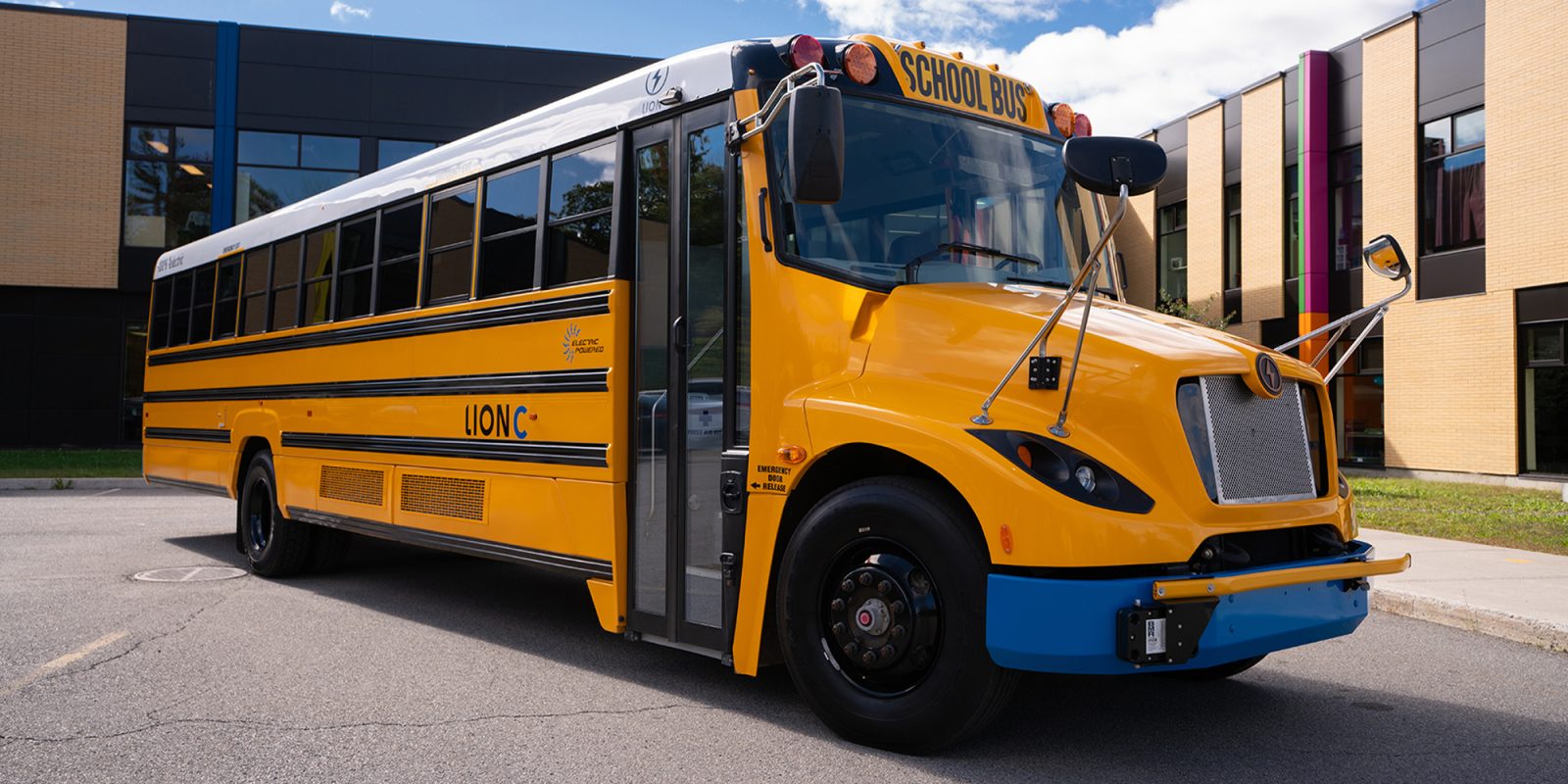 Medium and heavy-duty vehicle manufacturer Lion Electric Co. recently announced a conditional purchase order from Student Transportation of Canada (STC) for 1,000 of its all-electric Lion C school buses. The PO is dependent upon a grant of non-repayable contributions to STC under Canada’s Zero-Emission Transit Fund (ZETF). If approved, STC would become the largest operator of zero-emission buses in all of North America.

The Lion Electric Co. ($LEV) designs and manufactures zero-emission versions of Class 5 to Class 8 commercial trucks, as well as all-electric buses. Since being founded in 2011, the company has continually grown its fleet of heavy-duty all-electric offerings, as well as its customer base.

Previously, Lion Electric has provided electric heavy-duty vehicles to companies like Amazon, and has worked with commercial fleets at Con Edison and Green Mountain Power to help transition their vehicles toward zero-emission options.

It’s also important to note Lion Electric’s early and growing success with electric buses, having delivered hundreds in the past five years.

Earlier this year, we reported an order for Lion’s electric buses from California’s largest school district, but only ten Lion Cs to begin.

It now seems that school districts in North America are looking to transition to electric buses quicker and on a much larger scale, especially with the help of the Canadian government.

If approved, this conditional sale could be pivotal for both Lion Electric and the continent’s future of school buses.

STC has stated that its purchase order to Lion Electric is conditional upon an approved, non-repayable grant under Infrastructure Canada’s Zero-Emission Transit Fund (ZETF).

The ZETF program is something we at Electrek have covered in the past, and allows for the Government of Canada to invest $2.75 billion over five years to support public transit and school bus fleets in the transition to electrification.

STC has already submitted its formal application and awaits the verdict before it can commit to the full order of 1,000 Lion C Electric school busses.

If approved, STC’s PO would make it the largest operator of zero-emission school buses in North America – a tremendous, forward-thinking feat. Marc Bedard, CEO and Founder of Lion Electric, elaborated on the potential of this pending purchase:

We applaud STC for its leadership and vision to accelerate the deployment of all-electric school buses in Canada, and we thank them for trusting Lion with such an important transition. This large-scale deployment would position Canada as a clear leader in the electrification of school transportation, in great part due to innovative programs like the ZETF. We are proud to be working together with STC, the Caisse de dépôt and the Canadian Federal Government to provide a cleaner future for our children.

Lion Electric also estimates that the deployment of these 1,000 all-electric school buses would help eliminate roughly 23,000 tons of greenhouse gas emissions per year, not to mention reducing noise pollution in the neighborhoods the Lion C buses will navigate.

If STC’s grant from Canada is approved, Lion Electric expects deliveries to begin in 2022, and continue through the first half of 2026.

Lion is in the process of erecting what it is calling the largest all-electric medium and heavy-duty vehicle plant in the US, which should be complete in the second half of 2022. That’s approximately when it would need to start rolling STC’s electric buses off the assembly lines for the proposed PO.

If approved, Lion Electric is going to need the production scale of that new facility to deliver this tremendous bus order for North America. This could be perfect timing.