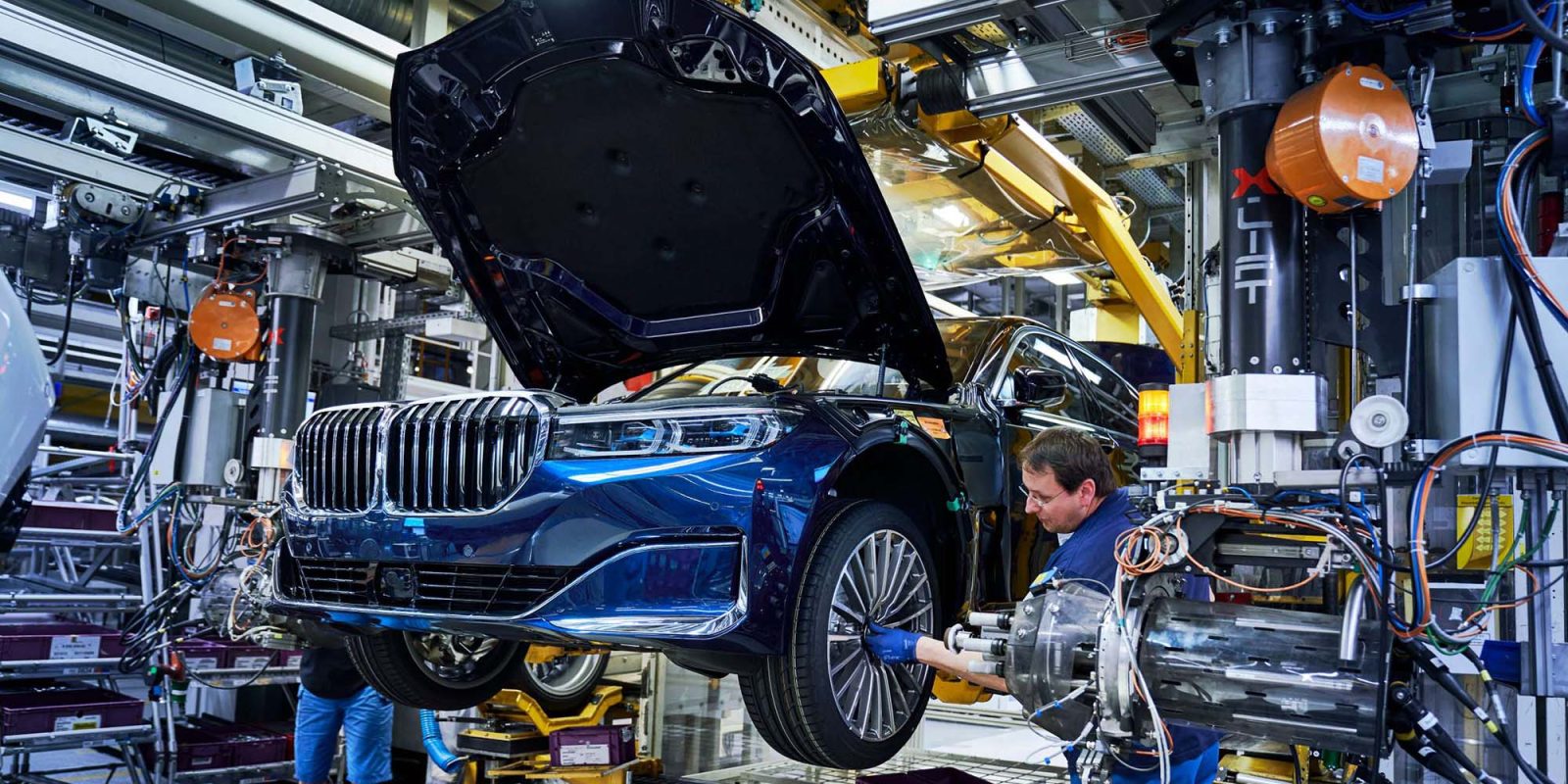 German automaker BMW has announced an updated timeline to reduce carbon emissions throughout the entire life cycle of its internal combustion engine (ICE) vehicles, including the entire production process. In an announcement ahead of next week’s IAA Mobility conference in Munich, the local automaker announced its new goal of a 40% reduction of 2019 CO2 levels by 2030, up from its previous goal of 33.3%.

BMW is a German legacy automaker with over 105 years of experience in manufacturing, including stints in aircraft engines during both World Wars.

After decades of developing gasoline dependent models of the “ultimate driving machine,” the automaker announced BMW i in 2011 as a sub-brand dedicated to plug-in EVs.

BMW’s electrification began in 2013 when series production of the i3 commenced. Unfortunately, the German automaker has only delivered one other EV since then. In fact, it took BMW seven years to bring the zero-emissions iX3 to market, and it hasn’t even made it to North America.

This past June, we reported BMW had released pricing and specs for two US versions of its upcoming i4 EV sedan. Soon these models will be joined by the $83K+ BMW iX SUV, which is currently available for pre-order.

With new models on the way, BMW naturally announced plans to discontinue its flagship i3 EV this past June. With a focus on a (somewhat) electrified future, BMW has shared new plans to lower the emissions of its ICE vehicles, which remain a majority of its lineup.

In a recent report from Reuters, BMW shared an updated timeline to reduce CO2 emissions of the entire life cycle of its ICE vehicles by 40% compared to 2019 numbers.

This is an increase to a goal previously set at 33.3%. BMW aims to achieve these lower life-cycle emissions, which will include changes to the vehicle’s entire production process, by 2030.

In order to reach this goal, the automaker has shared intentions to increase the proportion of recycled and reusable materials used throughout its vehicle manufacturing process from 30% to 50%.

These new targets for ICE emissions coincide with BMW’s previously announced sustainability goals, including reaching a point where at least half of BMW Group sales come from EVs by 2030. This group includes Mini sales, which has already fully committed to producing its last gasoline model by 2025.

BMW on the other hand, is not so explicit in its timeline to phase out ICE vehicles, citing a lack of charging infrastructure and recent revenues thwarted by global chip shortages.

Still, BMW has set (slightly) more ambitious goals for lowering emissions over the next decade. Although, many would argue that switching to more electric vehicles could also help quite a bit.

Any sentence that says “reduce carbon emissions” is good news for the planet, so kudos to BMW for pushing the goal posts slightly farther, to a 40% reduction. Forgive us however, for preferring to save all of our streamers and the permit for a parade for another day.

Yes, BMW has multiple EVs in the works, and they look quite impressive from what we’ve seen so far (aside from some of those price tags… yeesh). However, the waffling straight-up lack of commitment to an ICE exit strategy immediately challenges the faith in this automaker.

They’ve committed to half of sales being electric by 2030, but it’s hard to believe they can achieve that given the ratio of ICE models to EVs currently available. Unless the Mini community suddenly inflates tenfold (I see you loyal Mini owners, and I love rule #1 – respect).

There will be a lot of eyes on the iX and i4 sales in both the US and Europe to see what sort of trajectory BMW is on. Trust they will sell whatever they need to (ICE or EV) to keep the lights on as long as possible… at least until 2030, right?