BMW reveals US pricing for two i4 models in 2022 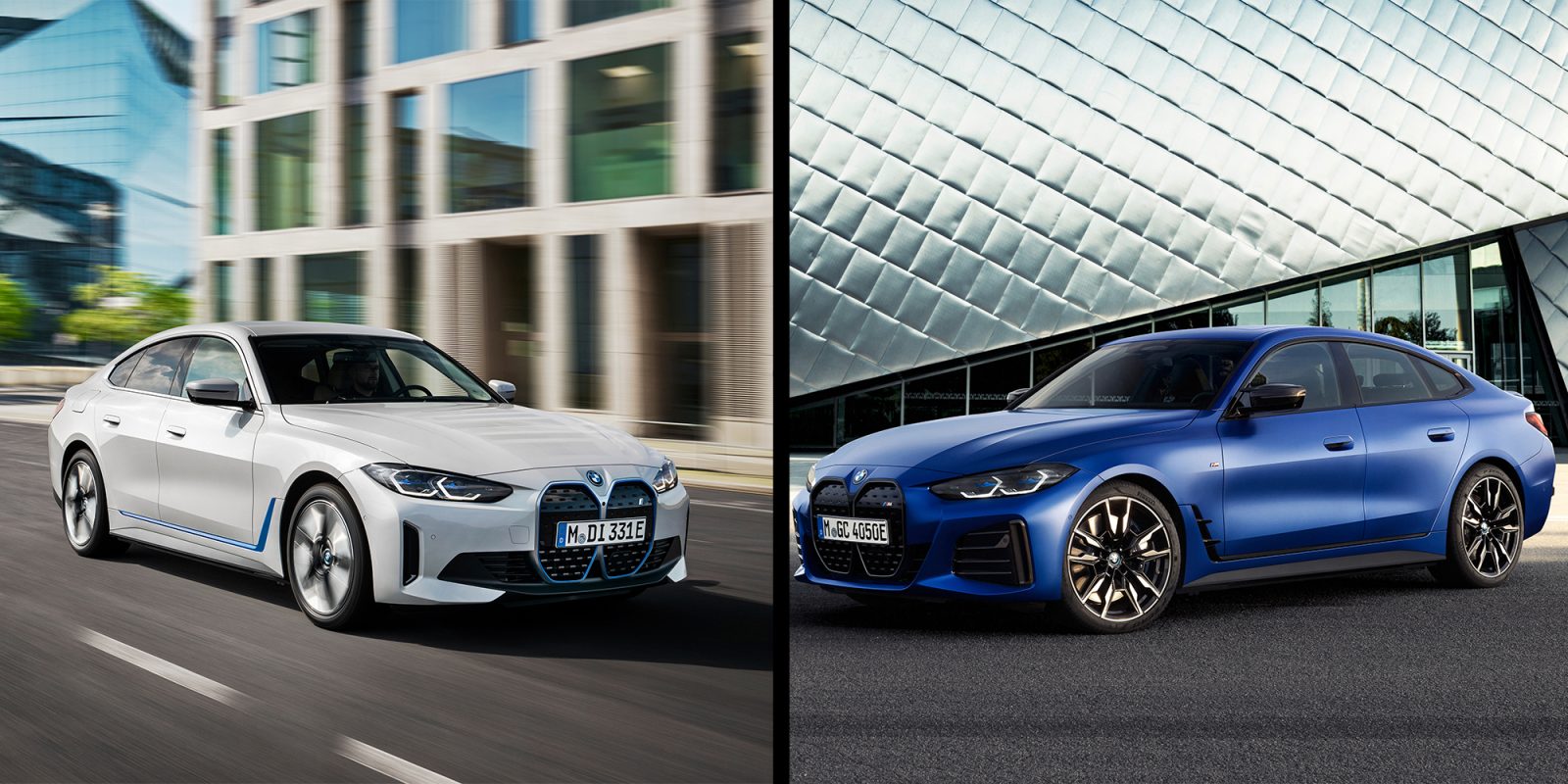 BMW has officially announced the pricing and market launch for two US versions of the all-electric i4 — the i4 eDrive40 and i4 M50. The i4 M50 is the first fully electric performance model to come from BMW M GmbH. Both models promise range, elegant design, cutting-edge UI, and driving assistance technologies —all with zero emissions.

Last March, BMW first unveiled its all-electric i4 sedan with a promise of 300 miles of range. After the German automaker brought the all-electric BMW i3 to market in 2013, the public assumed it soon follow up with a BMW i4, i5, and so on, but that was not the case.

In fact, it took BMW seven years to bring another fully electric vehicle to market in the BMW iX3, and that EV didn’t even make it to North America. That all changed with the announcement of the BMW i4, however, and we now have even more details about its features, release date, and, of course, pricing.

According to the detailed press release from BMW, both models of the i4 are currently scheduled to launch in the US market in Q1 of 2022. In addition to producing all-electric vehicles, BMW has put a keen focus on sustainability in crafting these new i4s as well:

Sustainability is an integral part of the development of the new BMW i4, from the sourcing of materials to the production of the i4 itself and to the recycling of its components in the future. Every step of the value chain was carefully looked at to reduce the carbon footprint of the i4 to the absolutely lowest level possible.

The eDrive40 i4 features a single motor RWD powertrain, offering 335 HP and an EPA estimated range of 300 miles. Power to the EV is provided by BMW’s latest fifth-generation eDrive technology, connecting all of the electrical systems and battery into one holistic unit.

The battery in both models of the i4 consists of four modules with 72 cells each and three x 12-cell modules. Combined, the cells garner energy content of 83.9 kWh gross, and 81.5 kWh net.

Both models of the i4 will be able to reach a maximum DCFC capacity of up to 200 kW and AC Level 2 charging of up to 11 kW. That’s 0 to 100% in eight hours, according to the automaker.

Current pricing for the BMW i4 eDrive40 is $55,400 plus $995 destination fees. This does not include any tax incentives, and BMW has stated these numbers are still “preliminary.”

As previously mentioned, the i4 M50 is the first fully electric performance model to come from BMW M GmbH. The EV features a dual-motor AWD powertrain capable of 536 HP and an EPA estimated range of 245 miles.

Variable sport steering comes standard on the i4 M50 and as an optional upgrade on the eDrive40. As for pricing, the BMW i4 M50 will start at $65,900 plus $995 in destination fees.

Both versions of the i4 will feature BMW iDrive 8, a new generation of displays, controls, and software, managed by powerful connectivity and data processing. This includes large dashboard displays and HUD.

The M50 also comes with a ton of extra features to keep it quick and nimble, including a Sport Boost function. Everything is outlined in exhaustive detail by BMW in its latest release.

Once again, both versions of the i4 are scheduled to arrive in Q1 of next year. Check back with Electrek for the latest news pertaining to the pricing and release of the BMW i4 as it makes its way to the US.