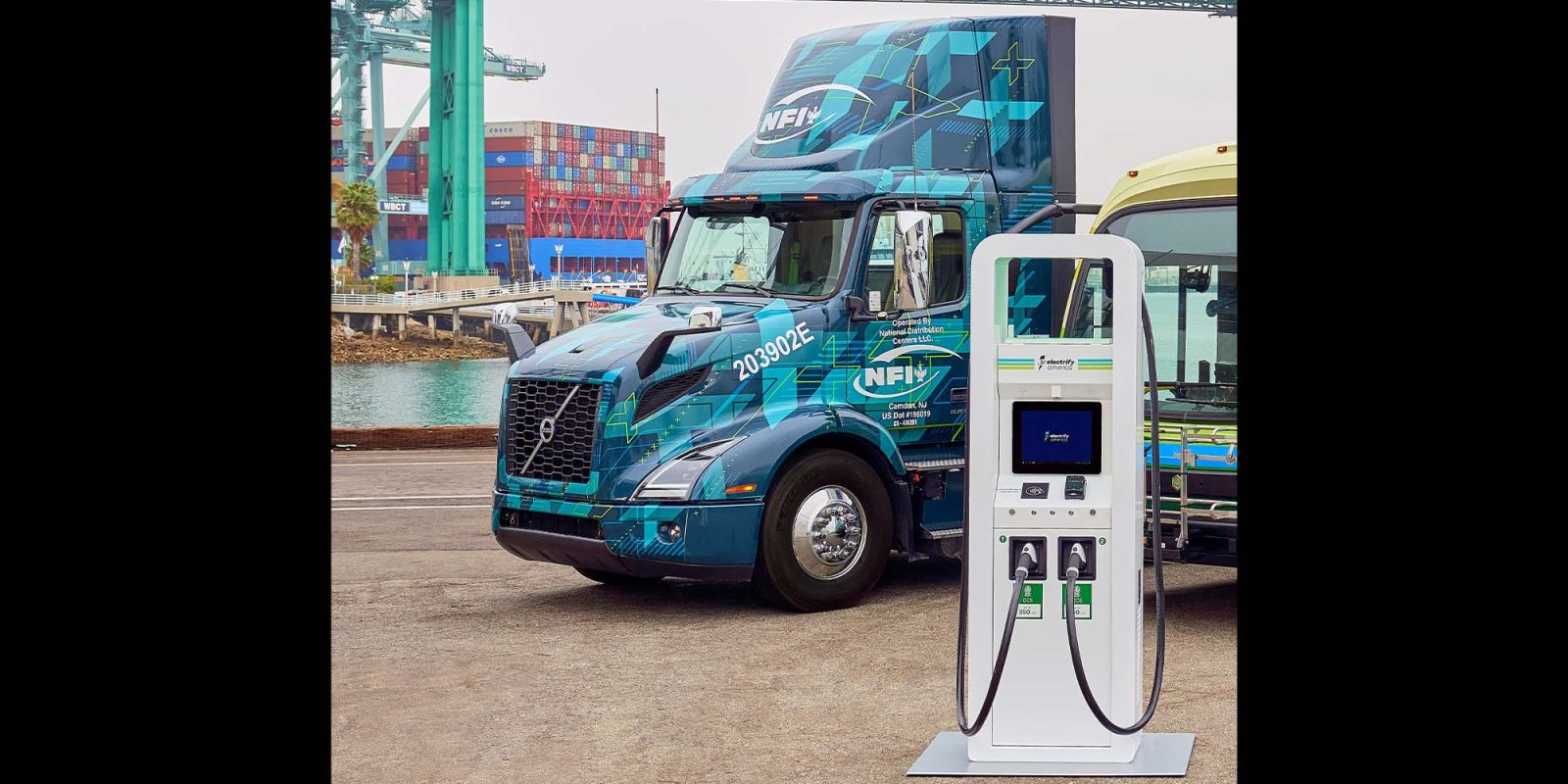 EV charging network Electrify America has announced a project with NFI Industries to support the latter’s fleet of 60 electric heavy-duty trucks with a charging infrastructure of 34 DC fast chargers. The project is scheduled to be completed in December of 2023 and is being described by the companies as the single largest charging infrastructure project in the US to support heavy-duty EVs.

Electrify America currently operates the largest DC fast-charging network in the US and continues to grow its infrastructural presence to support zero-emissions vehicles (ZEVs).

Last month, the company announced plans to double its charging network in the US and Canada by 2025. If successful, Electrify America’s network of chargers would sit around 10,000 across 1,800 stations.

NFI Industries is a privately-held supply chain solutions company founded in 1932 and headquartered in Camden, NJ. The company currently operates over 4,500 tractors and 12,500 trailers alongside nearly 4,000 company drivers.

NFI Industries also has facilities around the globe, including Ontario, California, where a new charging facility will be implemented with the help of Electrify America.

According to a press release from Electrify America this evening, the charging infrastructure specialists will be assisting NFI Industries’ upcoming fleet of heavy-duty electric trucks with 34 ultra-fast chargers.

The Electrify America fast chargers will offer power of 150 kW and 350 kW, some of the fastest charge speeds available today — at least in the US. Bill Bliem, Senior Vice President of Fleet Services at NFI, spoke about the project:

As NFI continues to spearhead supply chain sustainability and minimize the industry’s environmental impact, many elements need to align to ensure we continue making progress. Throughout our experience, we’ve learned that having the right partners, technology, and access to safe, reliable and fast-charging infrastructure are essential to the successful implementation of EVs. We are excited for this opportunity to collaborate with the charging infrastructure experts at Electrify America as we move beyond our demonstration projects and scale our Ontario facility infrastructure to support a 100% electric drayage fleet.

The fast chargers will support NFI’s lineup of sixty electric, heavy-duty trucks, which will serve both Ports of Los Angeles and Long Beach. In addition to deploying the 34 fast chargers, Electrify America has been tapped to handle site configuration and energy management services for the logistics company.

As part of the project, NFI will deploy sixty battery-electric drayage trucks to become the first 100% zero-emission fleet operator and truck shop in the state of California. 50 of the electrified trucks will be funded by Joint Electric Truck Scaling Initiative, or “JETSI.” 10 additional Volvo electric trucks will be funded by Volvo Trucks North America and SWITCH-ON.

In addition to investment from NFI and Electrify America, multiple boards in California will help partially fund the project, including the California Energy Commission.

The fast charger facility in Ontario is scheduled to be completed near the end of 2023.