Tesla Model S vs. Model 3: Comparing sedans side by side 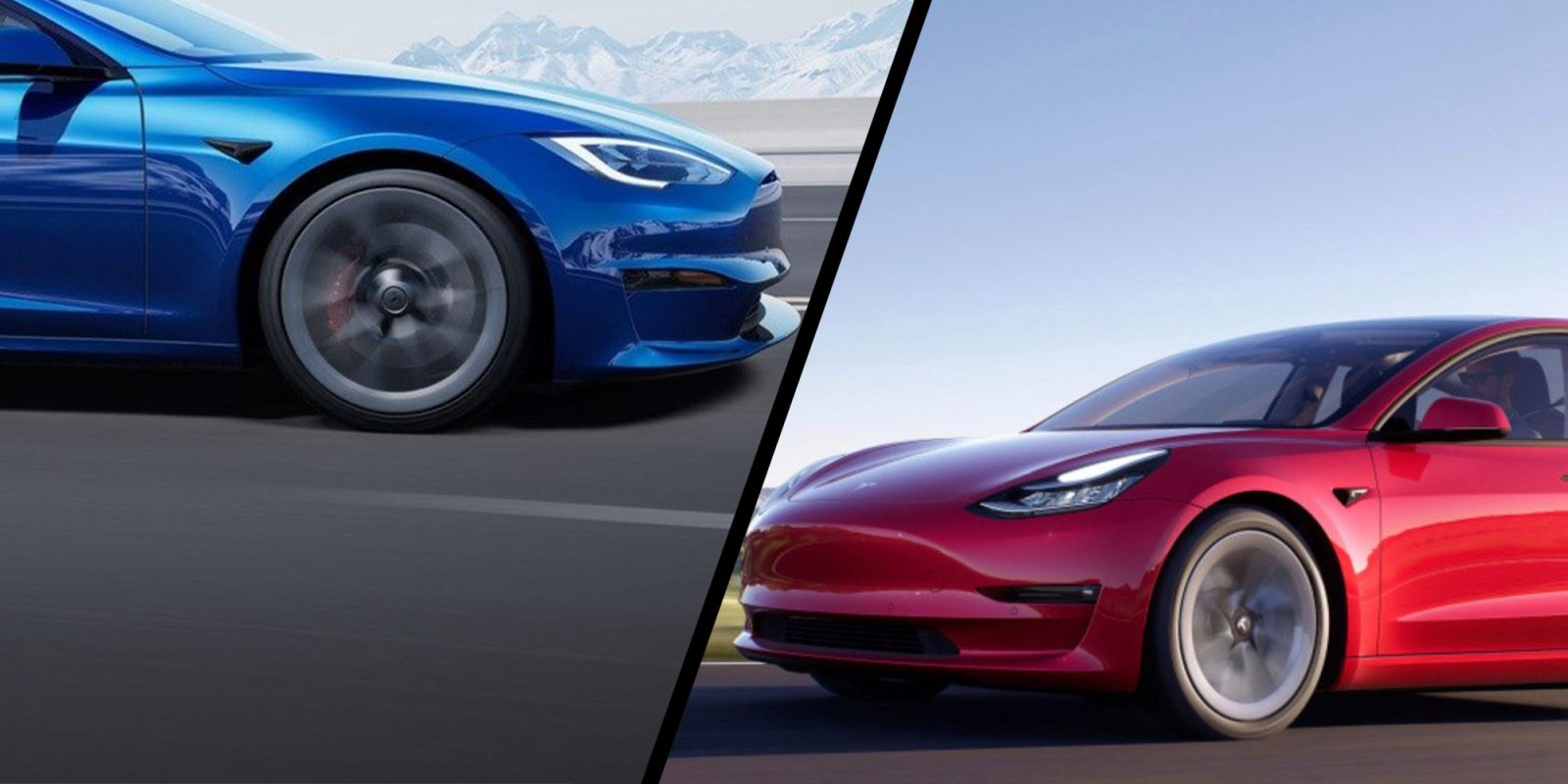 The Tesla Model S and Model 3 provide drivers with either a taste of veteran performance, or refreshing innovation and value. Both combine to form the US automaker’s line of electric sedans, although they share more of their mechanical makeup with their respective assembly-line SUV partners. Below is a comprehensive breakdown comparing the two to help you decide which sedan may be best for you.

The Model S sedan is Tesla’s longest-running EV in production to date. It made its official debut in 2012 after years as a prototype for the automaker. Since then, the sporty EV has reigned as the best selling plug-in electric in both 2015 and 2016.

Sales of the veteran Tesla have slowed since the launch of the automaker’s cheapest available Model 3 and Model Y EVs, but the Model S still sits as a premiere sedan that offers a variety of luxury and performance for those who can afford it.

Tesla’s Model S did not see a refresh in 2020, but Tesla kicked off the new year with a full refresh to both its Model S and Model X vehicles.

The automaker has introduced a refreshed dual motor AWD Long Range trim, and has dropped the Performance trim for a tri motor AWD Plaid version.

From the early years after Tesla’s inception, CEO Elon Musk was candid about the automaker’s goal of providing quality EVs most consumers could afford to drive. With 2016’s announcement of its Model 3 sedan, Tesla came one step closer to its goal of an EV at $35,000.

After an encouraging number of early reservations were made for Tesla’s most affordable model to date, the Model 3 debuted in 2017. Since then, it has cruised comfortably in the fast lane of sales.

The EV currently sits as the world’s best selling all-electric vehicle and has accounted for a majority of the total Teslas sold in recent years.

Tesla (briefly) sold a $35,000 version of the Model 3 to hit a price point originally promised by Elon Musk in years leading up to the first delivery. In November of 2020, however, Tesla quietly removed this option during a refresh for its 2021 Model 3.

The latest version sits at a purchase price of $39,990 for the Standard Range Plus trim with zero added features.

First ,we will focus on how these two Tesla vehicles compare in terms of range and speed. Keep in mind that the Model 3 was built as a more affordable Tesla sedan compared to the higher-end Model S, so Tesla had to make some sacrifices somewhere.

That being said, Tesla’s most affordable EV still has plenty to offer drivers, so let’s begin there.

Tesla’s Model 3 currently sells three separate trims to choose from, each offering varying range and performance based off a customer’s preferences (and budget).

The most affordable trim, the Standard Range Plus, travels an EPA estimated 263 miles, has a top speed of 140 mph, and can travel 0-60 mph in 5.3 seconds.

Moving up the ladder to the Long Range trim, this version can travel 353 miles per charge and has a top speed of 145 mph. Furthermore its 0-60 time is 4.2 seconds flat.

The least expensive version of the Model S sedan is still dominant compared to the Model 3. The current Long Range trim can travel 405 miles on a single charge, hit a top speed of 155 mph, and can tear from 0-60 mph in 3.1 seconds.

That’s 52 miles farther than the Long Range Model 3 on top of 10 mph faster. If your preference is pure speed over range, then you’ve gotta go Plaid.

In the fall of 2020, Tesla confirmed a higher-end version of its banner EV with the unveiling of its tri-motor “Plaid” version. When it arrives in the fall of 2021, Plaid owners will be able to travel 396 miles on a single charge, reach a top speed of 200 mph, and zoom from 0-60 mph in 1.99 seconds.

When originally announcing the Model S refresh for 2021, Tesla also revealed that the vehicle would come in an additional Plaid+ trim. The Plaid+ Model S was advertised to offer the same speed as its Plaid counterpart, but with a 520+ mile range on a single charge.

Immediately, Tesla disciples put in thousands of reservations for the Plaid+, but the automaker eventually scrapped the entire trim altogether. Tesla CEO Elon Musk declared that consumers don’t need more than 400 miles of range, and the regular Plaid is “just too good.”

As the smaller, more streamlined alternative to the Model S, Tesla’s Model 3 tends to lack the space and luxury of its sedan predecessor… which isn’t saying much as the Model S pales in cargo comparison to the Model X and Model Y SUVs.

Even with recent updates, the Model S still bests the younger EV with a 17- inch horizontal touchscreen (two inches larger than the Model 3). The Model S also wins in cargo space, offering 28 cubic feet of space compared to just 15 cubic feet on the Model 3.

Lastly, the Model S comes equipped with a HEPA air filtration system to prevent viruses (rather relevant these days), bacteria, pollution, and odors from entering the cabin.

Here’s a look at the new user interface on the upcoming Model S Plaid:

The glaringly obvious difference between Tesla’s two sedans is size. The Model S is a larger, heavier machine, but as a result, offers more performance.

Up top, either option comes with a tinted glass roof, offering all passengers ultraviolet and infrared protection.

The Model S features a wider body, new headlights, and updated wheels. This has now been confirmed in the aforementioned refresh and exists amongst all four current Tesla models.

After reading the breakdown of both sedans above, it should be clear that while both Teslas have their differences, both have a lot to offer consumers inside and out. What’s the best option for you, though?

Here’s a quick summary of the price ranges of each trim on either model to help offer perspective as to what your ideal Tesla sedan might cost you.

Note: These prices do not include the additional $1,200 in fees for destination and documentation or any federal tax credits.

Let’s begin with the younger of the two options. The Model 3 Standard Range Plus trim comes with single motor RWD and begins at a purchase price of $39,990. These base prices are with zero upgrades, and come with the standard white exterior paint.

The Standard Range Plus can go as high as $53,990 if you were to add every top feature available. This includes red exterior paint, 19″ sport wheels, black and white interior, and full self-driving (FSD) capabilities for an extra $10,000.

Moving to the dual motor AWD trims, the Long Range Model 3 starts at $49,990 and can go as high as $64,490 with all of the same added features mentioned above.

Last but certainly not least, the Performance version of the Model 3 begins at a purchase price of $56,990 and can soar to $69,990 with all the toppings, including 20″ Überturbine Wheels.

Overall, your least costly option for a new Model 3 comes in just under $40,000, while the most expensive version will run you almost $70,000.

Compared to the Model 3, Tesla’s Model S starts a couple price tiers higher and only elevates from there. Remember, the Model 3 is Tesla’s cheapest EV to date, while the Model S is one of the most expensive.

Starting with the Long Range trim, this Model S starts at $89,990 completely standard. If you were to add each and every additional feature such as red paint, 21″ Arachnid Wheels, custom interior, and FSD capabilities, you’re looking at a price of $108,990.

If you’re sweating and clutching your wallet after those numbers, just wait until you read about the Plaid.

For added texture, the fully loaded Model S Plaid will cost you nearly $50,000 more than a fully upgraded Model 3 Performance.

Better yet, you could purchase three Standard Range Plus Model 3s and still have about $30,000 leftover for upgrades.

Like any Tesla purchase, the decision is not so simple. As Tesla’s veteran vehicle, the Model S offers size, cargo, and unmatched performance, but at a higher price. The latest refresh has only solidified these benefits for years to come, but with additional costs to an already expensive model.

While the Model 3 is certainly smaller and a bit slower off the line in comparison, it still offers respectable range and performance at an unmatched price. This is a huge reason why the Model 3 has quickly become the best-selling plug-in electric in history.

For purchase price alone, the Standard Range Plus Model 3 is a clear winner. For overall value, either dual-motor trims of the Model 3 take the cake.

As a newer model and a clear focus of the automaker looking forward, the Model 3 has already seen several upgrades to its design and performance. Expect more of this in the future as an owner.

Overall, you can’t go wrong with either Tesla model. The biggest deciding factor really comes down to how much you want to spend.

If you’re new to the electric vehicle world, why not start with a Model 3? Want a little more speed and luxury? Go with the Model S. Or, if you have $150,000 lying around collecting dust, maybe put in an order for that tri-motor Model S Plaid.