Tesla Model 3 has outsold the much cheaper Honda Civic to become California’s top-selling passenger car during the first quarter 2020.

The California-based automaker has been consistently doing good in its home market, which also happens to be one of its biggest markets in the world.

In the first three months of the year, Tesla has again grown in California, according to registration data.

This week, the California New Car Dealers Association released its quarterly report for the first quarter, and it shows Tesla Model 3 even outselling the Honda Civic to become the top-selling passenger car in the state, regardless of the segment.

The California New Car Dealers Association classifies the Tesla Model 3 as a “near luxury” vehicle.

Model 3 lead the segment — outselling all the competition combined. It has also beat top-selling vehicles like the Honda Civic and Toyota Camry:

As for Model S and Model X, the electric vehicles are still performing well in their own segment, but they are not the top-selling vehicles anymore: 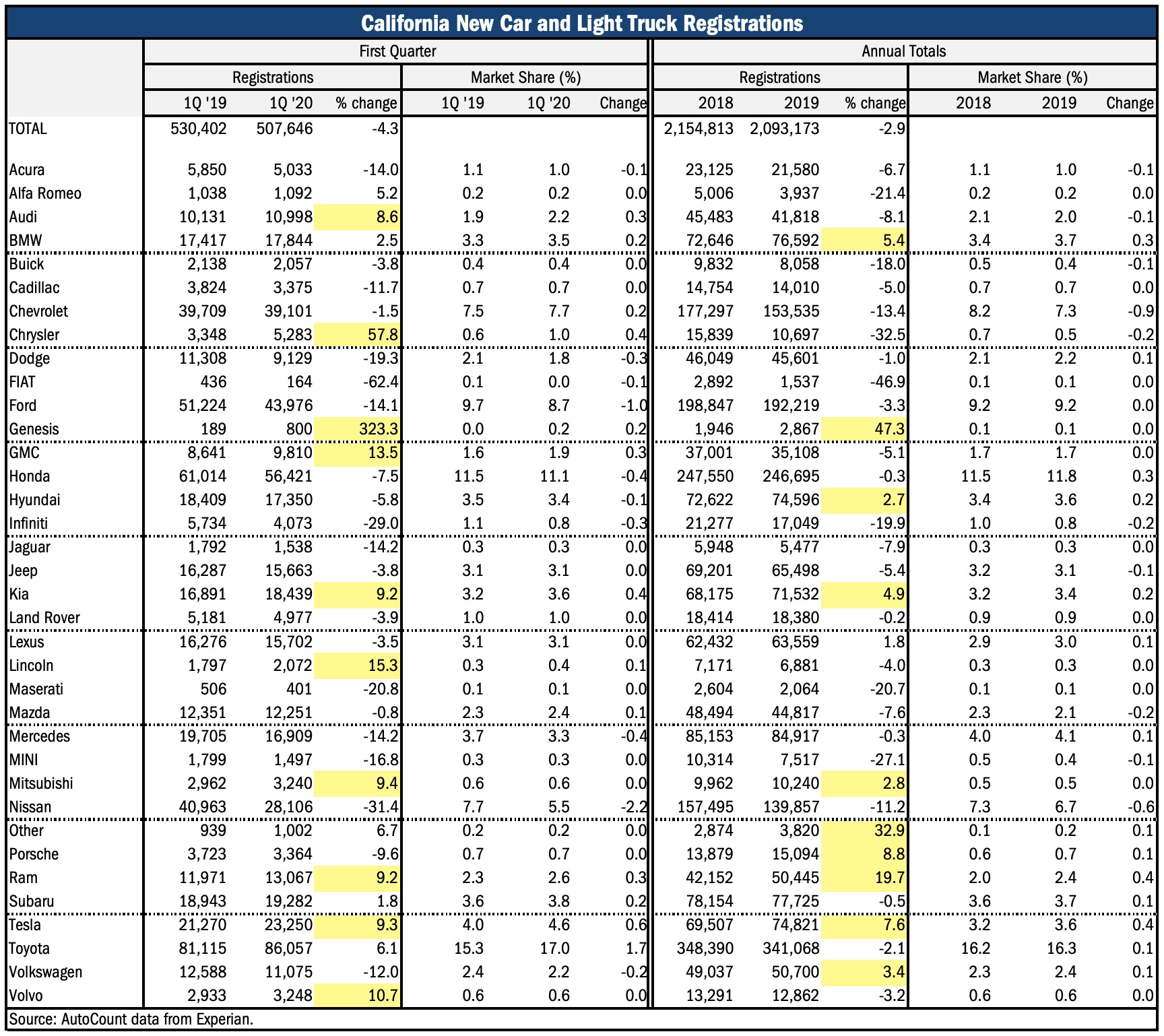 That’s truly impressive and it bodes well for Tesla’s future, though I wouldn’t bet on them maintaining the growth rate in California in Q2 2020.

Having your factory shut down for half a quarter will do that to your growth.

However, Tesla is likely still going to see growth in California for the full year, thanks to the ramp-up of Model Y deliveries.

Furthermore, I could see Tesla also seeing a boost in Model S and Model X sales with some updates to the lineup later this year.

Tesla just discounted its two flagship models by $5,000, but it is likely going to be followed by some important upgrades to the lineup, including its tri-motor Plaid powertrain, later this summer.