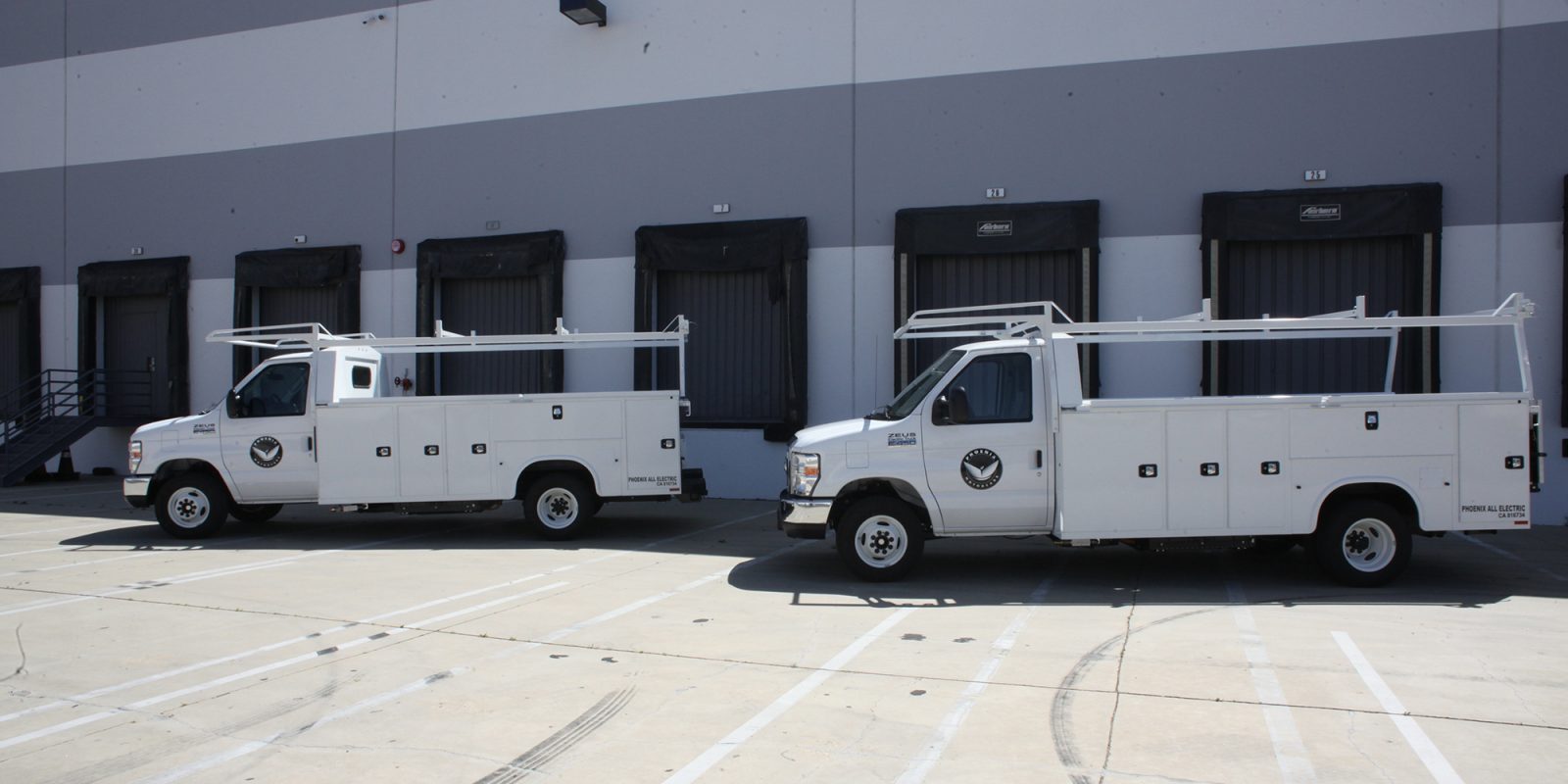 Medium-duty electric vehicle developer Phoenix Motorcars has unveiled its third-generation electric drivetrain and has begun series production of commercial vehicles that utilize it. The first three vehicles were recently completed at the company’s Ontario, California, facility and will soon be delivered to fleet customers.

Phoenix Motorcars is a California-based automaker that provides fleet mobility solutions to a quickly growing sector for electrification – medium-duty commercial vehicles. The company itself was founded in 2003, but didn’t launch its first-generation electric drivetrain until 2009, and sold its first commercial EV in 2014. Since then, Phoenix Motorcars has been providing electrified vehicles in a range of configurations, including shuttle buses, utility trucks, service trucks, flatbed trucks, walk-in vans, cargo trucks, and school buses.

The company operates as a wholly owned subsidiary of SPI Energy ($SPI), which focuses on renewable energy, especially solar. Recently, SPI Energy spun off Phoenix Motorcars in an IPO with EdisonFuture, another subsidiary under the SPI umbrella.

Phoenix Motorcars has now improved upon its drivetrain technology again and recently announced the completion and production of its third-generation version used in its service truck configuration.

According to a recent press release from Phoenix Motorcars, it has begun series production of its first third-generation drivetrain products. This new drivetrain will see new improvements to range and will be able to be implemented in a variety of different class 4 configurations. Per the presser:

The third-generation boasts the largest battery pack and longest range currently available in class 4 vehicles, lending itself to an extended range of body types to serve the widest range of customers. This include shuttle buses, service trucks, utility trucks, flatbed trucks, cargo trucks and delivery options. The new liquid-cooled battery pack is modular, coming in 63, 94, 125 and 156kWh configurations, offering customers flexibility in terms of range, seating and payload capacity, and price.

The EVs featuring the new drivetrain will be assembled at Phoenix Motorcars’ headquarters in Ontario, California, and will continue to utilize Ford’s E-450 platform in various configurations to match the commercial task.

With over 2.3 million electric miles driven across 45 fleet customers, Phoenix Motorcars believes its third-generation drivetrain will provide more energy to fleets than another other class 4 EVs out there. Phoenix Motorcars CEO Joe Mitchell elaborates:

With our third generation coming to market, we are confident in our ability to offer the best and most customizable options to our extensive lists of customers including fleets ranging from municipalities, cities, transit agencies, airports, parking companies, universities, and corporate campuses. The amazing team here at Phoenix has worked incredibly hard to deliver this best-in-class product and inspire the transition to commercial electrification. We look forward to continued growth and expansion of our product lines with the support of SPI.

No other specs are available at this time, although we are sure to hear more as Phoenix Motorcars continues to roll out commercial EVs on the third-gen drivetrain moving forward.