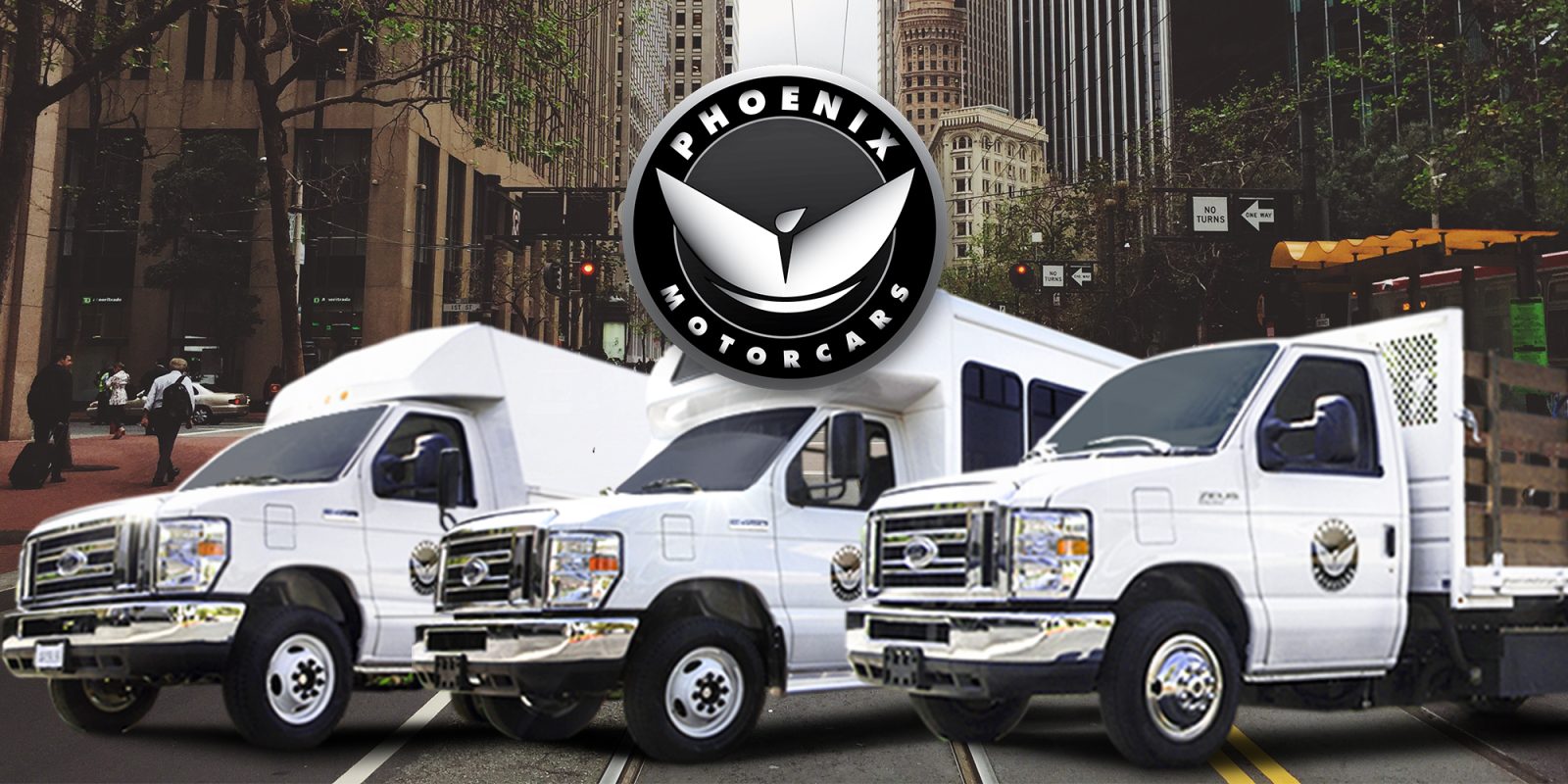 Our latest EV spotlight shines on Phoenix Motorcars. The Ontario, California-based automaker provides fleet mobility solutions to a quickly growing sector for electrification – light- and medium-duty commercial vehicles. This lineup currently includes trucks, shuttles, and school buses, but with recent partnerships with companies in solar and autonomous technology, Phoenix Motorcars is one to watch.

The company itself was founded in 2003 and was able to launch its first-generation electric drivetrain in 2009. Since then, Phoenix Motorcars has been providing electrified vehicles in a range of configurations, including shuttle buses, utility trucks, service trucks, flatbed trucks, walk-in vans, cargo trucks, and school buses.

The company operates as a wholly owned subsidiary of SPI Energy ($SPI), which focuses on renewable energy, especially solar. Recently, SPI Energy spun off Phoenix Motorcars in an IPO with EdisonFuture, another subsidiary under the SPI umbrella. Furthermore, SPI Energy recently announced a partnership with Icona Design Group to develop and design a range of fully electric vehicles for both passenger and commercial markets. These next-generation EVs could very well be be sold under the EdisonFuture and/or Phoenix Motorcars brand someday.

Phoenix currently utilizes the Ford E-450 Superduty chassis as the foundation of all of its EVs. Its current ZEUS lineup covers three variations on the electrified chassis to serve different segments in the commercial fleet market. Currently, the automaker offers the ZEUS 400 Shuttle Bus, ZEUS 500 Truck, and ZEUS 600 School Bus.

Each starts with the same frame, but can quickly deviate depending on necessity, performance, and spatial design. For example, the seating layout on the shuttle bus can be configured to haul more passengers for shorter trips, or passengers with luggage racks on airport shuttles. The ZEUS 500 truck can be configured by Phoenix as a flatbed, a box, a utility or service truck, or even a walk-in van.

To add to its customization, fleet customers currently have four different battery packs to choose from. This includes offerings of 63, 94, 125, or 156 kWh with ranges between 70 and 160 miles.

Speaking of that, Phoenix just recently announced it has delivered its second, unique Z500 truck to Woodland, California. The first-of-its-kind truck was delivered earlier this year. According to the automaker, the trucks are the first all-electric medium-duty commercial service trucks of their kind to be built and used in the industry. Per chairman and CEO of SPI Energy, Xiaofeng Peng:

We are proud to play a role in the City of Woodland’s sustainability goals. The electrification of fleet operators presents a massive market opportunity, and Phoenix Motorcars continues to prove its ability to meet the growing demand with innovative solutions, offering public and private customers full support for their EV initiatives.

The future of Phoenix Motorcars

Last January, SPI Energy announced it was partnering with Icona Design Group to produce electric vehicles in the passenger and commercial space. These upcoming expansions could become part of Phoenix’s EV fleet someday, and may include advanced pickup trucks and last-mile delivery vans.

Looking ahead, Phoenix Motorcars is focused on the development and implementation of its third-generation electric powertrain by the end of this year. Furthermore, the third-generation electric shuttle buses are already the subject of prototyping autonomous capabilities. This includes a collaboration with EasyMile, of which the company began a joint partnership last December.

Autonomous technology continues to improve and become more scalable, especially in medium-duty electric vehicles, like shuttles. As one of the major products developed by Phoenix, this approach makes a lot of sense for both the future of the company and the market as whole. As you can see, Phoenix Motorcars has a lot to offer the EV world, with even more on the way. We will keep you updated with its latest news and developments moving forward.