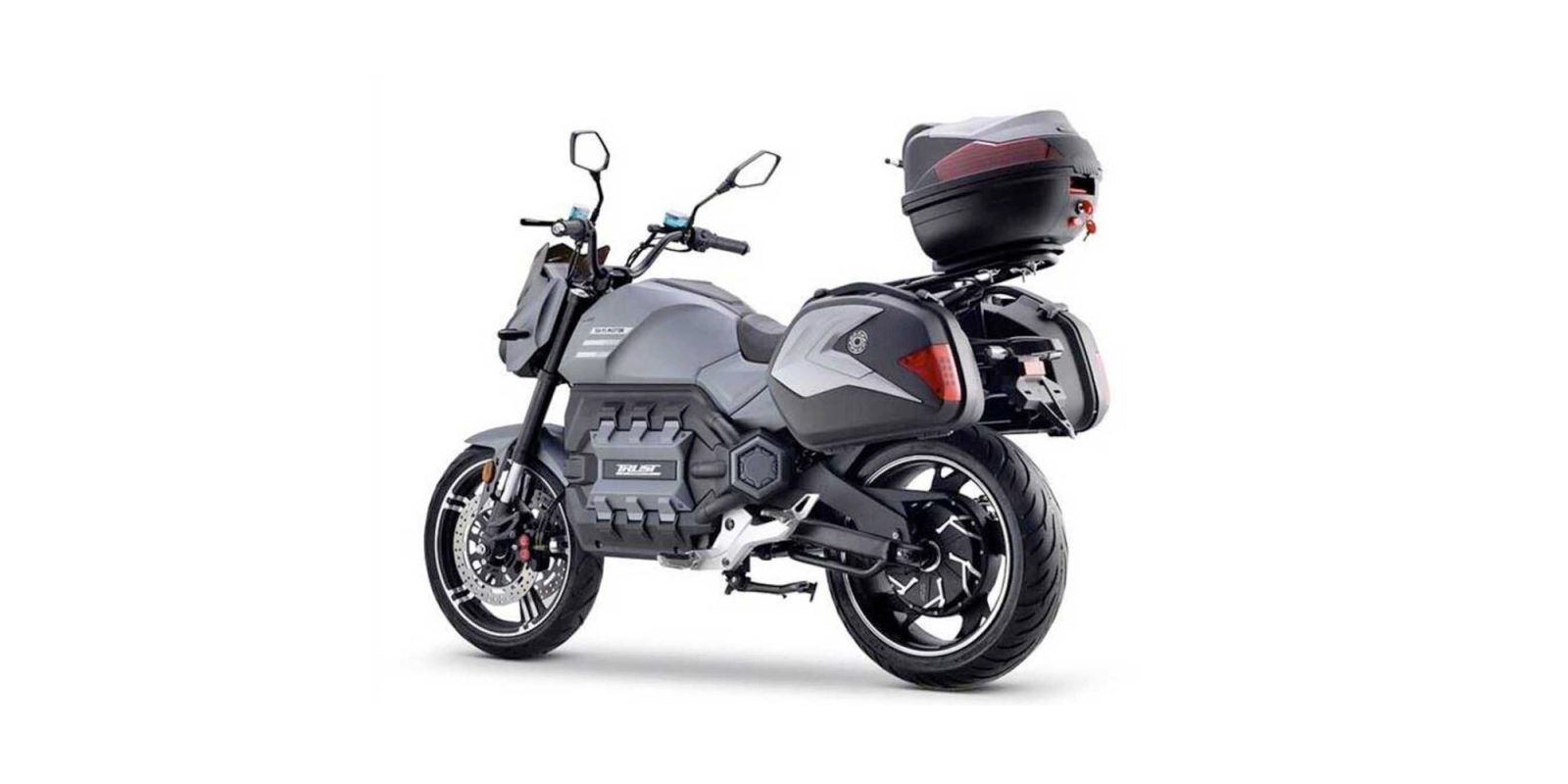 Just before the world changed a year and a half ago, we noted that a wave of low-cost Chinese electric motorcycles was soon headed for Western shores. That wave unfortunately hit a pandemic-sized speed bump but now appears to be getting back on track. The newest addition to the Asian lineup headed to the European market is the 125cc-equivalent Dayi E-Odin electric motorcycle.

The Dayi E-Odin uses a different drivetrain than the VOGE bike, opting for similar power but in a 6 kW rear hub motor instead of a swingarm-mounted mid-motor.

That power rating is likely the continuous power level, since the bike sports a top speed of 100 km/h (62 mph), which would be difficult to reach with a peak-rated 6 kW motor.

A large lithium-ion battery pack powers the motor, spec’d at 72V and 100Ah for a total of 7.2 kWh of capacity. That is equivalent in capacity to the battery that Zero Motorcycles currently outfits its entry-level bikes with and is nearly twice the capacity of the upcoming SONDORS Metacycle electric motorcycle.

While some electric motorcycle manufacturers have advertised somewhat lofty and optimistic range ratings, the E-Odin comes with the word “TRUST” adorning the sides of the battery. That should presumably put any potential customers’ fears to rest.

The two-seater bike falls in the L3e category in Europe and requires an A1 license, the same level needed for small 125cc motorcycles.

This class of light and middle-weight electric motorcycles has seen a number of new entrants lately.

We don’t have any word from Dayi about what the E-Odin will cost in Europe, but it is surely to be much more affordable than domestic electric sport bikes like those from Italian manufacturer Energica. We also don’t know exactly which countries Dayi will receive the E-Odin, though the company did say that it will be coming to Dayi’s warehouse in Rotterdam, Netherlands.

What do you think about the Dayi E-Odin? Can light electric motorcycles like these help usher in a new wave of quieter electric motorcycle riders and less noise pollution in European cities? Let’s hear your thoughts in the comments section below!