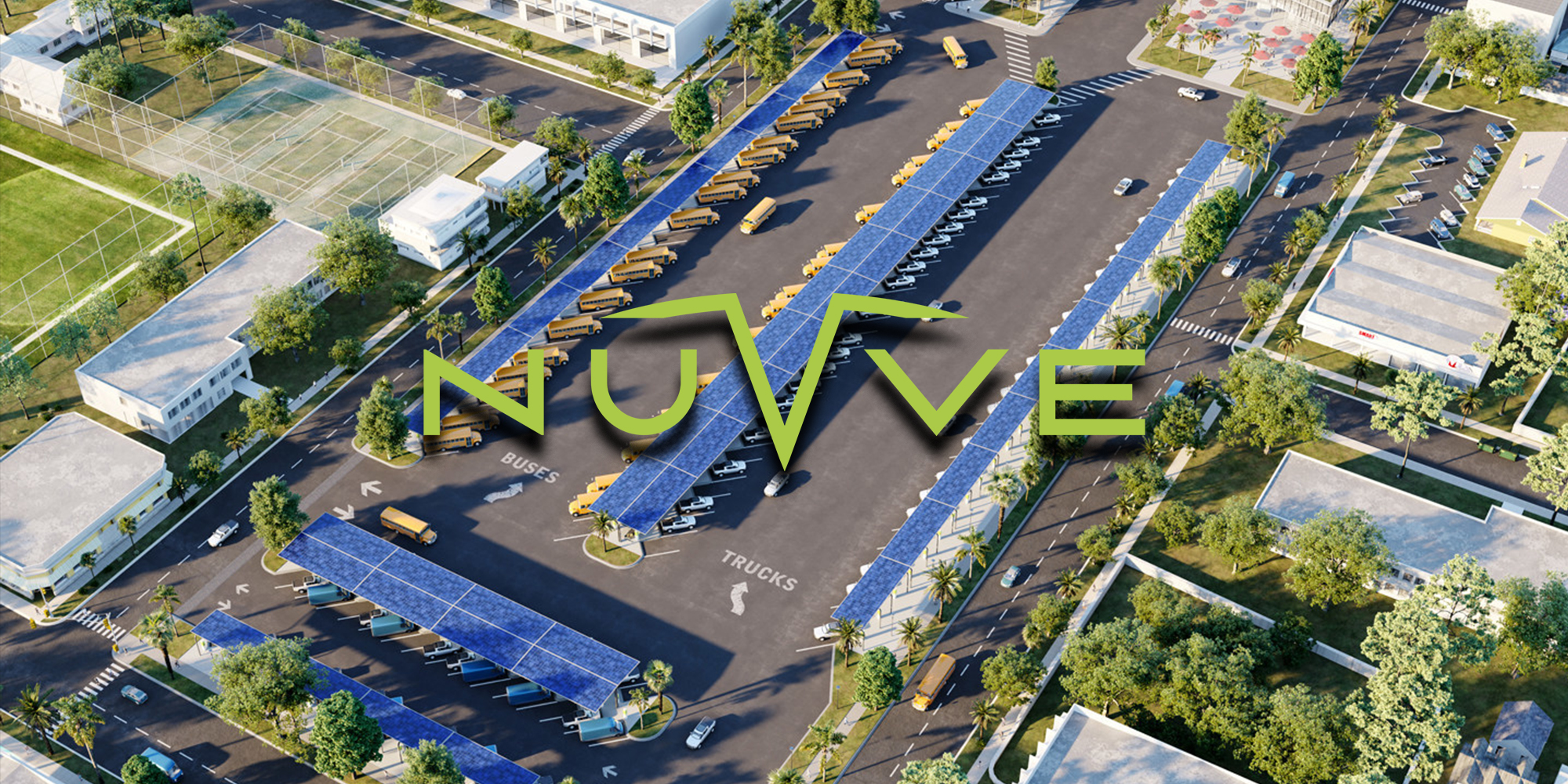 Nuvve is a San Diego-based electrification company specializing in transportation and V2G capabilities specifically. According to its company bio, Nuvve has launched successful V2G projects on five continents and is developing partnerships with utilities, automakers, and electric vehicle fleets worldwide.

Electrek has previously covered the company over the past few years, as it has worked with EV companies to implement its V2G technologies in school buses in New York. More recently, Nuvve’s V2G technology was implemented on Blue Bird Buses electrified by Cummins in Peoria, Illinois.

Nuvve is utilizing its existing V2G partnerships to develop and implement EV charging hubs. Furthermore, Nuvve will also begin offering Transportation as a Service to help expedite the electrification process for fleets. Per the press release:

This combination of centralized charging infrastructure and end-to-end fleet support services makes it easier for light-, medium- and heavy-duty fleets to electrify by reducing large upfront capital costs, while Nuvve’s V2G technology reduces the cost of fleet ownership by enabling fleet vehicle batteries to store and sell energy, including from renewable sources, back into the grid.

Nuvve also believes these new V2G hubs can help resolve utility limitations caused by multiple interconnections to the grid from small energy storage systems like EVs. By implementing a group of hubs within a specific geographic area with large connections to the grid, Nuvve hopes to further enable energy access to its customers.

Simultaneously, Nuvve plans on delivering services to energy markets through more efficient means. The company anticipates hubs connecting in locations with access to 2-50 megawatts from the grid. Gregory Poilasne, chairman and CEO of Nuvve, said:

Electrifying fleets is critical to achieving our nation’s net-zero energy goals as the sector accounts for 20 percent of all transportation GHG emissions while comprising less than 10 percent of vehicles on the road. Many fleet owners want to electrify, but high upfront cost and concerns about charging infrastructure are slowing down adoption. Our global V2G hubs and TaaS model is a strategic way of resolving both of those challenges while maximizing the value of these vehicles by better harnessing renewable energy and reducing load on the grid.

These hubs will feature Nuvve’s V2G EV charging technology that can precisely manage the charging and discharging of parked EV batteries and prioritize vehicle and driver considerations. This includes factors such as battery health or the charge needs for specific driving duties.

Additionally, Nuvve’s system plans to combine the energy from multiple EV batteries to form what it calls virtual power plants (VPPs). This way, the company can then sell energy back to the grid and offer further services that help ensure stability, predictability, and resiliency. Not only will these proposed charging hubs be able to support charging for various EVs from consumer to commercial purposes, but they will also offer support to grid stakeholders.

Transportation as a Service

While the hubs themselves will serve a multitude of EVs and grid dependents, Nuvve’s TaaS business model will initially begin in commercial fleets. This will eventually include last-mile delivery and ride-share services, but the V2G company plans to focus on electrified school buses first. This makes sense given Nuvve’s history of previous bus deployments. This move is especially appropriate after the Biden administration’s recent commitment to electrify the entire nation’s diesel school buses.

Nuvve’s TaaS offering will allow organizations to more easily electrify their fleets by paying a monthly fee covering leasing, charging infrastructure, energy costs, vehicle storage, and vehicle maintenance. We reached out to Nuvve to see how much of this process it would be covering with its TaaS model, and it’s essentially everything but driver training at this point. Marc Trahand, EVP Marketing at Nuvve, told Electrek:

Nuvve is providing a full service. This new TaaS includes a menu of options including the leasing, charging infrastructure and the maintenance that goes around it. We bring the grid side and service side and make it more affordable with V2G at its core. We’re not only the go to for all of this infrastructure, but we can make it possible and easy too. The service will be a lower cost than if you didn’t have V2G on these structures.

Nuvve’s V2G technology indeed offers a one-two punch with charging infrastructure to help lower costs for consumers. The company plans to begin initial deployment of hubs near its headquarters in San Diego. We asked the company when we may see on of these hubs in real life, but Nuvve was unable to offer and specific timeline for a rollout yet.

This feels like a business-savvy move from a company that has already been entrenched in V2G technologies for some time now. If you’re reading this, you more than likely understand that the immediate future is electric.

We cover a lot of EV manufacturers and the skyrocketing number of sales, but a major hurdle looking ahead is infrastructure. V2G technologies in EVs like those provided by Nuvve can and will continue to help alleviate some of the impending stress coming to electrical grids worldwide.

The fact that Nuvve has decided to not just implement V2G capabilities in fleet vehicles but to also develop, build, and manage charging hubs may prove very wise for the company. Furthermore, by adding TaaS, Nuvve can entice more customers by providing virtually everything they would need to go electric.

What’s even better is, through capturing renewable energy at hubs and profits from bidirectional charging serving back to the grid, Nuvve will be able to offer competitive savings for customers, making them a one-stop shop.

We will have to get a closer look at one of these hubs after the first ribbon cutting ceremony in SoCal. That’s something we at Electrek can certainly do and look forward to covering. If these hubs are the real deal, they could be huge for EV charging infrastructure.