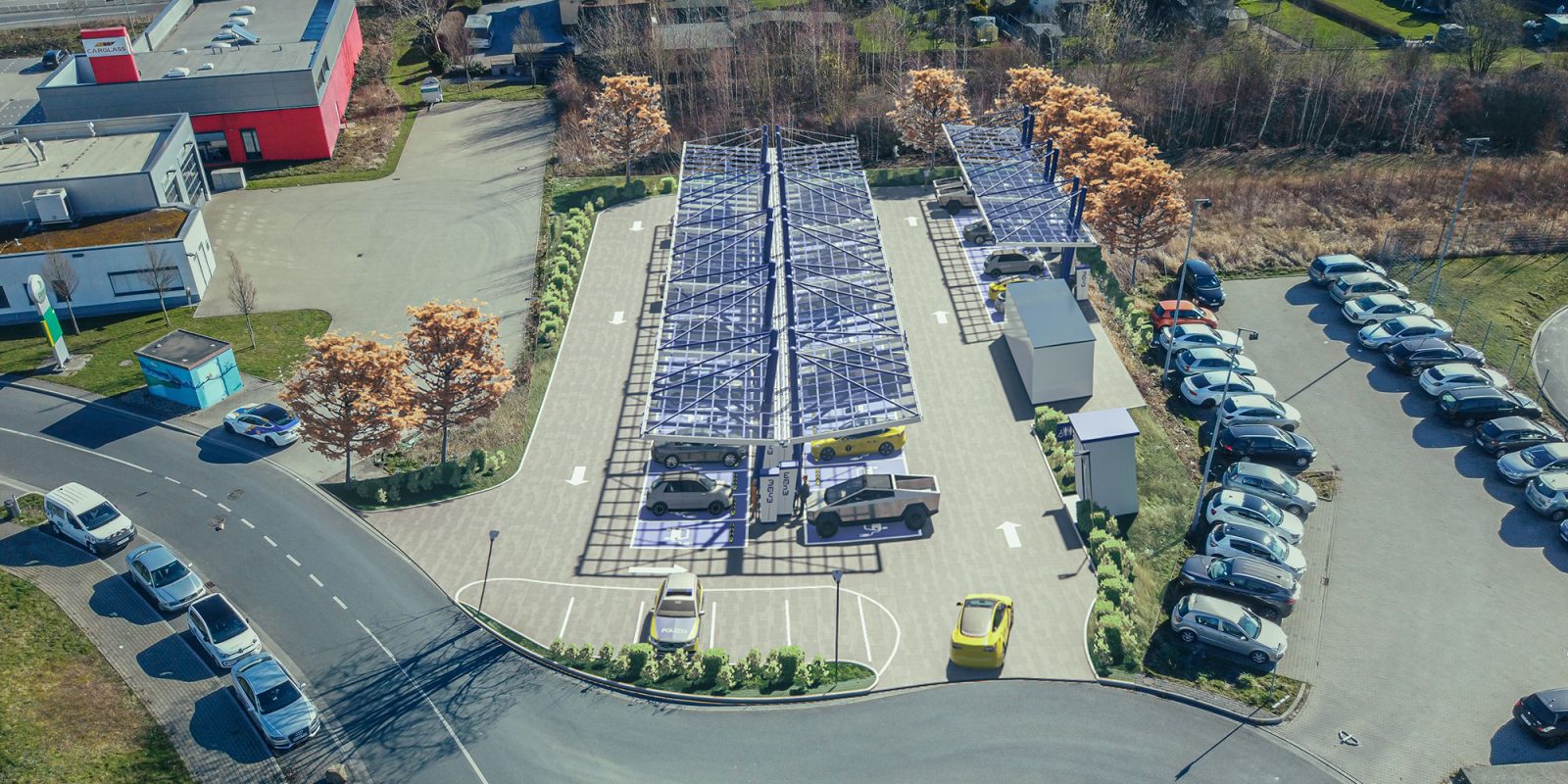 German electric utility company EnBW has announced it is implementing a flagship charging station at the Kamener Kreuz autobahn interchange. When complete, the 52 charging points will make it the largest public fast charging station in Europe, according to EnBW.

Energie Baden-Württemberg AG, or EnBW for short, is one of the largest electric utility companies in Germany, with nearly 25 years of experience. Over the past few years, EnBW has honed its focus toward electric mobility solutions and infrastructure, including its nationwide quick charging network.

Most recently, EnBW announced the largest fast charging station in Europe yet, offering 52 separate charging points. According to the press release, these chargers will supply 100% green energy and will have charging capacities of up to 300 kilowatts. Solar panels will supply the chargers with up to 120 kW of electricity and feed any surplus energy back into the local grid. Furthermore, all charging points will be covered and illuminated. Timo Sillober, Chief Sales and Operations Officer at EnBW said:

The Kamen site is the next step in fast charging, after over a year of rolling out our fast charging sites at an average rate of one a day. It shows the future of quick and easy charging today.

We asked a spokesperson for EnBW what makes this charging station the largest in Europe. We were told this station will feature the largest number of fast chargers (52) that are also publicly accessible and available to all types of EVs. The station will be located on a very busy long-distance artery in the Rhine-Ruhr metropolitan region, offering plenty of drivers a spot to stop in and recharge. Sillober again elaborates:

Whether it is for people making a quick trip in town, doing their shopping or travelling a longer distance, our EnBW HyperNetz charging network puts public charging infrastructure where EV drivers need it. We are doing this both by developing sites of our own as in Kamen and Rutesheim and by partnering with major players from various industries.

EnBW is planning to operate 2,500 fast chargers across Germany by 2025. That number would eclipse the current number of gas stations operated by any one of the country’s leading oil companies. Work on the charging station at the Kamen site is underway and is expected to begin operations by the end of this year.

Any news about increased charging infrastructure in the world should be welcomed at this point in time. EnBW seems like it has a good jump on its network of charging stations, at least in Germany, which should be reassuring for European EV drivers.

We had to clarify with the company how it determined that this will be the “biggest” charging station in Europe because 52 charging points didn’t initially sound that big, especially when you think about a Tesla Supercharger station in California that offers over 70 charging points, or another that is planned to deliver 100. We suppose everything truly is bigger in America, which is not always a good thing, especially with autos. In terms of EV chargers, though, more is certainly better.

EnBW understands this too and has been taking an aggressive approach to not only supplying more universal fast charging options to drivers in busy areas but by using renewable energy like solar. Not to mention, as a prominent German utility company, they are able to supply excess energy back to the grid when needed.