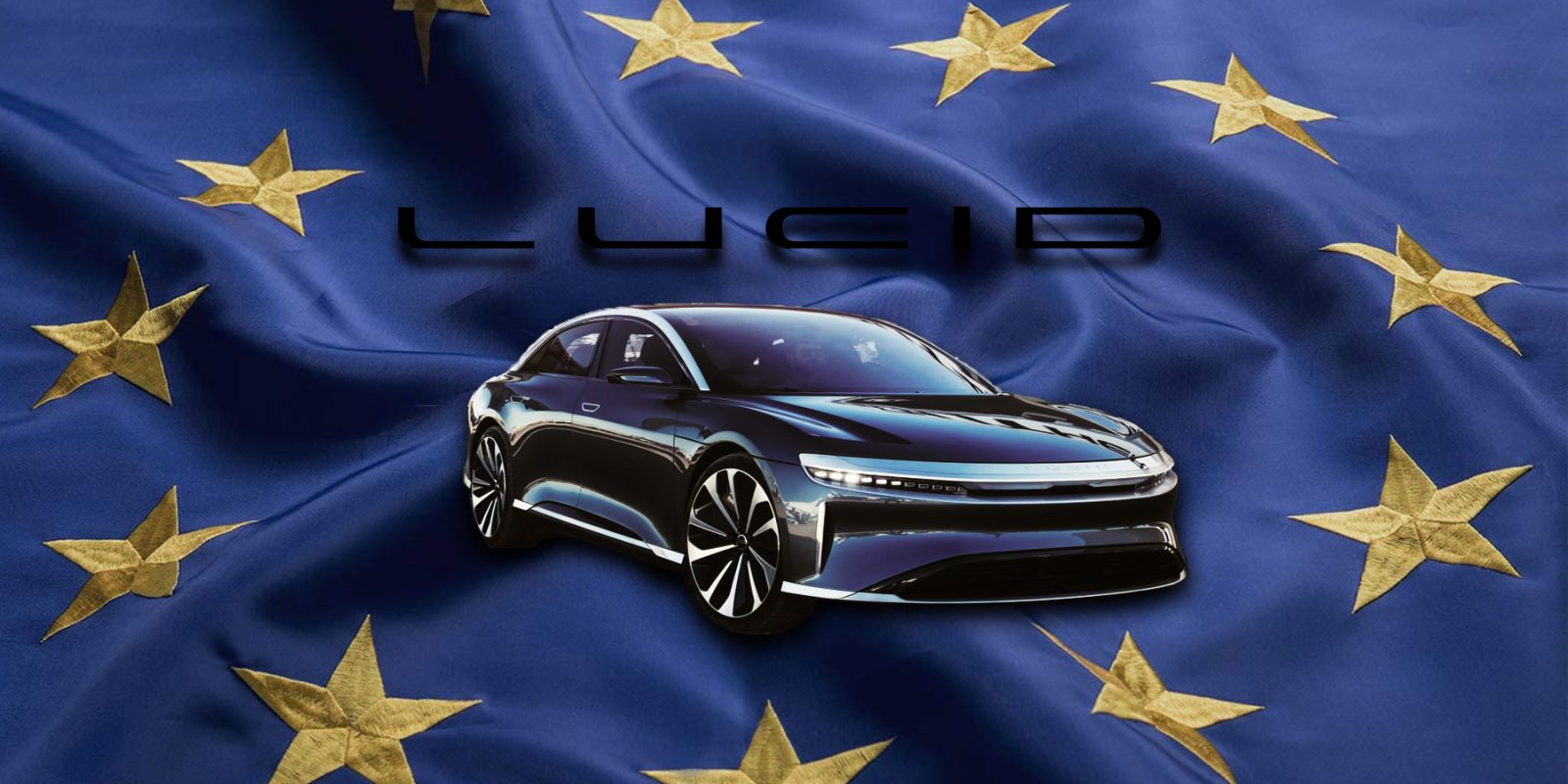 In a recent reply to a follower’s question on Twitter, Lucid Motors just revealed that it plans to begin deliveries of its first vehicles to European countries at the end of this year. That timeline has since changed. Nevertheless, the American automaker’s Air sedan is scheduled to begin deliveries stateside this spring.

Lucid Motors came out swinging at all EV competition with the debut of its Air sedan. Last fall, Lucid’s Air prototype beat a Tesla Model S Performance in a quarter mile race. This immediately captured the attention of EV fandom. As an encore, the Air beat the Laguna Seca track record held by Tesla’s Model S Plaid prototype.

Lucid Motors’ reign at the top was short lived, however. Tesla quickly answered back with new records at the hands (or tires) of its upcoming Model S Plaid. Nevertheless, Lucid earned some genuine street cred as a future competitor to Tesla… or at the very least, a contender.

The subtle jabs have continued from Tesla as well, which only helps solidify the idea that the world’s most valuable automaker by market cap sees Lucid Motors as a potential threat. CEO Peter Rawlinson, who was actually the chief engineer at Tesla before joining Lucid, has said in an interview with Yahoo Finance that he does not see Lucid as a Tesla rival. Rather, he explains that Lucid is going after longer established, luxury automakers like Mercedes Benz and its S-Class vehicles.

The Lucid air sedan has commenced production and its first luxury trim, the Air Dream Edition. It is scheduled to deliver stateside this spring. There is an emphasis on luxury in regard to this EV, as its starting price is $161,500. If you’re looking to save money on an Air, it gets better as time goes on. The Air Grand Touring is a tier below the Dream Edition. That one delivers in fall. The Air Touring will only run you $87,500 minimum and is slated for late 2021. The least expensive Air Pure starts at $69,900. However, you won’t see it until 2022.

As an American manufacturer, it’s no surprise that Lucid has prioritized a rollout in the United States. However, it appears the company also has plans to expand to Europe before 2021 comes to a close.

In a recent reply from its verified account directly to a Norwegian fan’s Tweet, Lucid Motors gave “late 2021” as a timeline for European deliveries. Unfortunately Lucid has not provided the world with any more details other than that loose date. In January of 2020, Lucid’s website began taking reservations from European countries for its Air sedan. It appears to have all intents to make good on its promise to expand to other global markets, even if the timeline is rather vague for now.

Update: This article has been updated to reflect that Lucid Motors’ official Tweet is incorrect. According to a spokesperson from the company:

Lucid Motors will start customer deliveries in Europe in the first half of 2022. The recent social media response of ‘late 2021’ is inaccurate, but all future communications will reflect the correct timing.

Well that’s certainly not as cool as seeing Lucid Airs cruising around Europe in 2021, but better late than never right? From everything Lucid has shared with the world so far, its premiere EV should hopefully be worth waiting for. At the very least, Europeans can let North America to work out any kinks before they see their deliveries.

A quick trademark search through the EU brought zero results pertaining to the Lucid Motors Inc. brand, but that doesn’t mean it won’t hit its deadline overseas. Keep it glued to Electrek for the latest Lucid Motors updates, including its inevitable invasion into the European market.