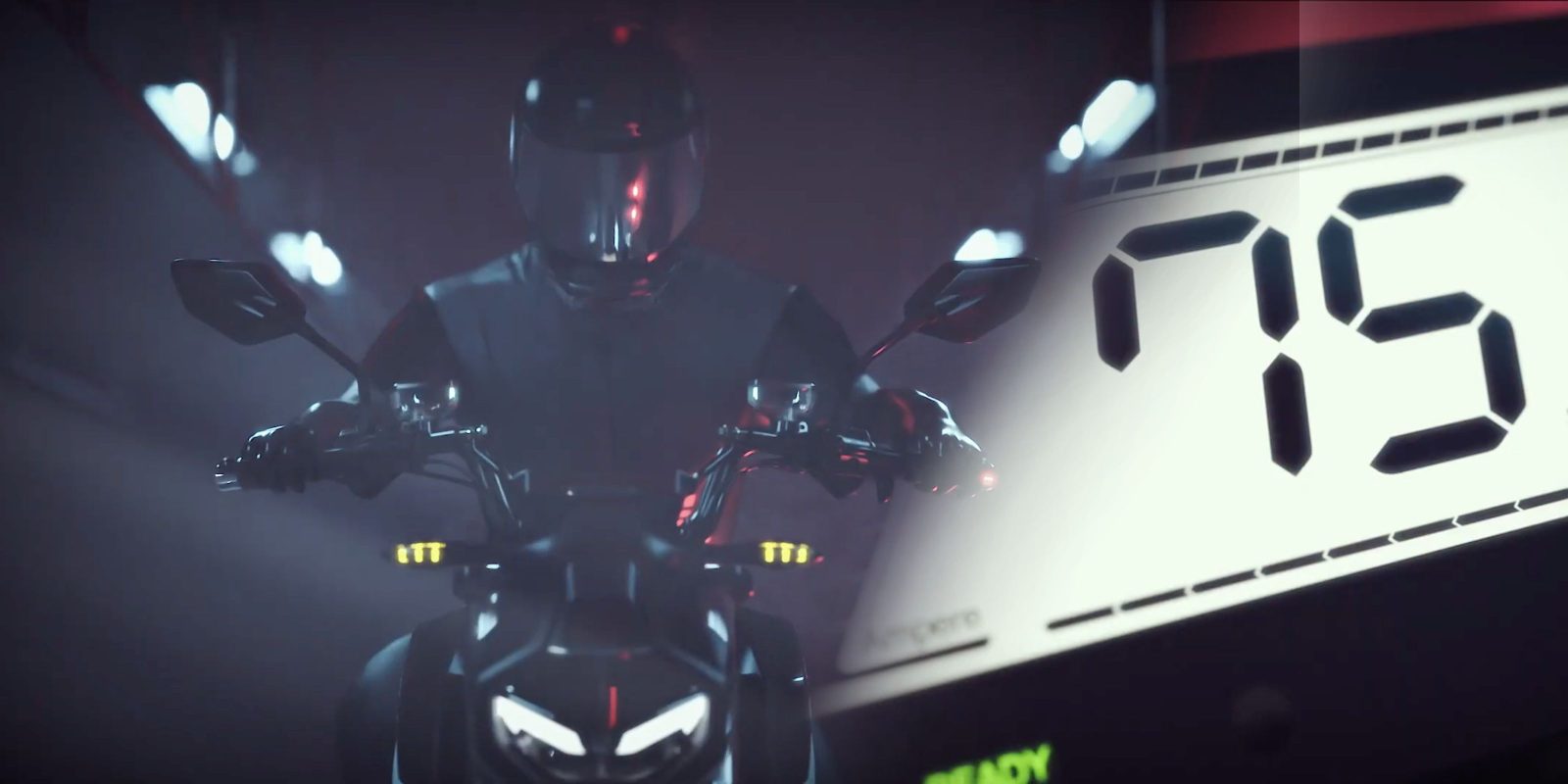 Vmoto’s presence in much of Asia, Europe, and Australia has led to increased interest in the launch, as the new bike stands a good chance of reaching multiple international markets.

The original teaser left enough ambiguity that we weren’t sure if the upcoming launch would be for a motorcycle or a scooter.

But now, the company has released a new teaser video that clearly indicates the new bike, known as the TS Street Hunter, will be a full-fledged electric motorcycle.

The 24-second video, seen below, gives us a few quick shots of the bike revealing its motorcycle form.

It looks fairly similar in size to the Super Soco TC MAX electric motorcycle; however, it features styling more in tune with sportbike design.

The retro-inspired headlights and seats of the TC and TS electric motorcycle model lines are replaced by a more aggressive fairing and sportier seating position.

The bike appears to retain the dual handlebar-mounted brake levers though, meaning it isn’t going full-street bike yet.

We don’t have any information regarding the TS Street Hunter’s motor power or battery capacity, two of the key performance specs of an electric motorcycle.

However, the video may hold a clue to the bike’s top speed. The digital speedometer seems to peg the proverbial needle at 75 km/h (46 mph) after accelerating quickly.

That top speed would actually be a bit of a downgrade, as Vmoto’s Super Soco TC MAX electric motorcycle is already capable of speeds approaching 100 km/h (62 mph).

Of course, the speedo stopping at 75 km/h in the video could be a red herring as well. We likely won’t know until the full unveiling at the Vmoto Soco World Première 2021, the date of which is yet to be announced but expected to be coming soon.

The TS Street Hunter is likely to join other light electric motorcycles being unveiled this winter.

We’ll be back to update as soon as we have more information.