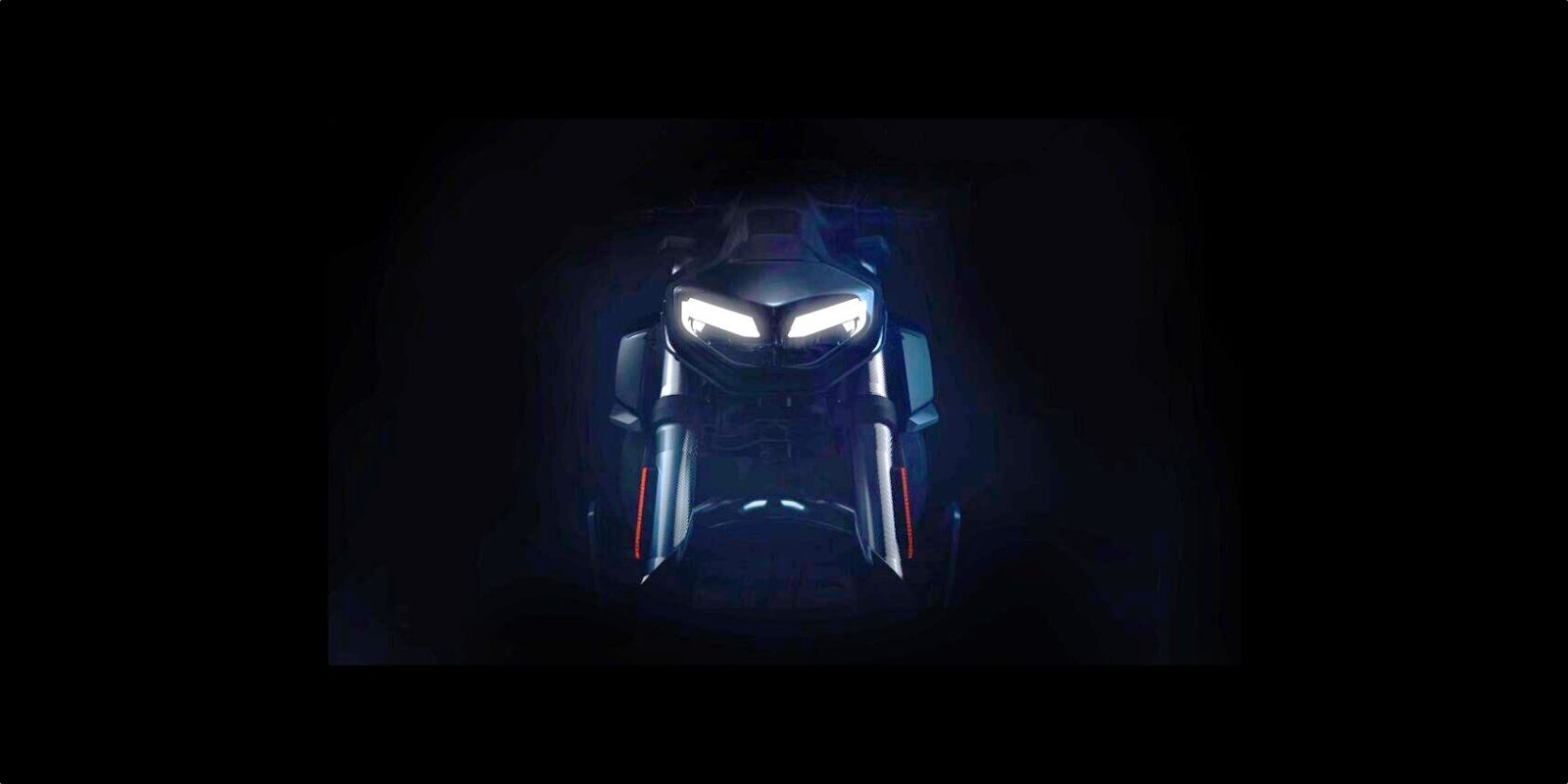 Vmoto Super Soco is teasing an upcoming unveiling of the company’s latest electric two-wheeler. And while the clues are tantalizingly few, the direction points toward a larger format electric motorcycle than Super Soco has ever produced before.

The Super Soco TS and TC are both naked electric motorcycles in the 50cc-ish equivalent range.

They offer restricted speeds in the neighborhood of 30 mph (50 km/h) from 1.5kW motors.

The Super Soco TC Max, which we saw unveiled in person at the 2018 EICMA Milan Motorcycle Show, upped the ante with more power and higher speed. The TC Max features a 5kW motor and a top speed of 100 km/h (62 mph).

It’s hard to see much of the body panels around the front fork, but it almost seems to take on a sportbike countenance.

The dual front headlights that appear to be on a more angular fascia also point toward a more aggressive and aerodynamic design. To me, that implies higher speeds.

We also get to see another teaser image that looks like a closeup of part of the bike’s fairing.

It’s hard to make out exactly what we’re looking at here, but the panel gaps imply a door to me. That could be the hinged cover of a charging outlet — and if so, then the size seems to imply a larger Level 2 plug instead of Super Soco’s previous Level 1 charging method.

The only reason to offer Level 2 charging would be if the batteries were larger and non-removable, which would again imply a more powerful electric motorcycle that necessitates a larger capacity battery pack.

However, we could be looking at a red herring that is simply an ornamental panel. And the entire bike could just be a new scooter, following on the heels of Super Soco’s latest 90 km/h (55 mph) electric scooter launch.

What do you think we’re looking at? Another electric scooter or a higher-power electric motorcycle? Let’s hear your thoughts in the comment section below!