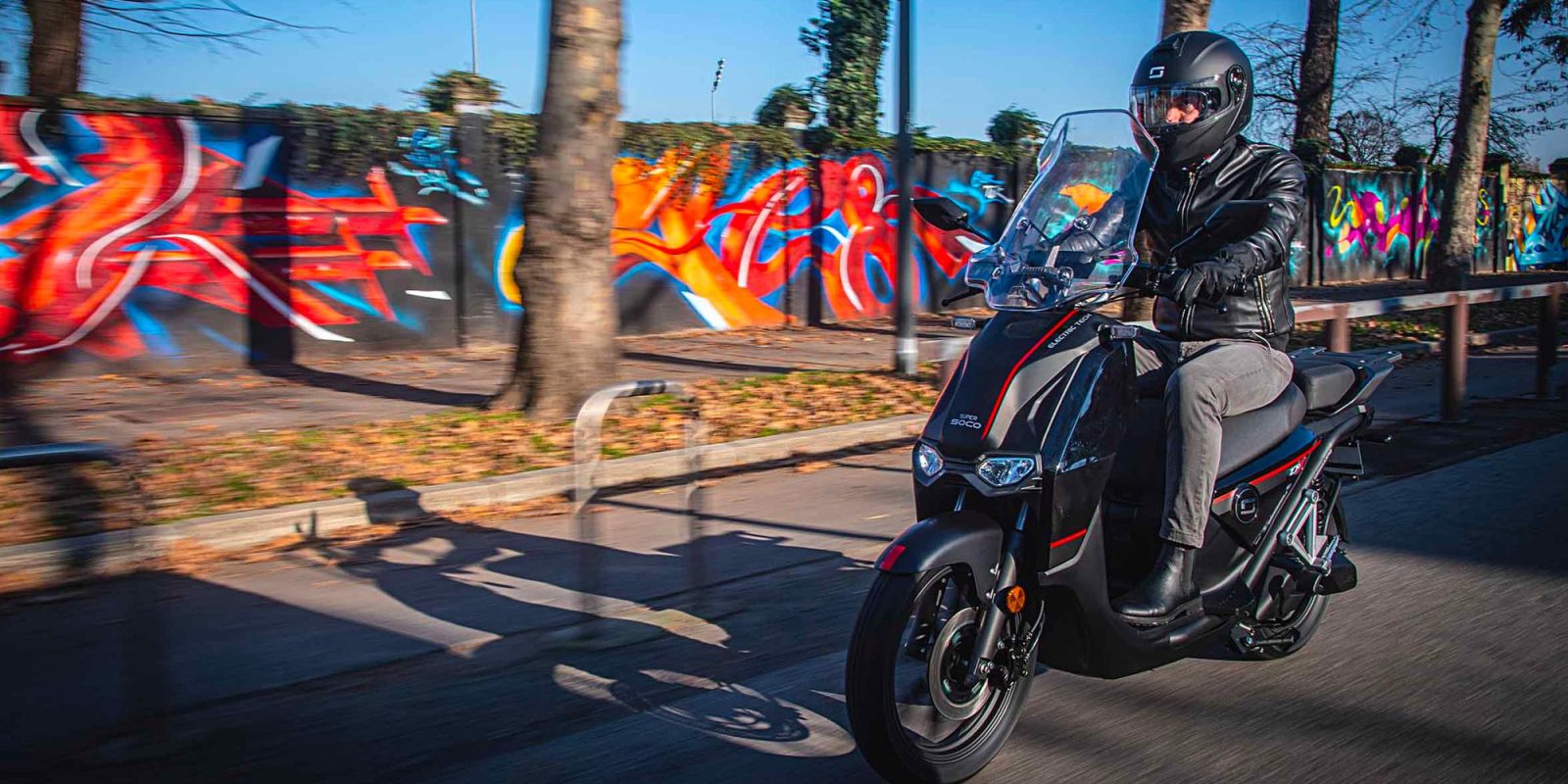 Super Soco may be better known for its 50cc-equivalent electric scooters and motorbikes, but the larger and more powerful Super Soco CPx is now pushing the company into higher speed and longer range territory.

I first received an up-close look at the Super Soco CPx when it was originally unveiled at the EICMA Milan Motorcycle Show last year.

The Super Soco CPx is powered by a 4 kW electric motor in the rear wheel that powers the scooter up to 55 mph (88.5 km/h).

The CPx can support either a single or dual 2.7 kWh batteries in the pair of battery compartments under the seat.

While small for a maxiscooter, the Super Soco CPx will compete with a growing field of higher power and longer range electric scooters.

The NIU NQiGT Pro features nearly identical range estimates from its pair of high capacity batteries, though reaches a slightly lower top speed of around 78 km/h (46 mph). I’m a bit biased towards the NIU, but that may be because I own one.

The Silence S01 offers higher speeds of up to 100 km/h (62 mph) and may pose more direct competition to the Super Soco CPx.

Neither will reach anywhere close to the BMW C Evolution electric maxiscooter, which tops out at around 130 km/h (80 mph).

With so many options hitting the market, urban scooter riders are finally finding some much-needed variety when it comes to choosing an electric scooter to replace those old, noisy, and finicky gas scooters!