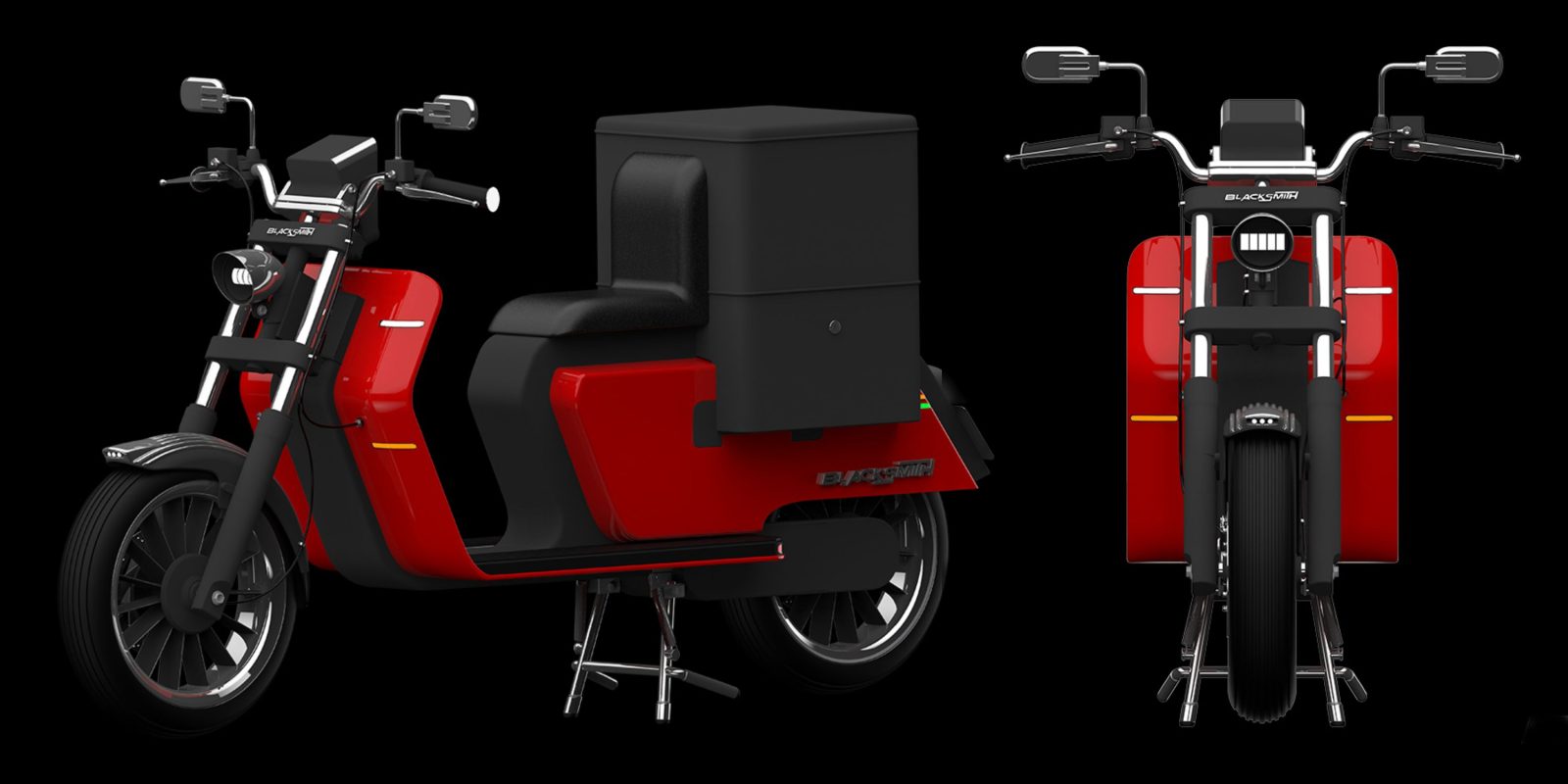 Blacksmith Electric has added a new electric scooter model known as the B4 to its existing lineup of electric motorcycles and scooters.

The Chennai, India-based electric motorbike startup appears to have drawn heavily upon the design of their previous iteration, the B3. That scooter was in turn largely based on their stunning B2 electric cruiser motorcycle unveiled in the summer of 2019.

Those previous models were originally slated for release in 2020.

But as we know, 2020 had different plans for many electric vehicle startups. The COVID-19 pandemic derailed the short and mid-term strategic planning for Blacksmith, delaying the company’s product releases.

But now Blacksmith says it’s ready to finally roll out vehicles in 2021 – and they’re putting your money where their mouth is by taking pre-orders on the new B4 and its delivery version, the B4+. Refundable deposits are now being accepted.

The Blacksmith B4 incorporates a neo-retro design and is powered by a 5 kW electric motor capable of bursts of 14.5 kW.

In an odd move, Blacksmith hasn’t released details on the actual capacity of the battery, only claiming that it should be sufficient for 120 km (75 miles) of range and can be recharged in four hours.

For those looking to replace a second rider with cargo, Blacksmith’s new B4+ electric scooter variant adds a large cargo box to the rear of the vehicle. The company is positioning the B4+ as a courier or delivery electric scooter.

The full price of the B4 hasn’t been released, but the company’s B2 electric motorcycles were projected to enter the market in the US $4,000-$5,000 range, so the B4 should likely fall below that level.

Two-wheeled vehicles lead the way in India, and the government is actively pushing to replace the millions of gas-powered motorbikes on the roads with cleaner electric models.

Blacksmith isn’t the only Indian startup looking to break into the booming Indian electric motorbike market. In addition to several larger startups already delivering vehicles in the country, many other electric motorcycle companies are still in the race to production after revealing interesting prototypes.

Will the B4 ever make it past the rendering stage and onto the road? It’s hard to say for sure at this point, but I sure am rooting for it! What do you think of Blacksmith’s latest design? Let us know in the comment section below!

How to test drive a Tesla during the pandemic