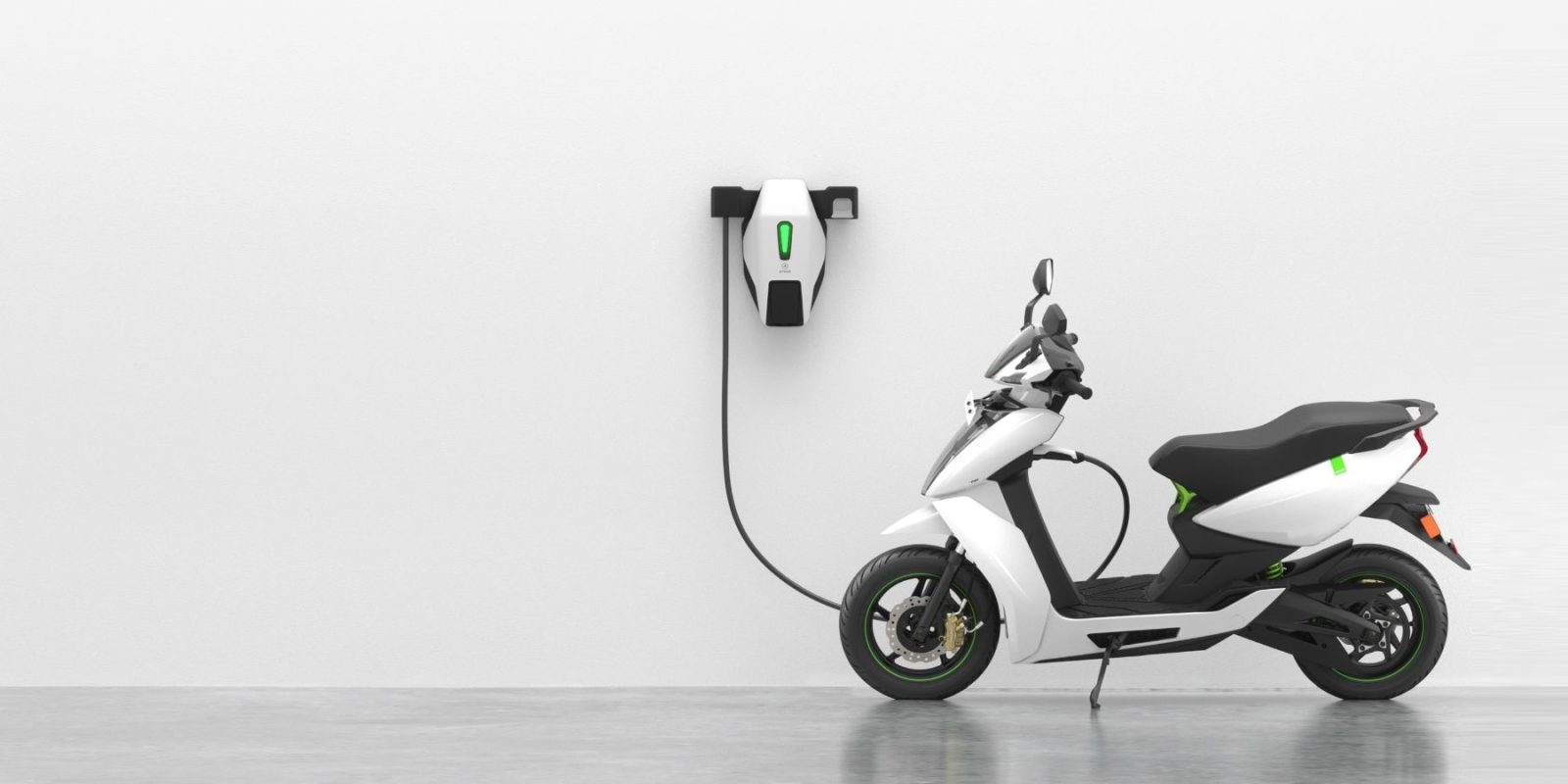 Ather Energy has launched two new electric scooters today with a flashy unveiling event, after being in the works for two years.

The Ather 340 was revealed as the company’s entry-level model while the Ather 450 is a higher power and higher speed version that retains the same physical appearance.

The Ather 340 has been teased for months, but it was finally wheeled out onstage this morning in Bangalore, India – the hometown of Ather Energy. It competes against many other electric scooters in a rapidly growing EV market in India. 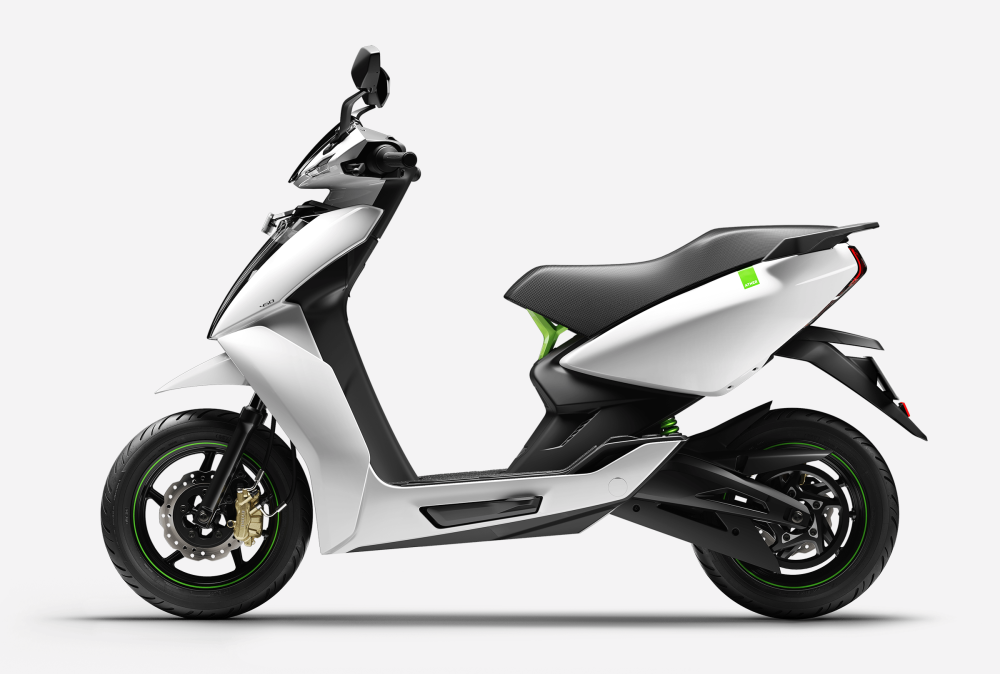 The Ather 340 and 450 both look nearly identical from the outside, and both scooters sport cloud-connected 7-inch capacitive touchscreens to display speed, battery life, mileage, range, efficiency and even GPS map navigation, among other features.

Pre-orders opened for the scooters today in Bengalore only, with deliveries slated to begin in August. 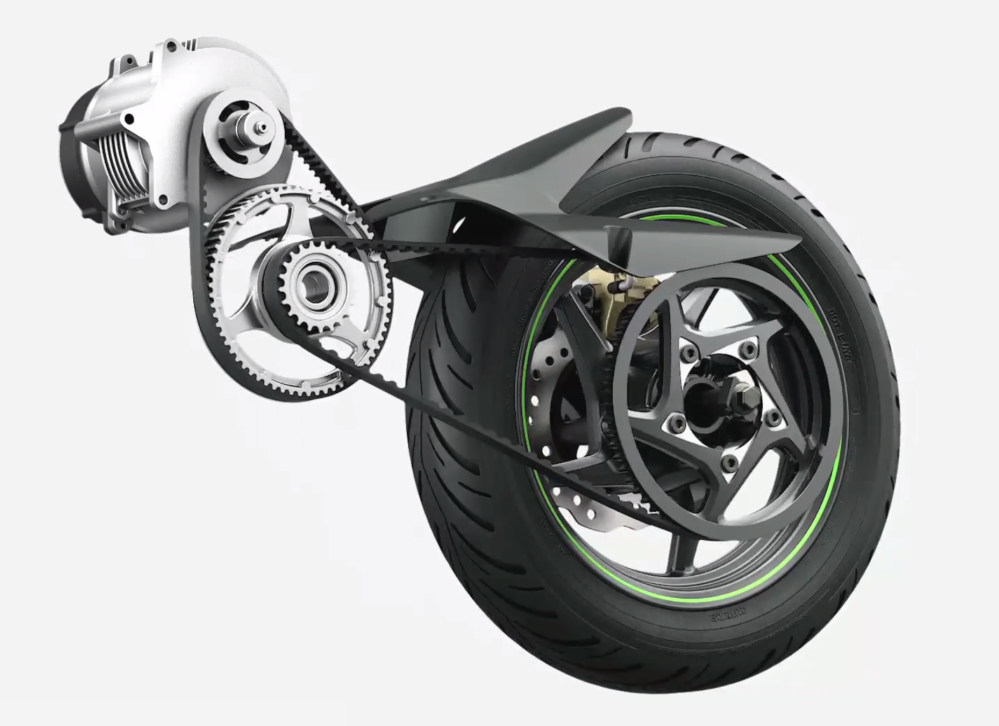 The Ather 340 is priced at $1,490 while the Ather 450 stretches the wallet only a little further at $1,860. While these prices might seem cheap by western standards, the Ather scooters are some of the most expensive electric scooters in India. Competitors such as 22Motor’s Flow electric scooter are priced as low as $1,125 in India.

But Ather Energy isn’t only offering their new electric scooters to customers. They are also promising an entire charging infrastructure too – free charging included.

Ather is hard at work building up a robust charging network known as the AtherGrid across Bengalore, and plans to expand the network across 30 other cities. The goal is to eventually have a charging station placed no more than 4 km (2.5 mi) from any other charging station around the city.

The chargers are rated for 60 km/h (37 mph) charging for the first 80% of the pack’s charge cycle, and allow for remote monitoring of your charging via Ather’s charging app.

Charging stations are located at many local businesses, including offices, gyms, cafes, restaurants and malls. 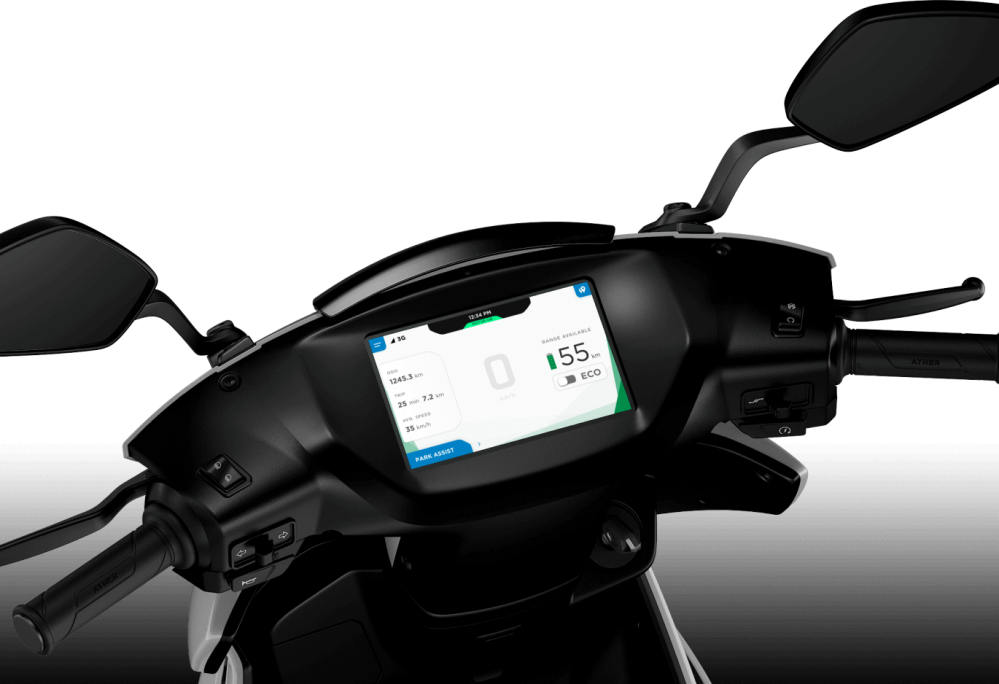 Ather’s startup journey was aided by some very large players in India and internationally. US-based hedgefund Tiger Global invested the initial $12 million into the company. Follow-on funding of $30.5 million from Hero MotorCorp, the largest motorcycle company in India, helped propel Ather towards their successful launch today. The buy-in by such a large industry player is considered by many to be a major factor in helping Ather gain the support needed to compete in a quickly crowding market.

As Ather continues to expand their operation across India, let’s hope that exports are on the company’s horizon.

We’ve been seeing a lot of Indian electric scooters over the past few weeks and months, including the Flow, GenZe 2.0, these new Ather scooters and others. That’s no surprise, since India has the largest two-wheeled vehicle concentration in the world.

The increasing number of designs coming out of India is incredibly promising. I would gladly hop on any of these scooters today, and can’t wait until they are eventually exported to the US and the rest of the world. Sign me up.

What about you? Would you consider commuting on one of Ather’s new scooters? Let us know in the comments below!