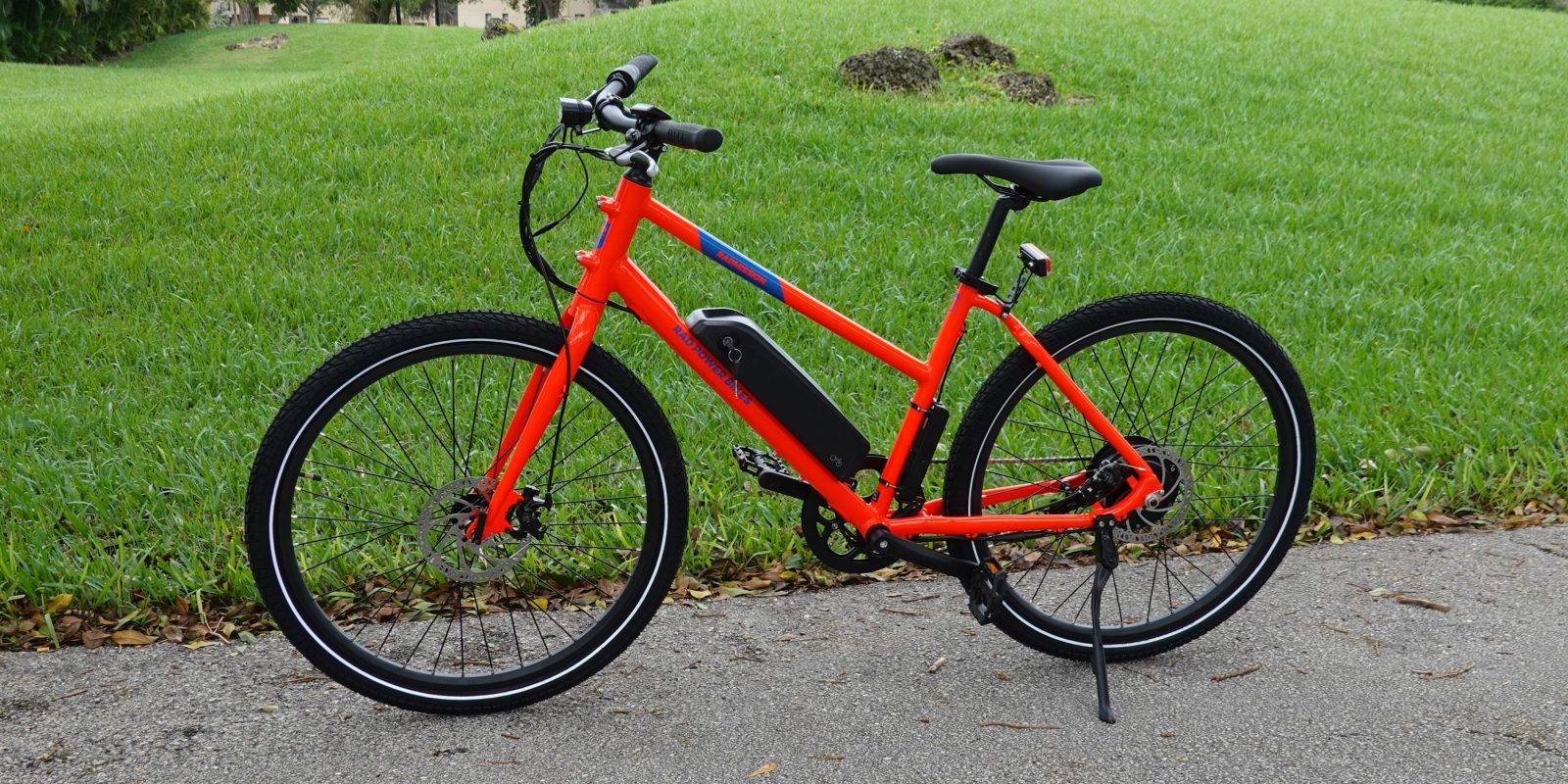 The RadMission electric bicycle from Rad Power Bikes is one of the company’s most interesting e-bikes to date. While it makes a few modest compromises to hit its impressive $1,099 price point (and is on sale as a bundle for $200 off right now through Black Friday), it scores big wins in most categories, making this an incredibly high bang-for-your-buck e-bike.

Click play below to watch my RadMission video review and see the bike in all of its glory. Then keep reading for my full, detailed review!

I think the RadMission is one of the coolest e-bikes Rad Power Bikes has made, due in large part to its bang-for-your-buck value.

But there’s also a few things to keep in mind here. The bike is great, but some small sacrifices were made to reduce the price from Rad’s standard level of around $1,500 for most of their e-bikes.

The main trade-offs are that you lose your gears and your LCD display in favor of a smaller LED display (meaning no odometer or speed readout). You get a bit smaller battery (504 Wh instead of 674 Wh) and a bit smaller motor (500 W instead of 750 W). There are also some slight quality tradeoffs, like plastic pedals instead of metal. And you don’t get some of the accessories included in the price, such as fenders or a kickstand.

So yes, there are compromises. But I’m more than willing to look past those initial trade-offs because the bike rides just as well as any Rad Power Bike I’ve ever tested and did I mention the bike only costs $1,099?!

Why is that important?

The important thing to realize here is that Rad Power Bikes isn’t a “budget e-bike company” like Ancheer or MacWheel or other ultra-cheap brands. Instead, Rad is what I prefer to call a “value e-bike company”.

So to get that level of quality at a price far below Rad’s normal price range is a serious service to the industry. And Rad Power Bikes has knocked it out of the park on this one.

What type of riding is it for?

I personally found the RadMission to ride great on my roads, but those of you whose streets look like a lunar landing site might want to invest in a seat post shock. I bought this cheap one (you need the 27.2mm size for the RadMission).

It hasn’t arrived yet, so I have no idea if its good or not, but I hope it will add a bit more cushion when I do things like ride across grass. I also plan on testing the RadMission as an inexpensive gravel e-bike, so it might be nice there as well.

With a single-speed, the RadMission also isn’t designed for the most extreme of hilly terrain, since there isn’t a lower gear to shift into.

That being said, the bike is totally fine on moderate hills and can even handle heavy hills as long as you don’t mind pedaling as well to help it. The only time I struggled on a moderate hill was when the battery was nearly empty, and at that point I had been riding for a couple days without charging and the battery just didn’t have enough juice left for full power.

The 500 W motor isn’t as strong as the 750 W you get from Rad’s other models, but it’s enough for decent hill climbing with added assist. And even though you can’t downshift, the throttle is basically a helper gear for the short slog from 0 to 10-ish mph. That’s the area where single-speed pedal bikes can be frustrating. But with the added throttle (or pedal assist if you prefer), you spend such a short period of time in that low speed range that the slow pedal cadence isn’t really noticeable.

Ultimately, all of this means you’re left with a potent, 20 mph (32 km/h) city e-bike with a range of between 20-45 miles (32-72 km), all for a sweet low price. And you of course have the ability to add a ton of different accessories from Rad’s extensive portfolio to customize the RadMission and turn it into whatever style of e-bike you want. There are big racks and baskets and bags if you need cargo capacity, there are fenders if you need an all-weather commuter, etc.

For me, I find the RadMission makes a great urban transport bike. I don’t really use it for hauling lots of cargo (I have a RadRunner for that), but instead I use it as a comfortable way to get around quickly. It’s a lightweight e-bike that I can lift up stairs without struggling and it has a nice open frame that is easy to lock to just about any weird solid object I can find on the street. It has narrow enough tires (1.95″) to make for a nimble and efficient ride, yet large enough that I still get a bit of cushion (unlike annoying thumb-width hipster-spec street tires).

I’ve also been doing some nice fitness riding on it. Nothing crazy, but I can leave it in pedal assist level 1 or 2 and get a nice little workout in while still enjoying my ride.

All of this is to say that the RadMission is basically your perfectly balanced urban e-bike, offering utility and performance while keeping the price affordable.

I still think the lack of a kickstand was a bit of a cheap shot since probably 95% of riders will need to add it. But I guess for anyone who just leans their bike up against things, that saves you a few bucks right there. But I’ve dropped and scratched my e-bikes enough times to want a kickstand.

Ultimately, the RadMission seems like a way to finally get a good quality e-bike into the hands of people who would be tempted to save money by getting a cheap Amazon e-bike instead.

It’s like Rad is saying, “We know that $800 Amazon e-bike is tempting, but why buy a piece of junk when we can give you something that is actually well made for just a few hundred bucks more?”

And I dig it. It’s an awesome all-around city e-bike at a great price. $1,099 for a bike like this is a steal of a deal. I hope it helps open the door for even more people to discover the benefits of e-biking.