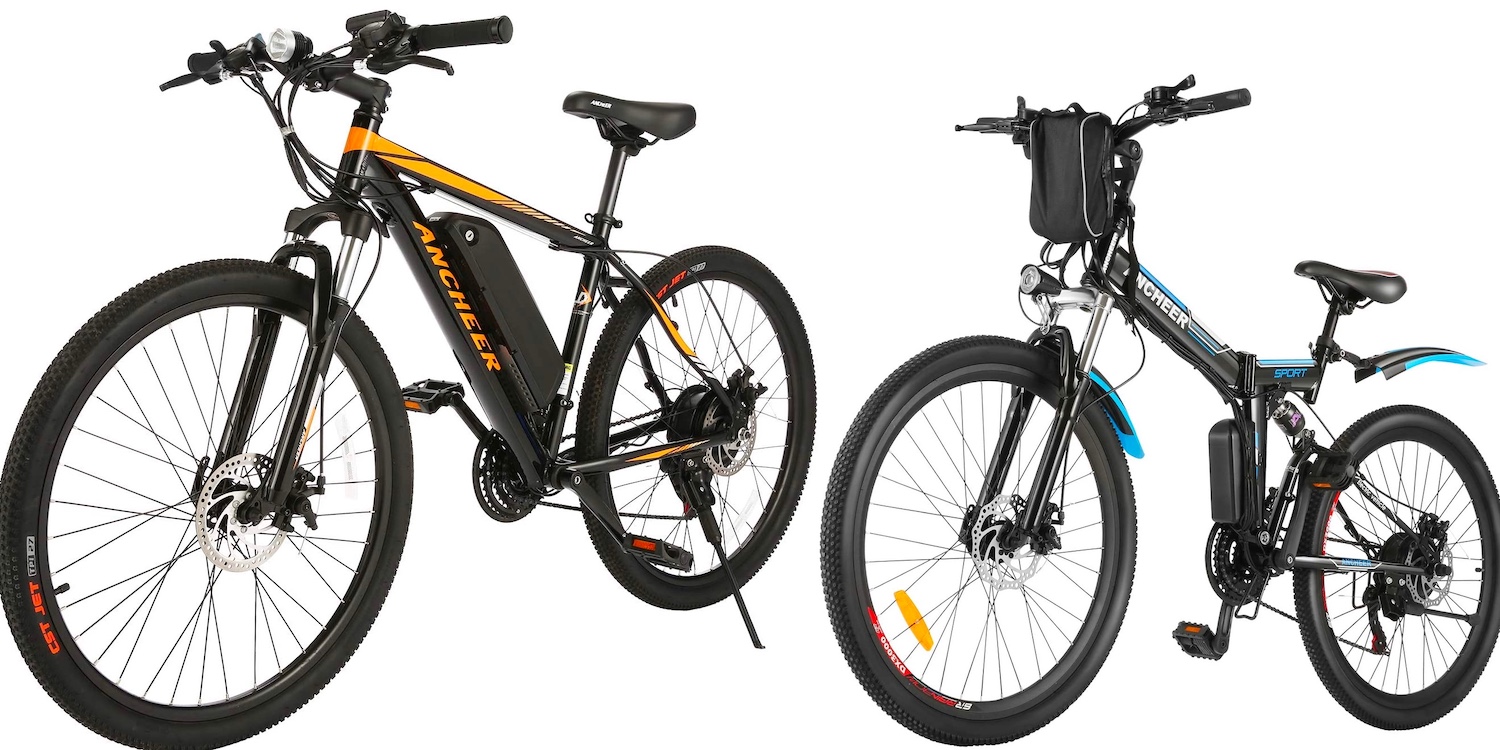 Not everyone has a few thousand bucks to drop on an electric bike so today I wanted to take a look at two of the least expensive, full-sized ebikes from Ancheer in both mountain bike and foldable formats. At around $600+ at Amazon, what compromises were needed to get to this price, and are they still a good fit?

Ancheer has been around for at least a few years, we’ve reviewed both of these bikes‘ predecessors around 2+ years ago, so I think they’ve escaped fly-by-night status.

We enjoyed both of the previous bikes calling them fun and surprising. The updated versions of those bike are more of the same. The fixed frame bike gets a more powerful 350W motor and bigger battery which brings it up to speed with the Rattan we reviewed last year. The foldable gets an updated geometry and spoked wheels as well as a lower price point.

But they are still Chinese bargain bikes sold thru Amazon so the expectations have to be tempered on component quality.

Since these are somewhat similar bikes, I’ll start with what’s the same.

Ancheer does offer some service and repairs but reviews of these have been mixed so you are rolling the dice a bit here. For what it is worth, in my experience Ancheer bikes have worked well out of the box and have aged as expected.

So, I’m not going to blanket recommend these bikes for everyone. Because of the compromises to get them down to the $600 price range, they are a more niche product. Should you go mountain biking with these? No. I’d stick to the roads, bike paths, and maybe a small gravel path or short expanses of dirt roads.

I would also avoid going up or down big hills extraordinarily fast. The brakes are adequate but I just wouldn’t trust these bombing down a hill at high speeds. Likewise, I was doing a lot more work than I wanted to, especially on the foldable, going up big hills. The Sunshine bike “shined” here with its 350W of power. But if steep hills are a big part of your life, you might want to opt for more torque/power…and name brand brakes.

So who are these Ancheer bikes for?

If you don’t go hard on your bike and can do a little maintenance like tightening some bolts, these make great bikes for around town. A quick shopping run, a stop at a friend’s house, or even a sunny day commute are all in the Ancheer wheelhouse. If your aging knees or small hills are getting in the way of biking, this is also a great solution. However, if you plan on using your bike a lot, and/or rely on it for hardcore situations, you might want to opt for a more expensive bike or a used/kit ebike.

Alternatives. If you can spend $400+ more, I think you will get a lot more peace of mind and a better experience from a Juiced or Rad Power ebike. They will likely last longer, require less maintenance, and be more pleasurable to ride.