Rad Power Bikes has just announced the RadMission electric bicycle. This single-speed electric commuter bike is officially the most affordable e-bike ever offered by the brand.

As the largest electric bicycle company in the US, Seattle-based Rad Power Bikes commands a large portion of the value-oriented e-bike market.

And while Rad Power Bikes’ current lineup includes e-bikes priced from $1,199 to $1,599, now the company is solidifying its dominance with the new $999 RadMission electric bike.

That motor propels the bike up to Class 2 speeds of 20 mph (32 km/h) with either pedal assist or throttle.

That would put it in line with the rest of Rad Power Bikes’ e-bike lineup, though range of course depends on a number of factors and can be highly variable. 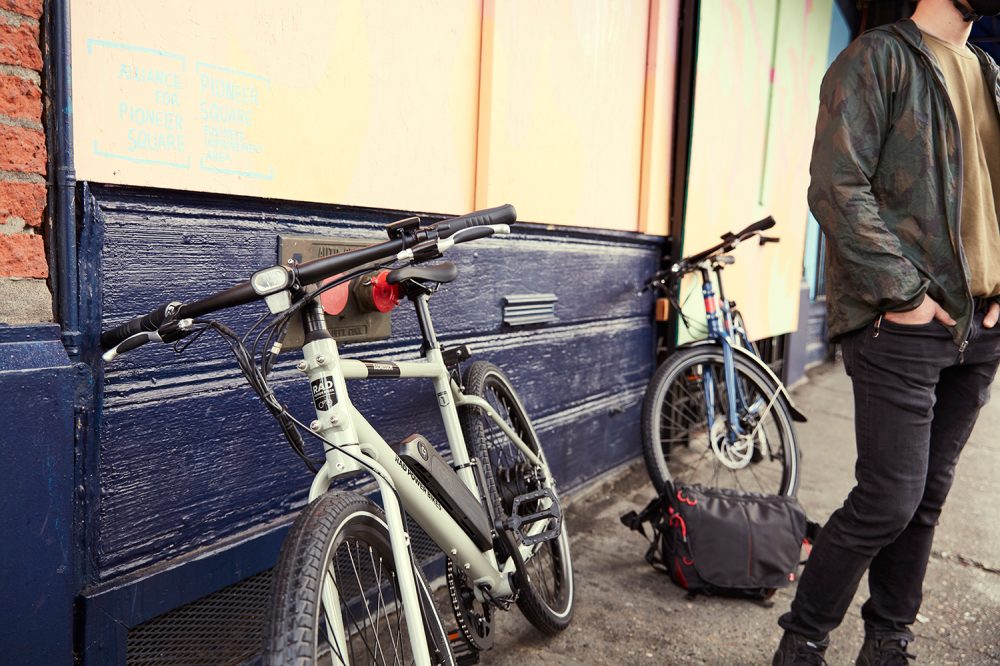 In fact, that appears to be the market that Rad Power Bikes is targeting — commuters who prefer an e-bike that is closer in line with lighter city bikes, but still has the added benefit of an electric motor for pedal assist or throttle-enhanced riding. The RadMission even comes in two frame sizes, with a high-step frame accommodating riders up to 6’5″ (195.5 cm) and a mid-step frame for riders down to 5’2″ (157.5 cm).

The RadMission is already available for pre-order now for a price of US$999. In Canada, the RadMission is priced at CAD$1,399, while Europeans can scoop one up for €1,099.

It appears that Rad Power Bikes’ goal with the RadMission is to produce the ultimate entry-level commuter e-bike. In fact, Rad Power Bikes’ founder and CEO Mike Radenbaugh has actually been commuting one of the first (heavily camouflaged) RadMission prototypes for the last three months.

As he explained in his own words:

I’m never going to stop commuting on this. It handles just like the bikes I used to ride as a kid. The narrower wheels help with that feeling, sure. But there’s something else to it, it just shreds.

And Mike believes that this could be the secret to the RadMission’s success in being able to get more riders on e-bikes. As he continued:

I’m really hoping that this could be the first e-bike for people who are just waking up to the fact that they don’t need a car to survive anymore. Bikes like these can get you from Point A to Point B, cut down on emissions, save money on gas, and ultimately change the entire transportation game. 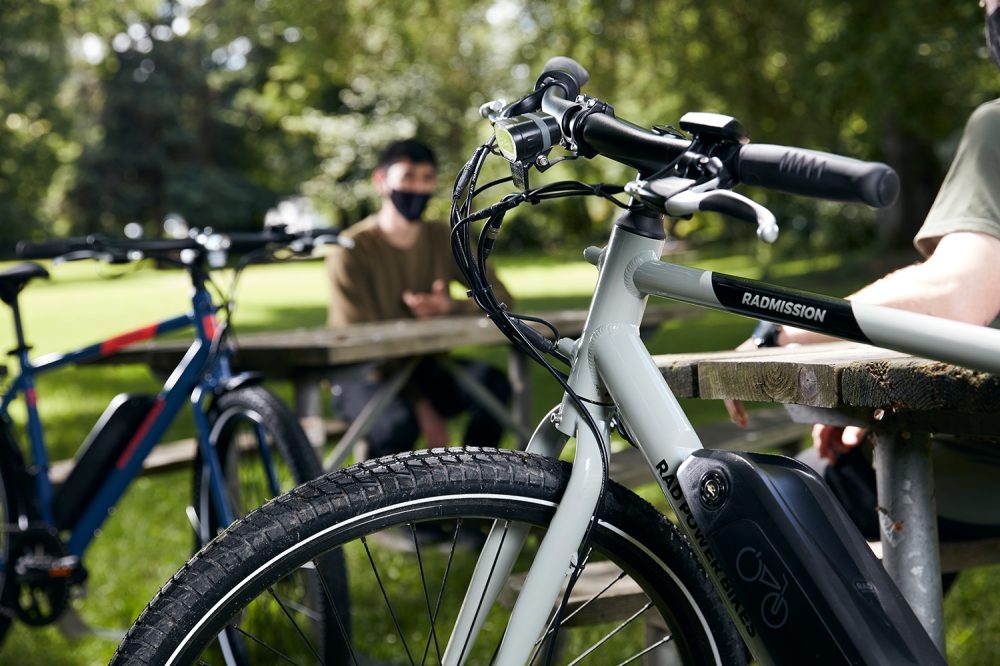 Well I definitely didn’t see this one coming. But I’m pleased as punch.

As much as I love Rad Power Bike’s existing lineup, the company isn’t known for lightweight bikes. All of their models are a bit extra, in that sense. But at 48 lb, the RadMission is definitely going to be easier to carry up a flight of stairs or lift onto a car rack.

More importantly, check out that price. By entering the market at under $1,000, the RadMission is moving Rad Power Bikes right down into budget e-bike territory.

So how did they do it? From what I can tell, the areas where Rad Power Bikes cut cost appear to be in the single-speed nature of the bike, the slightly smaller battery (504 Wh vs. 674 Wh), the slightly less powerful motor (500W vs. 750W) and the lack of a suspension fork. You do get LED lights, but it looks like fenders will cost you extra. Though with Rad Power Bikes’ extensive line of custom accessories, most people I talk to end up picking up a few accessories anyways.

For a city bike, I think those were all wise choices that helped Rad Power Bikes maintain the core features of the brand while still offering a killer price.