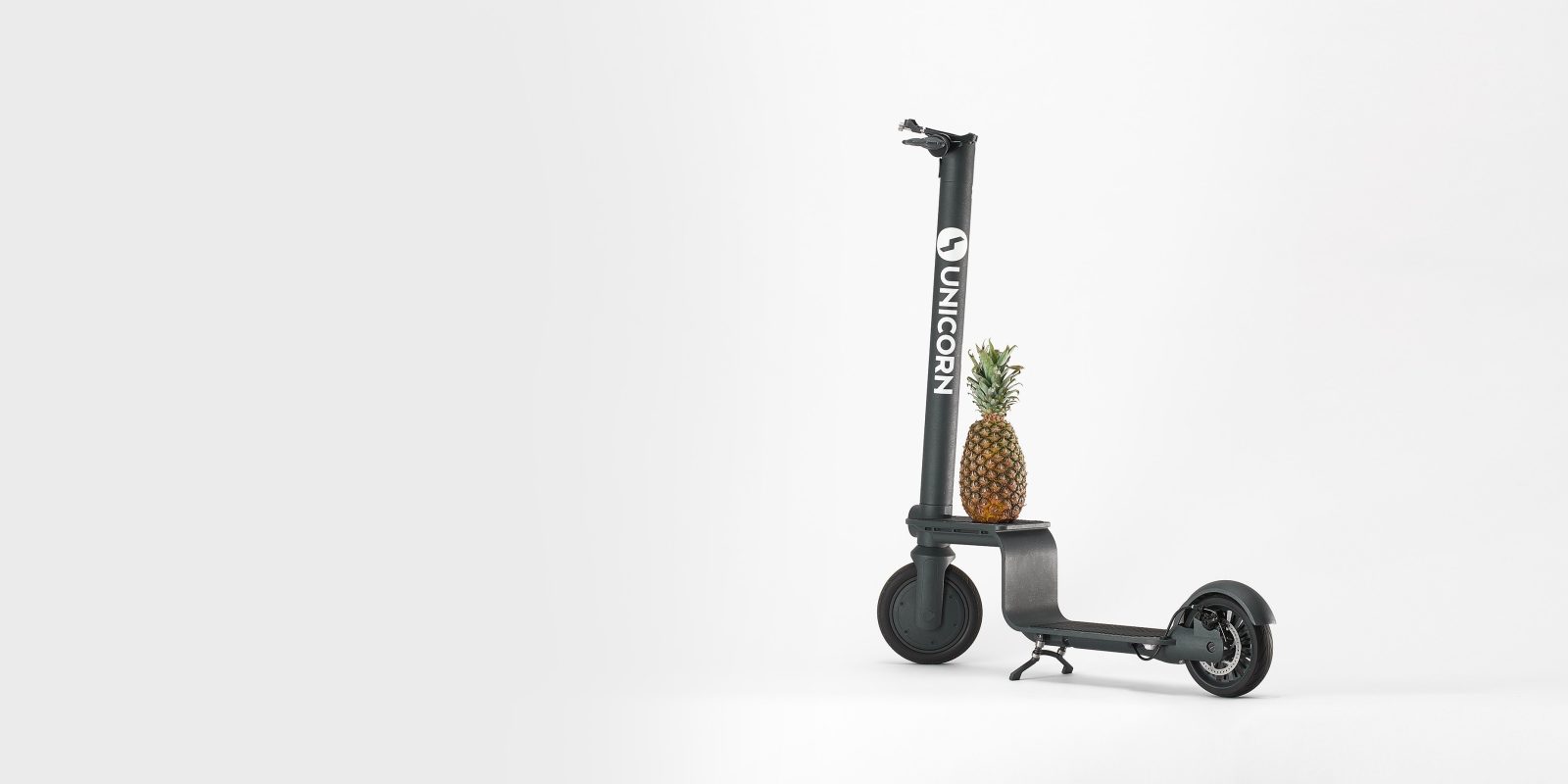 That’s not a digital glitch you’re seeing — the deck on the Unicorn scooter was designed with that step feature on purpose to open a world of cargo and utility possibilities.

As much as I enjoy riding electric scooters, even for long distances, I’ll readily admit that they aren’t the best utility devices.

They simply can’t carry cargo like an e-bike can, which has relegated them to simple people-mover status for me. If I need to carry more than fits in a backpack, I generally pass over my electric scooters for another one of my electric steeds.

But Unicorn’s funky new design is trying to solve that problem. And with that simple bend in the deck, they might actually be onto something.

With all of the batteries stored in the Unicorn’s stem below the handlebars, the deck is available for this interesting structural redesign.

The step feature serves double duty as a platform for carrying cargo and as a step for smaller riders.

When used for children, the step helps get their faces up over the handlebars instead of smacking their noses into the stem.

Putting aside whether or not you think carrying a kid on an already unstable scooter is a smart idea, I can at least see the utility.

And in my neighborhood I see parents on electric scooters dropping kids off at school or day-care all the time, so it’s not like the market isn’t there.

The Unicorn’s bag hook makes it easy to keep your grocery bag parked on that “shelf,” though a rigid cargo box option might be even better.

And with a larger front wheel to better overcome obstacles, you’re less likely to spill your stuff (and yourself) all over the street.

The one downside I see is that the design puts your front foot further back, which could make it harder to achieve the most stable scooter riding position of one foot forward and the other rearward.

At least the scooter is actually decently powered with up to a 750W motor (depending on location and laws) and a battery capacity of up to 630 Wh. The company claims that translates into up to 50 miles (80 km) of range, though likely at relatively slow 15 mph (25 km/h) speeds.

Unicorn is targeting the sharing market, where they claim their electric scooters will last longer than the cheaper Xiaomi and Ninebot models.

They even have their own docking station design that would allow the scooters to be parked and charged at a station instead of littering the sidewalks.