The company has just sent out a notice to its customers explaining that it has run out of money and won’t be able to deliver any electric scooters.

Last week we reported on the demise of Inboard, who was forced to shut down operations after its own failed electric scooter project failed to materialize as planned.

Yet that’s exactly what the latest failure of an e-scooter company did. They just told their customers not to expect any scooters — or refunds. 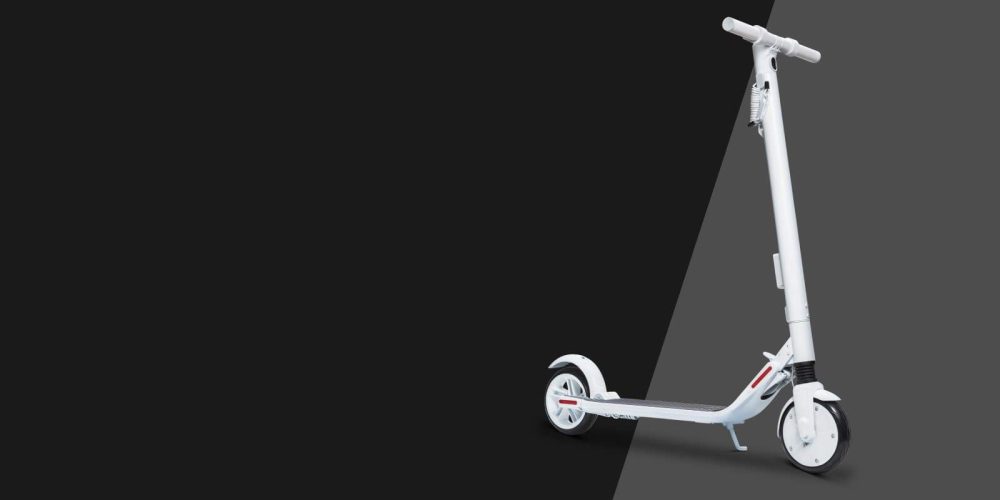 Unicorn shuts down with no e-scooter refunds for customers

Essentially, Unicorn’s CEO Nick Evans says that they blew through all of their funding by spending it on advertisements and other marketing on Facebook and Google, as well as loan repayments and a down payment on scooters.

Those scooters, by the way, weren’t too special. They were largely Segway Ninebot ES2 electric scooters, a scooter that is nearly always on sale on Amazon. Through a planned partnership with the company, Unicorn’s were white and came with some added tech, including integration with the Tile tracking system also founded by Unicorn’s CEO Nick Evans.

As more electric scooters entered the market, Unicorn found it increasingly difficult to sell its own scooters. Ultimately it was only able to pre-sell around 350 units, according to the Verge. Combined with the rising cost of marketing, the company simply burned through all of its money.

And so far, it appears that no Unicorn customers have received a refund, and the company doesn’t think it will be able to issue any. No one at Unicorn is smiling now

Here is the company’s statement below, obtained via Reddit:

It saddens me to write this letter, but we have run out of funding and are shutting down operations immediately. We, unfortunately, do not have the resources to deliver you your Unicorns, nor are we able to provide refunds as we are completely out of funding.

I am so very sorry. We feel terrible. We have tried to figure out a way to be able to purchase the required minimum order of scooters and electronics, but we quickly ran out of time and money and the cost of Facebook and Google ads, payments for loans, and other expenses ate through our funding faster than new orders came in. We have totally failed as a business and have spread the cost of this failure to you, the early customers that believed in us.

We could have continued moving forward and taking more orders and that would continue to fund the business, and if we did that might have been able to deliver the product, but we also may have not been able to sell enough Unicorns, so by doing that we would be risking more people’s orders. So we made the very, very difficult decision to stop.

This stinks, to be frank.

There’s probably a lot of blame to go around here, and it’s hard to say who exactly deserves the brunt of it. But there’s some serious mismanagement going on at the top if the company couldn’t see its own cash flow problems sooner.

Last week we saw a great example of a company that unfortunately folded but made sure to take care of its customers before it did so. A sad story, yet one with as few casualties as possible.

Today we’re seeing the other side of the coin, a company that drove itself into the ground, customers be darned.

So what’s the lesson here? To never pre-order a product or support a crowdfunding campaign or startup? No, I don’t think that’s it.

Keep in mind that this isn’t the standard course. Big companies like Boosted got their start begging for pre-orders on Kickstarter. And I’m still kicking myself for not pre-ordering an ONYX RCR 60 mph (98 km/h) electric moped for just $2,299 during its Indiegogo campaign. I’ve heard from company insiders that ONYX is now hugely successful. This probably explains why the RCR now retails for almost $4,000. And good for them — ONYX is a great example of a company that developed a novel product, crowdfunded its way to success, and is now steadily retailing a solid product.

Thank goodness some startups succeed, or we wouldn’t have the ONYX RCR e-moped

And so there are stories on both ends of the spectrum. Some startups achieve success and create huge, devoted fan bases. Others burn through their funding and leave a trail of angry, empty-pocketed customers. Hindsight is of course 20/20, but this should serve as a lesson that consumers must always do their due diligence on such startups and understand that pre-orders can often be a gamble. The gamble could pay off big (you lucky first RCR e-moped customers… *shakes fist in air*) or could blow up on unfortunate consumers, just like Unicorn did. Caveat emptor, folks.