[Update] No, Mr. Trump — ‘windmills’ are not going to ‘destroy the bird population.’ Here’s what will 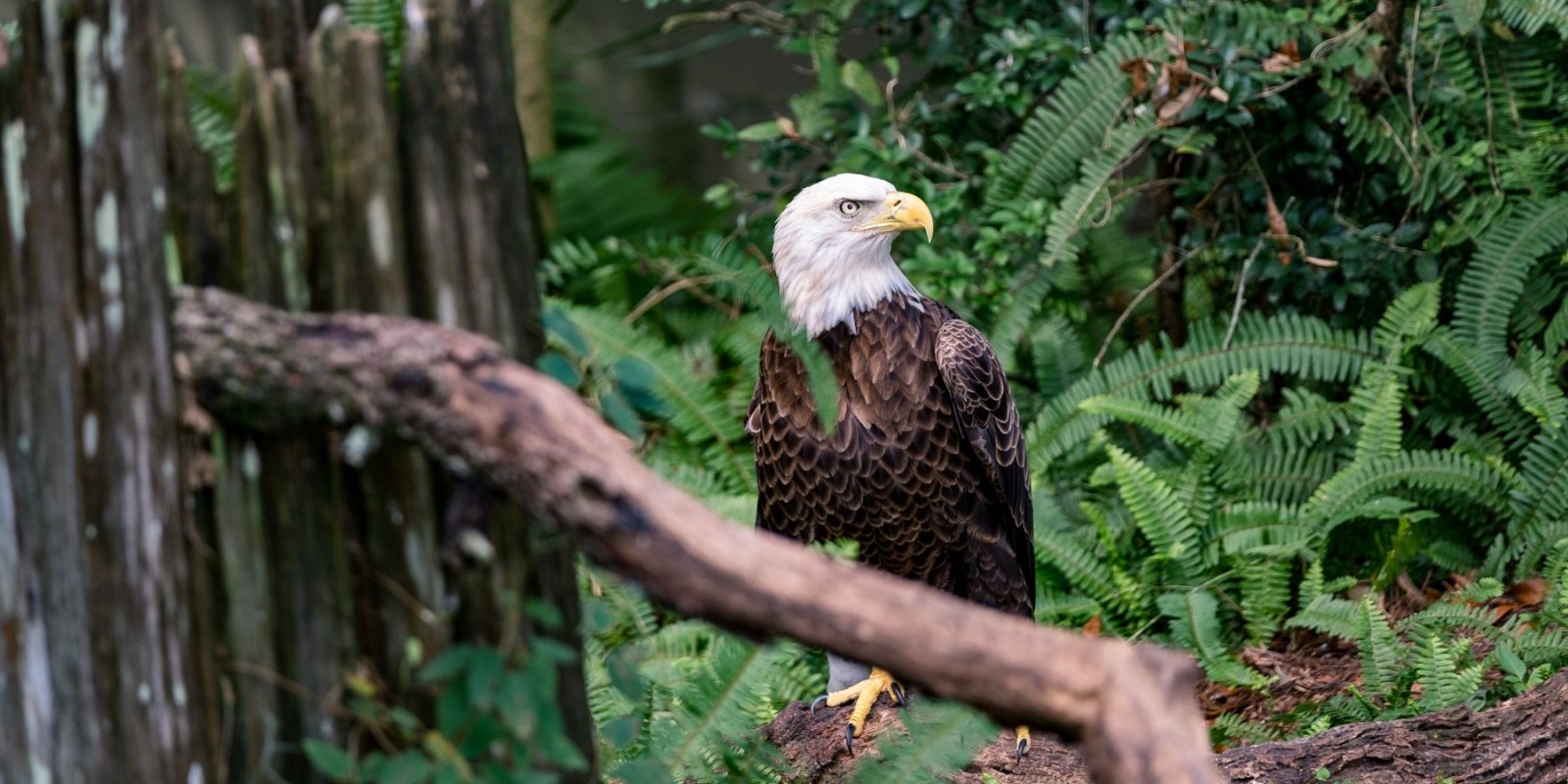 Donald Trump hates wind turbines, and he repeats this constantly. He regurgitated his false gripe about the green energy source killing birds yet again last week during the final presidential debate.

So just how threatening are wind turbines to our feathered friends? There are much bigger threats to the global bird population than this green energy source.

Update 10/29: Donald Trump still persists with the lie about birds and wind turbines, despite the world’s rapid adoption of wind power. During last week’s debate with Joe Biden, Trump said to Biden in a discussion about climate change:

I know more about wind than you do. It’s extremely expensive. Kills all the birds. It’s very intermittent. Got a lot of problems.

This is a repetition of what Trump told a group of students at the Turning Point USA student action summit in West Palm Beach, Florida, in December 2019:

I never understood wind. I know windmills very much, I have studied it better than anybody. I know it is very expensive. They are made in China and Germany mostly, very few made here, almost none, but they are manufactured, tremendous — if you are into this — tremendous fumes and gases are spewing into the atmosphere. You know we have a world, right?

So the world is tiny compared to the universe. So tremendous, tremendous amount of fumes and everything. You talk about the carbon footprint, fumes are spewing into the air, right spewing, whether it is China or Germany, is going into the air.

They’re noisy, they kill the birds…

How are you going to win Texas when you say, we’re going to get rid of all petroleum?

And clearly Trump, who claims to know “windmills” — which are not the same thing as wind turbines — “better than anybody,” was ignorant (or just lied) about a number of important facts. (And I can’t even get into the ridiculous “expensive” assertion here, as that would be an essay unto itself — suffice to say, wind is cheaper than fossil fuels.)

Texas leads the nation on generating wind power. They are No. 1. More than 25,000 people are employed in the wind industry in the Lone Star State. And guess what? They love it. Politics don’t come into play for Texan wind workers.

Further, as far as China and Germany dominating the wind turbine manufacturing industry goes, here are the facts.

Germany-headquartered Siemens comes in first, Danish Vestas comes in second, and American-parented GE Renewable Energy is third in the world for manufacturing the most wind turbines. Nordex at No. 5 and Suzlon at No. 8 also has manufacturing plants in the US. Only two Chinese companies made the top 10 list of wind turbine manufacturers.

As for “fumes are spewing into the air” — If he means the manufacturing of wind turbines in that particular rambling — according to factcheck.org in March 2018:

Besides, Trump doesn’t care about carbon emissions, anyway (or the climate crisis that the kids he’s talking to will face). He subsidizes fossil fuels and increases pollution from cars. So, on to the birds.

The truth about bald eagles

Trump has brought up bald eagles as victims of wind turbines more than once, so let’s put this to rest.

Of course we all want to protect bald eagles. But Trump’s claims are exaggerated.

Here’s Politifact‘s assessment of Trump’s assertion about the birds of prey:

Trump is correct that California wind farms are a threat to eagles but not on the magnitude he suggested. The statement contains an element of truth but ignores critical facts that would give a different impression. We rate this claim Mostly False.

Further, for those of you who might be worried in general about the welfare of these majestic birds, the State of the Birds 2019 report explains that the population of bald eagles has made a successful comeback from, according to the US Fish & Wildlife Service, “habitat destruction and degradation, illegal shooting, and the contamination of its food source, due to use of the pesticide DDT”:

In 1970, only a few hundred bald eagle pairs remained in the lower 48 states. Federal and state protections sparked a remarkable recovery. The bald eagle was delisted as an Endangered Species in 2007, and today 30,000+ eagle pairs live in the USA.

Do birds get killed by wind turbines? Yes. We at Electrek wrote about this in August. Factcheck.org says 750,000 bird deaths from wind turbines could be currently possible. (Research shows wildly varying estimates of bird deaths, as of course it’s rather difficult to get an exact number, no matter what the cause of fatalities.)

Is the wind energy industry working on ways to protect birds? Yes. The American Wind and Wildlife Institute was formed in 2008. Members include the Sierra Club, the Audubon Society, and the Environmental Defense Fund, as well as GE and the Union of Concerned Scientists. And in August, we at Electrek wrote about a simple fix that makes wind turbines more bird-friendly.

In general — not because of wind farms — the US and Canada have lost more than 1 in 4 birds since 1970, according to the Guardian. Here are three general categories that describe the causes of what kills a lot more birds:

Agriculture, deforestation, and urbanization. Simply put, it’s habitat destruction. And let’s include pesticides here, under the category of agriculture. According to Sibley Guides, “Pesticides may kill 72 million birds per year or possibly many more. The sub lethal effects of pesticides may also make the birds more susceptible to predators or unable to reproduce, essentially killing them.”

Fossil fuels and climate change. Oil fields could kill up to 1 million birds a year, according to the Bureau of Land Management via factcheck.org. Oh, and climate change, of course, which threatens 2 out of 3 bird species in the US. As the Guardian explains, “Climate change compounds those problems by altering bird habitats.”

The Audubon Society wrote about the threats wind turbines pose to birds, and suggests putting wind farms in locations where birds are less likely to fly. They also list ways wind-farm manufacturers try to scare birds away. They conclude the article by saying:

In a warming world, where more and more birds are going to be threatened by climate change, a pragmatic approach to energy creation and safeguarding the planet’s birds might be the one we have to accept.

And a Science Direct-published study published in January 2013 stated:

Within the uncertainties of the data used, the estimate means that wind farms killed approximately 20,000 birds in the United States in 2009 but nuclear plants killed about 330,000 and fossil fueled power plants more than 14 million. The paper concludes that further study is needed, but also that fossil fueled power stations appear to pose a much greater threat to birds and avian wildlife than wind farms and nuclear power plants.

So, even if the current number of bird deaths is the highest estimated number of 750,000, that’s still a lot lower than the next category up.

We hope that the wind industry continues to make meaningful strides to protect birds. We are passionate about protecting the earth and all living things.

I do wonder, though — if cats were threatening the fossil fuel industry, would we get rid of cats? How about windows?

And does Trump have plans to become a vegetarian, if he’s worried about birds? Apparently he really likes KFC’s chicken.

In November 2019, Trump lost a court battle with the Scottish government over a wind farm. He felt the wind farm near his golf course was unsightly. He had to pay £225,000 in court fees, and the wind farm stayed.

At any rate, his many false statements about “windmills” are, frankly, for the birds.