Hey EV drivers: Trump is getting ready to bail out big oil

For weeks, we’ve been hearing that plummeting oil prices and dirt-cheap gasoline will kill electric vehicles. Now it appears the oil industry is the one whose future is in question. So, of course, President Trump is plotting a big bailout for Big Oil.

Predictably, he couches the giveaway to a moribund industry as a job-saving measure. Instead of seeing the writing on the wall, on Monday he said the negative price of oil was a blip. “Nobody’s ever heard of negative oil before,” he told reporters, “but it’s for a short-term.” Uh-huh.

Trump is calling on Congress to appropriate funds to buy 75 million barrels to fill the nation’s Strategic Petroleum Reserve. Just a few weeks ago, the Trump administration tried to get that money from Congress, but Senate Democrats blocked any bailout for oil companies in the coronavirus relief package. (The Republicans, in turn, didn’t allow clean-energy subsidies.)

On April 1, Whiting Petroleum Corp. became the first major US fracking company to file for bankruptcy. Two days later, Trump held a roundtable meeting with energy sector CEOs in the Cabinet Room of the White House. (Shown above.)

He is determined. This was Trump’s Tweet this morning:

We will never let the great U.S. Oil & Gas Industry down. I have instructed the Secretary of Energy and Secretary of the Treasury to formulate a plan which will make funds available so that these very important companies and jobs will be secured long into the future!

CNN reports that oil-field services goliath Halliburton and producers Marathon Oil and Occidental have lost more than two-thirds of their value. The headline reads, “Hundreds of US oil companies could go bankrupt.” Many small, debt-riddled shale producers are circling the drain.

Any deals or shenanigans with OPEC won’t be enough. Blocking Saudi tankers, as oily politicians argue, is necessary to maintain energy impendence. But it’s a red herring. There’s been so much overproduction of oil that we have no place to store it.

Trump Is Gearing Up

Without a giant bailout, we will start to see more US shale oil producers going bankrupt. Trump is eager to help his donors in any way possible. He could try to get Congress to allocate money to failing firms directly. Or he could work with the Fed to relieve their debt or allow Wall Street banks in on the action.

Friends of the Earth warns that the Fed’s corporate debt purchase program could be a “big oil money pit,” benefitting both oil giants like ExxonMobil, Chevron, and Conoco, as well as 12 fracking-focused firms. 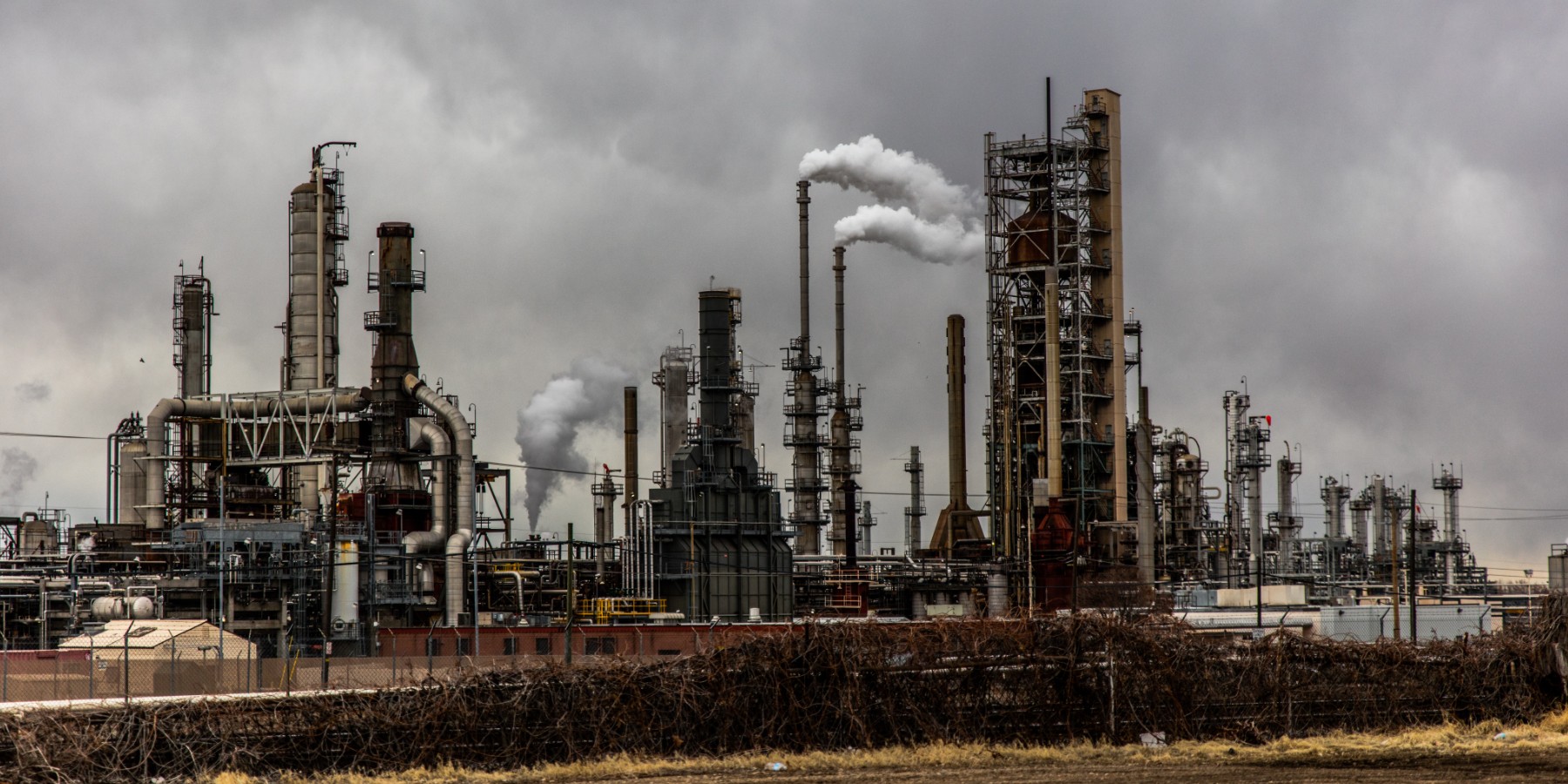 Propping up fossil fuel companies is essentially an investment in foul emissions, exactly when we need cleaner air. On April 15, about 40 members of Congress wrote to the Treasury and the Fed, opposing the use of CARES Act funds to bail out the fossil fuel industry. They said that transferring billions to the fossil fuel industry is “especially abhorrent during a pandemic whose burden falls heavier on Americans with weakened respiratory systems.”

There is little hope for the pandemic crisis to be used for investments in solar, wind, and electric vehicles – as Obama did a decade ago.

Some activists are advocating for the nationalization of the oil industry. That sounds far-fetched until you consider what Kate Aronoff wrote in The New Republic this month:

Nationalization has a long and proud tradition of navigating America through times of crisis, from World War II to 9/11. No sector may be facing as profound a crisis right now as the oil and gas industry. With crashing oil prices, all manner of stimulus measures on the table, and previously tight-fisted politicians now thinking more creatively, nationalizing the fossil fuel industry might just be one of the most sensible ideas on offer.

By taking fossil fuel companies under public ownership while they’re cheap to buy, the US could ensure the country’s energy demands are met responsibly as it transitions to a net-zero-emissions economy, without the need to appease those companies’ shareholders.

But the most common refrain is the call by climate activists to let the oil industry die a natural death. Greenpeace’s Jack Shapiro said:

This week’s price crash – like last week’s and the week before – is not just another boom-and-bust cycle. Economists have warned that fossil fuels are a risky investment for years.

In the early years of the EV movement, it was thought that “peak oil” and runaway high gas prices would spell doom for internal-combustion vehicles. Instead, just as EVs are poised to hit the mainstream, the opposite is happening. There’s a glut of the stuff, and oil prices went negative.

Trump wants to ignore the rise of EVs and what so many citizens are realizing during the pandemic – that we would be much better off making the transition to renewables and ultra-efficient vehicles. And he wants us to go quickly back to our go-go gas-guzzling ways. But even his bailout won’t stop the inevitable end of the oil era.