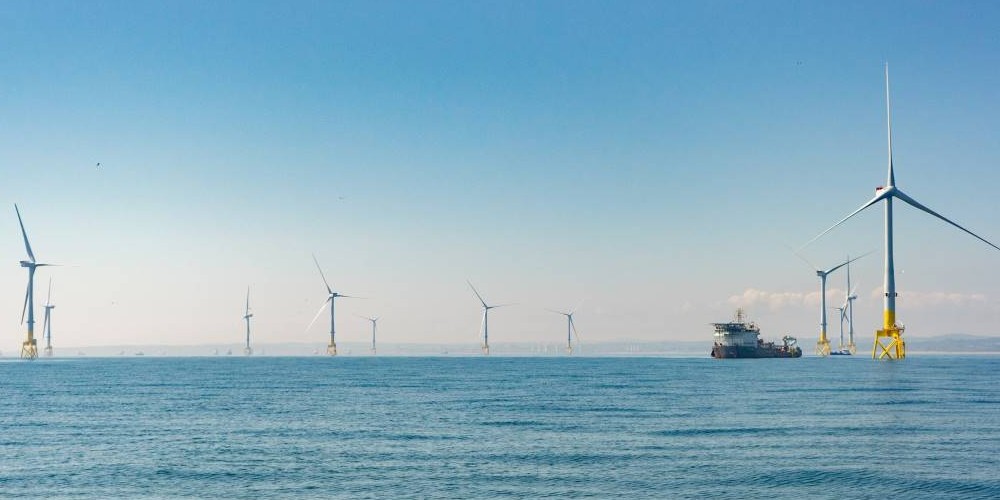 The Scotsman‘s Martyn McLaughlin has reported that Trump International Golf Club Scotland Limited will pay the Scottish government £225,000 (around $289,000) in legal fees after Trump lost a court battle over an offshore wind farm development near his first Scottish golf resort, in Aberdeenshire.

Trump’s company lost in the Supreme Court two years ago. And then, nearly nine months after the Court of Sessions ruled the company was liable for government costs, the terms of the legal bill have been agreed.

The 11 turbine wind power development off the Aberdeen coast began operating last July. Power from the European Offshore Wind Deployment Centre, which was developed by Swedish energy group, Vattenfall, is being exported to the National Grid. Its turbines are among the most powerful in the world, with a total generating capacity of 93.2 MW.

In April 2012, Trump went to Scottish Parliament to complain that wind energy would result in “almost total destruction” of Scottish tourism and “tremendous damage” to the landscape.

He also sent 16 letters to the former first minister of Scotland Alex Salmond between September 2011 and June 2013. They were obtained by a Freedom of Information request by the Huffington Post. Salmond sent one reply. Trump referred to wind farms in his letters as “monsters” and said that “wind power doesn’t work.”

The tone of the letters apparently swung from coaxing to haranguing, according to the Guardian. (My opinion: The Guardian posted one original letter from Trump, which can be read if you click the link. It is highly irrational and threatening, and shows a complete lack of understanding of wind power. It also uses way too many exclamation points, but hey, that’s just me.)

The Smart Electric Power Alliance (SEPA) today released a report, “Residential Electric Vehicle Rates That Work: Attributes That Increase Enrollment.” The deep dive into residential EV charging was produced in partnership with The Brattle Group, Enel X, and E4TheFuture. The analysis is based on a survey of nearly 3,000 EV customers and 28 utilities offering EV rates.

“This report shows that EV time-varying rates effectively incentivize off-peak charging and that customers are interested in using them.” Time-varying rates are prices that vary throughout different hours of the day or days of the week.

“By pricing electricity higher at times when demand is at its peak, customers are incentivized to shift their use to off-peak times, minimizing their electricity use when it matters most to the grid.”

Among other findings, the study showed that:

Buying an EV teaches customers about utilities’ load management. As Erika Myers, principal of Transportation Electrification at SEPA and one of the report authors explains:

An EV rate may be a customer’s first exposure to load management. A utility should make every effort to ensure that the experience is positive to acclimate customers to the idea of using their vehicle battery for future vehicle-grid integration programs.

SUVs are spoiling the EV party

The International Energy Agency (IEA) released its annual report yesterday. The agency points to electric vehicles as instrumental in curbing global emissions. Unfortunately, those gains are being undercut by the rise in SUVs.

The IEA expects there will be 330 million electric cars on global roads by 2040, up from its forecast of 300 million EVs just a year ago. That would displace around 4 million barrels-per-day (bpd) of oil use, compared to the 3.3 million bpd previously forecast by the agency.

But even with the rise of EV adoption in the next five years, demand in oil will grow by about 1 million barrels per day, on average every year to 2025. This echoes the broader theme of the report: The world is shifting toward renewable energy, but not at the pace to offset worldwide economic expansion and a growing population.

While EV adoption grows, efforts should also be made to improve the efficiency of today’s vehicles. The IEA report states that the growth of electric cars will displace about 4 million a day, but more fuel-efficient car engines will eliminate 9 million barrels a day of demand.

Our take? If the shift from cars to SUVs stays on course, then the best solution is to fully electrify those sport utilities. —Bradley Berman

GCxN, a clean-tech accelerator, today announced the second cohort of startup companies who will receive as much as $250,000 in non-dilutive funding, with the opportunity for future funding, as well as ongoing support.

The five companies selected in 2019 by GCxN are:

Companies are recommended by a member of the GCxN Pipeline Partners network (clean-tech incubators, accelerators, and universities), and finalists are selected after review by NREL and Shell.

In December 2018, Shell said it wanted to double the amount it spends on green energy to $4 billion a year. Shell is considered an industry leader on the switch to renewables, but critics have said the energy giant must move faster.