Interview: Gregor Hembrough explains how Polestar can have its cake and eat it too 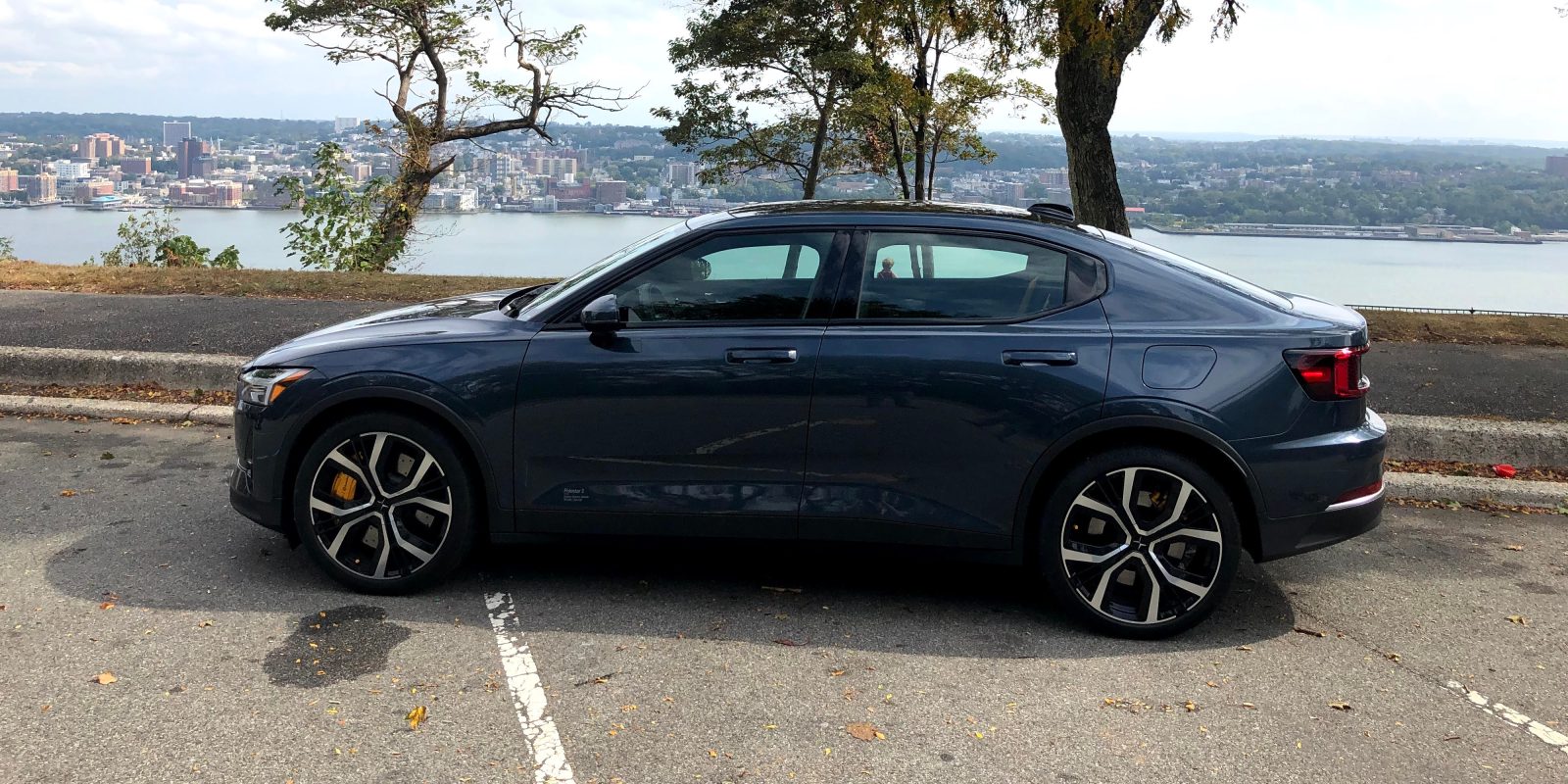 Polestar is a bit of an enigma as far as auto companies are concerned. The company, which is a joint venture between Geely and Volvo (which, in turn, is also owned by Geely), operates independently on some fronts from either Geely or Volvo in order to remain nimble. But it also leans heavily on its incestuous parents for infrastructure, talent, and support. I spoke to its North American head, Gregor Hembrough, who incidentally came from two decades previous at Volvo in 2018, to find out why.

We reviewed the Polestar 2, the brand’s first fully electric car, and the first car Polestar would sell in material numbers, in August. Nonetheless, I was offered and readily accepted a day drive with the Polestar 2 before meeting Hembrough. With social distancing, I was just thrown the key fob and sent off, which was fine, as the Polestar 2 is an easy car to get used to.

In person, the car seems a lot more SUV-like than in pictures, which make it out to be more of a sedan. The tires are large and there is significant ground clearance beneath the car. The closest electric car I’ve driven in profile is the Jaguar i-Pace that got its heritage from the AMC Eagle. Both of those are more CUV/station wagon than the Polestar 2’s sedan form factor.

Overall, it’s a real stunner of a car and unique on the market today. At both my stops, I was asked by local car fans about the car and how it drives. The bright yellow oversized brake caliper sticks out if the futuristic styling doesn’t already grab you.

How the PoleStar 2 drives

In roughly two and a half hours, I took the vehicle from Volvo’s US headquarters in New Jersey on about 50 miles of spirited driving and some quick COVID distance sightseeing of the New Jersey Hudson River Palisades. As someone who has owned every model of Tesla, the acceleration seemed slightly tamer than Tesla’s acceleration profile on the low end. At faster speeds up to and over 90 mph, however, it really felt nimble and had the same “man among boys” feel on the highway that other high-end electrics have.

It isn’t winter here yet, but I’m going to assume those big AWD paws are going to be a real advantage in the snow as well.

That doesn’t mean it wasn’t super comfortable in both the front and back seats. You just can’t “manspread,” as my wife likes to call it. As an almost 6-footer, I had no issue in the rear seat behind the driver’s seat that was also set for my 6-foot frame. I love that the rear armrest also hides a pass-thru to the trunk so your bad pets can breathe for skis.

I could reach across to the passenger door handle and open the car door without leaning too much, which is both convenient for good manners but also shows how narrow the car actually is.

The Polestar’s Android embedded center stack is a whole other level above the smartphone-required Android Auto, allowing the voice and touchscreen table to do everything by voice command or easy touchscreen navigation. As of now, it feels pretty spartan in terms of third-party apps, but I’m told a lot more are on the way, including for such things as garage door openers and home integration.

We met a few miles from the Volvo NJ headquarters at a cafe where we were able to talk outside and maintain social distance. Hembrough, as I said before, is a Volvo man, having worked in various senior roles at the company for almost two decades before taking the head of Polestar US operations in 2018.

One thing Hembrough made clear from the outset is that Polestar is its own entity, even though there are a lot of hooks into Volvo, including himself. One example is that Polestar feels like it is doing more with the Android center stack than anyone else, including Volvo, which will use it for the XC40 Recharge.

Speaking of Recharge, the electric XC40 with 203 miles of range will have the same 78kWh battery as the Polestar 2, but have significantly less range, something that could be a big factor in Polestar’s own engineering prowess. Polestar 2’s 233-mile EPA range is relatively efficient, but still trails the Model Y by a wide margin on a similar-sized battery pack.

Polestar is a premium brand, competes with Tesla

Hembrough sees Polestar as being a Porsche-level brand to Volvo’s Audi-ish status in the Geely stable. Time will tell if it reaches that status. Certainly the Polestar 1 PHEV, which Hembrough drives without adding gas on his 25-mile commute every day to work, feels like a supercar. The Polestar 2 objectively isn’t priced anywhere near a Porsche.

Hembrough says that the newly announced Precept and Polestar 3 SUV will fill out the new carmaker’s premium lineup. Meanwhile, his Polestar 1, which is no longer on sale, will be a rare classic with only 200+ total vehicles in the US market.

Besides its superior fit and finish and subjective handling advantages over Tesla, some folks might find Polestar’s embedded Android experience as an advantage, particularly in the voice recognition realm. For die-hard Apple CarPlay fans, Hembrough says a future upgrade will include the ability to use iOS devices natively. Currently most iOS features work over Bluetooth.

Sales of a new brand of carmaker aren’t as easy as established brands. To help buyers who can also purchase directly off its website, Polestar will have its own dealerships. However, this won’t be like Tesla’s. Hembrough has gone shopping for mostly highly competent Volvo dealers who are willing to also carry and more importantly support Polestar sales. These are currently established independent dealers, unlike Tesla’s company-owned stores. That means in states like Connecticut, Michigan, and Texas where Car Dealer Associations make the rules, Polestar will be able to have a normal storefront, while Tesla will still have to hack together mall galleries and service centers — or recommend people drive to the next state over to do business.

One thing that Hembrough did like about Tesla’s model is the mobile service rangers that Tesla uses, and he promises that Polestar will have these, too. He estimates that over half of all service calls can be handled by these quick deployable mobile units. Whether these are part of the independent dealerships or Polestar itself is an interesting question. Mobile rangers cost less per fix and are a better overall user experience.

As for sales, Polestar says it has already burned through 75% of its allotment of Polestar 2s for 2020 and expects to sell out. Hembrough notes that they have a lot of time to go with the $7,500 US federal tax credit (Polestar 2 costs $59,900 before federal and state tax credits), and even though Geely owns 100% of both Volvo and eventually Polestar, they get a seperate-from-Volvo 200,000 cars to hit the ceiling on federal tax rebates. That seems a little controversial, but Hembrough counters that he has to fill out separate tax forms as Volvo in the US, so as far as the US government is concerned, they are a separate entity. One could assume that Geely could spin off or IPO all or part of Polestar as well, but none of that is in the cards, according to Hembrough.

I didn’t have time to ask Hembrough about the Polestar recall that is happening in Europe, but the company told me later:

We issued a voluntary safety recall for Polestar 2 after we investigated, verified, and developed a solution for an issue reported by a small number of customers.

A fault in the logic of the Battery Energy Control Module requires a manual software update to be rectified. A total of 2,189 potentially affected registered customer vehicles in Europe and China are being recalled.

Time to get those mobile service vehicles in action?

I like the idea of Polestar and its fresh beginning but long Volvo heritage mantra a lot. Like I said in the title, Polestar is angling to have its cake and eat it too.

Here’s a few of the dichotomies that drive the carmaker:

The Polestar 2 is a really fun drive, particularly if you love a European driving experience with great handling and at the same time, a very strong fit and finish. Electric drivetrains are just so far ahead of gas motors, and the Polestar is a great example of a great car built from scratch to take advantage of the electric drivetrain.

Tesla is the obvious elephant in the room in the bigger picture. On specs alone, Teslas can beat the Polestar in a lot of categories. But on fit and finish, the Polestar is a lot tighter. The handling is also tighter, which is going to be a judgement call for a lot of drivers. Things like Android embedded will also sway some people one way or the other. But the important thing is that there is a big market for this car now, even at its premium price.

The question for me in the long run is, can Polestar keep executing on its differentiation over Tesla and other automakers in handling and fit and finish long enough to get its economies of scale to the levels of other electric automakers? If it can, this is just the beginning of this automotive brand.