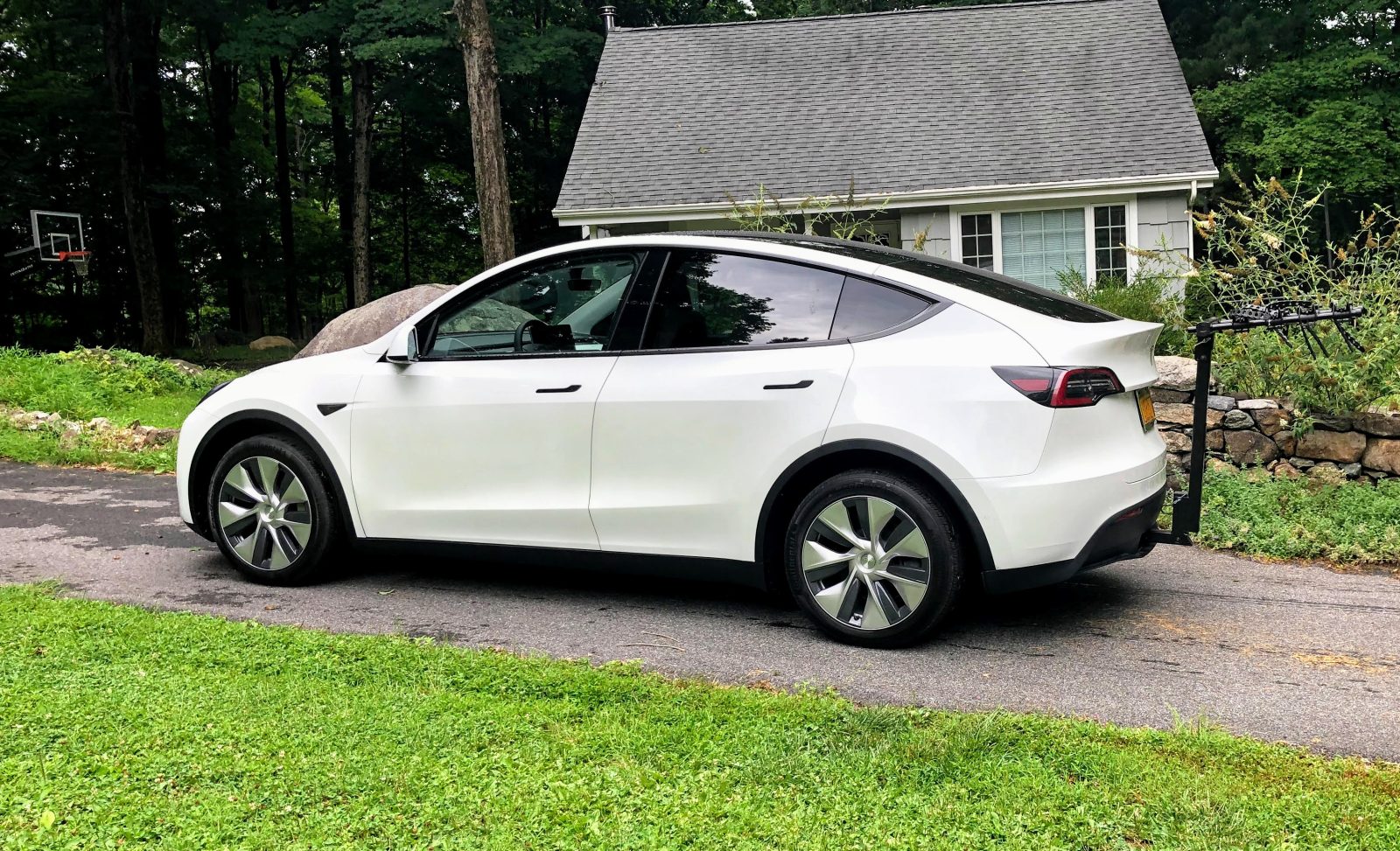 This is an ongoing diary of my Model Y purchasing experience. Day 1 and Day 2.

One reason I wasn’t too worried about the panel gaps on my Model Y was that I was going to be taking the whole back end apart to install a 3rd party tow hitch. I would obviously rather have Tesla do it but their tow hitches weren’t available with the delivery of my car. They are available now to order though.

What’s my hurry? We’re heading up to Vermont this weekend and we wanted to bring the bikes…

I went with a popular 3rd party tow hitch from Torklift which cost $322 shipped, about a quarter the price of Tesla’s. Tesla’s tow package comes with NA 7-pin standard connector for electric/lights and takes advantage of its Tow Mode software so not at all an apples to apples comparison. It also comes installed which is a big plus. But I’m only using the hitch for bikes for now so Tesla’s package is probably overkill.

Torklift’s’ EcoHitch™ shipped in about a week by FedEx ground and arrived a few days before my Model Y. It is heavy at about 35 lbs. and picking it up shows exactly why Tesla didn’t make this a standard feature. It is a lot of extra weight added to the car for something that only some people might find valuable.

The process of taking off the rear end of the car including bumper was very scary, especially since this was a new car. Torklift’s instructions were a poorly Xeroxed 14-page instruction guide that left much to be desired. Their sped-up YouTube video wasn’t a whole lot of help either.

Fortunately there were a couple of good YouTube videos (1, 2) up already that helped connect the dots.

I channeled my inner Rich Rebuilds and went to work yesterday afternoon. My dad tools were mostly OK for the job but I do recommend that you get a 5/8″ or 15mm deep socket for pulling off the heavy-duty bolts on the inside bumper. I ran to the hardware store last night and grabbed it along with a longer, stronger socket wrench for $30.

You might want to also put the Model Y on jacks. I didn’t but it would have been nice to have some more room when removing the bottom screws.

It took me about 4 hours overall but if I had to do it again with what I learned, I could probably do it in 1.5-2 hours. I didn’t do a video because you can just watch the ones already on YouTube above and not see my silly mistakes. But here’s some of the carnage:

After digging around in the car, I can see why it is so hard to nail panel gaps. Most of this is plastic mounted to steel and any bends or breaks in that plastic throw off the full look. I ended up getting everything back to at least as good as it was before but it did take some adjusting. There were some examples of excess glue and insulation as well as some bent parts that hopefully I can get addressed. I didn’t have the cross-threaded screw in the pan issue that both of the other YouTubers had however.

Overall, I’m happy to have saved close to $900 doing this myself but I’m pretty sure I would have just had Tesla put in theirs if it was available last week. I did gain a much better understanding of the inner workings of the Model Y which may or may not come in handy later.

One thing I’d like to do in the future is add some more soundproof insulation in the rear of the car to help reduce road and suspension noise.

I have a Thule bike mount with a 2-inch receiver and it fit in well. Unfortunately after all that work, I realized my kids’ new bikes don’t mount well so I might get a platform hitch.

The EcoHitch supports the same 350lbs weight, 3500lbs towing as Tesla so there shouldn’t be any problems carrying a few bikes. I could probably even throw an ebike on there. It is super solid in my limited testing. It doesn’t feel flimsy at all.

My biggest concern now is how much of a hit my range is going to take with the bikes. I’m also concerned that the Model Y will set off rear alerts since I don’t have an official Tesla “tow mode” option. I’ll be able to test and document that this weekend on the way to Vermont which is about 180 miles.

Until then, enjoy some shots of my work.

See how it performed on our Model Y family road trip with bikes on Day 4 here.