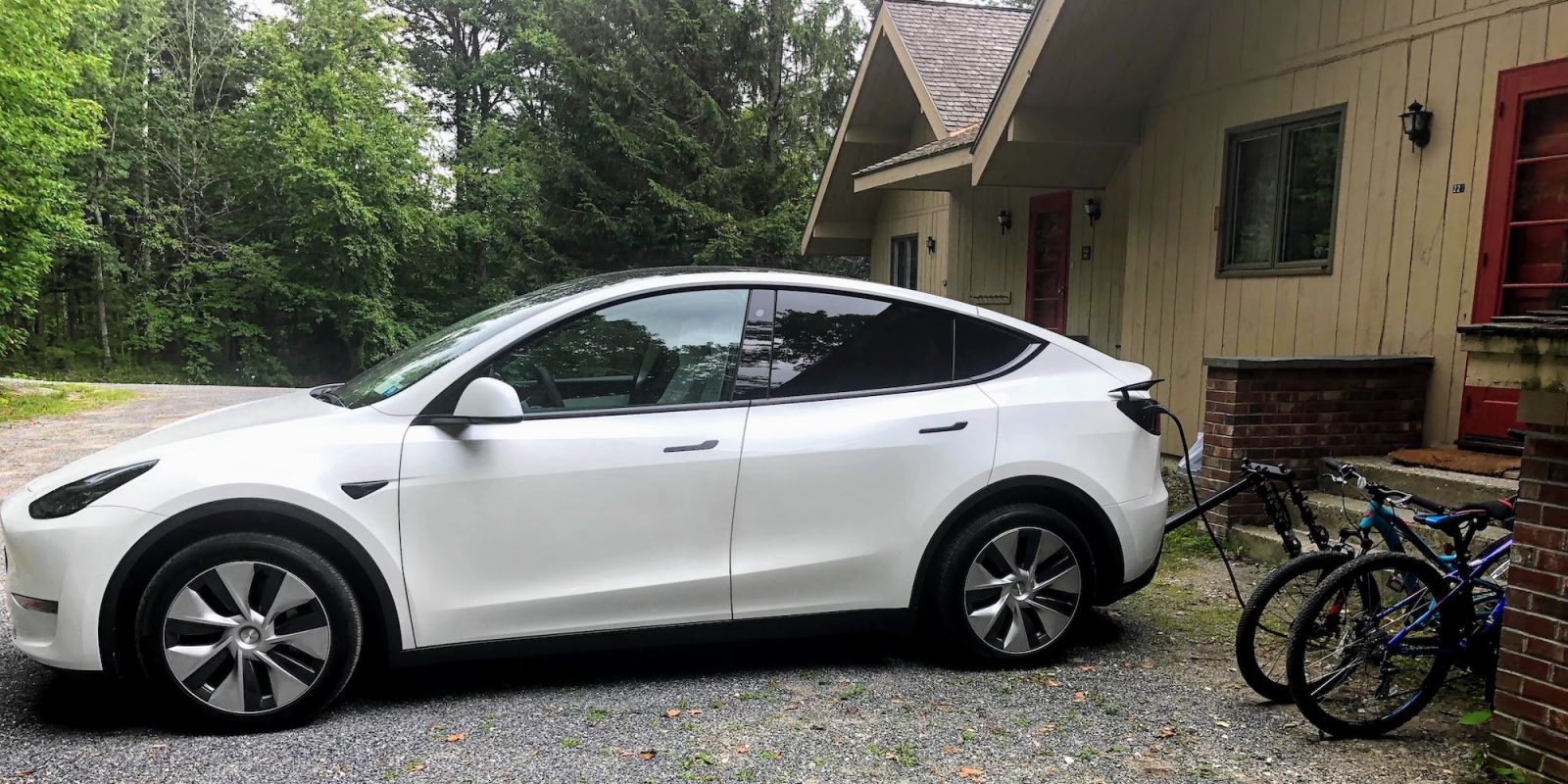 This is an ongoing journal of my first few weeks with Model Y. Check out Day 1, Day 2, and Day 3, too.

One of the most important jobs for our Model Y is getting the whole family up to our summer/ski condo in Vermont from our home outside of NYC. The trip is around 180 miles. Our Model X 90D would get such poor range that we’d almost always have to make a Supercharger stop along the way in order to make it with confidence. I should note that the route is quite curvy and hilly, and the last leg is climbing a mountain, so it isn’t a straight shot by any means.

So one of the things I’m hoping to get from the Model Y is the ability to make it the whole way comfortably, without charging. To make it more interesting, we added bikes to the back, using our freshly installed tow hitch. Would the Model Y be able to make it?

A little more background first. Our Model X, which I’ve discussed at length, was pretty much the definition of a lemon. Throughout our three years with the vehicle, it had a bad axle that probably contributed to its poor range. It was a Tesla floor model, probably, so we got a significant discount on it “as is” but grew to regret that decision. It came with the 22-inch turbine wheels, which was gangsta and really added to the Falcon Wing door ensemble when I was dropping off the kids at school, but apparently they were also pretty horrible on the car’s range. I all but verified this fact by getting better range with 20-inch snow tires in the winter vs 22-inch gangsta wheels in the summer. The point is, we’re not starting from a very high bar here.

Model Y as a trip car

The Model Y delivery experience was very good and crazy efficient. There were some panel gaps and a stain on the interior, but Tesla, to their credit, sent a ranger out to the house on Friday to do some minor work. The technician was super professional, friendly, and knowledgeable and even checked over my tow hitch installation and readjusted a few snaps that looked fine, but I hadn’t realized weren’t placed properly.

I set the Model Y to charge to full Friday night on my Juicebox charger, to prepare for the big trip. When I woke up in the morning, charging had stopped with 307 miles, and I got a 12V battery warning. I’ve had these before and sometimes they are due to abrupt charging changes, which may have been caused by my Juicebox turning off at 8 a.m. (I’m in ConEd/Fleetcarma Smartcharging rewards program, so I get handsomely rewarded for only charging from midnight to 8 a.m.) Since I’ve had the 12V warnings before, I knew it was OK to drive with it, and incidentally, haven’t seen the warning since.

As an aside, if you want to know what it’s like to write about Tesla in any sort of even-handed way, check out the replies on the above Tweet from both TSLAQ Tesla haters and the separate vitriolic superfan thread. Which side is worse? I guess I know I’m doing well if I’m pissing both sides off?

Anyway, I replugged in the charger, turned on the AC inside the car, and started packing for the trip.

Loading up the bikes is fairly easy and, because of the aforementioned rear door closing issue, had to be done last. The final step is putting the dog in the back, which we now did through the rear passenger door, putting down the single seat. We bribed her with treats and might have given her a small CBD/Benadryl cocktail, hence the derpy look, don’t judge!

Once we mapped in our destination, the computer estimated we’d arrive with 32% of range left. That ended up dropping down to about 25% during the trip and remained consistent (likely because of the bikes). We take the Taconic Parkway, which is winding and hilly most of the way with a 55 mph speed limit.

I set Autopilot at 64 mph, which puts us in the right lane most of the time (if you don’t know, NY drivers are agro). With four passengers and the dog, AC set at 71F, and most importantly, the bikes on back, we averaged about 320 Watts/mile on the highway. That’s about an extrapolated range of 240 miles on the 75kWh battery, or about 76 miles less than the normal the 316-mile range.

After the Taconic, the second half of the trip is backcountry roads, which have a similar speed limit but with significant drops as we go through small towns.

What’s amazing is that even with the bikes, I was getting significantly better range than the Model X would without bikes. Comparatively, the Model Y is a marvel of efficiency.

The last leg of the trip is up a mountain outside of Manchester, Vermont, which is obviously very taxing on the battery. The flip side is that going back home is easier, and we can regen some range right at the beginning if we don’t want to charge to full. Bottom line, if we can make it there, we can definitely make it back.

Obviously, I’ve not done any long-term trip testing yet, but our first test was a resounding success. The bike hitch worked well, and the bikes arrived working perfectly. Everyone was comfortable during the trip, and the car delivered everything we needed from it. There was no range anxiety once we got on the road. Even acceleration was still amazing, with everything including the bikes packed up. It was easy to forget that the bikes were even there.

With the almost 100 miles of excess range even while packed to the max, I’m confident I can make it up here without charging stops in the winter, especially when it is very cold. It will be interesting to see how the Octovalve heat pump helps battery range there. With Supercharging and without the bike rack, I’m fairly certain 300+ miles between supercharging stops will be easy to attain, even at much higher speeds.

Every family is different and ours is relatively small, but for our four + dog crew, the Model Y looks to be the perfect trip electric vehicle and a big upgrade over our Model X experience.