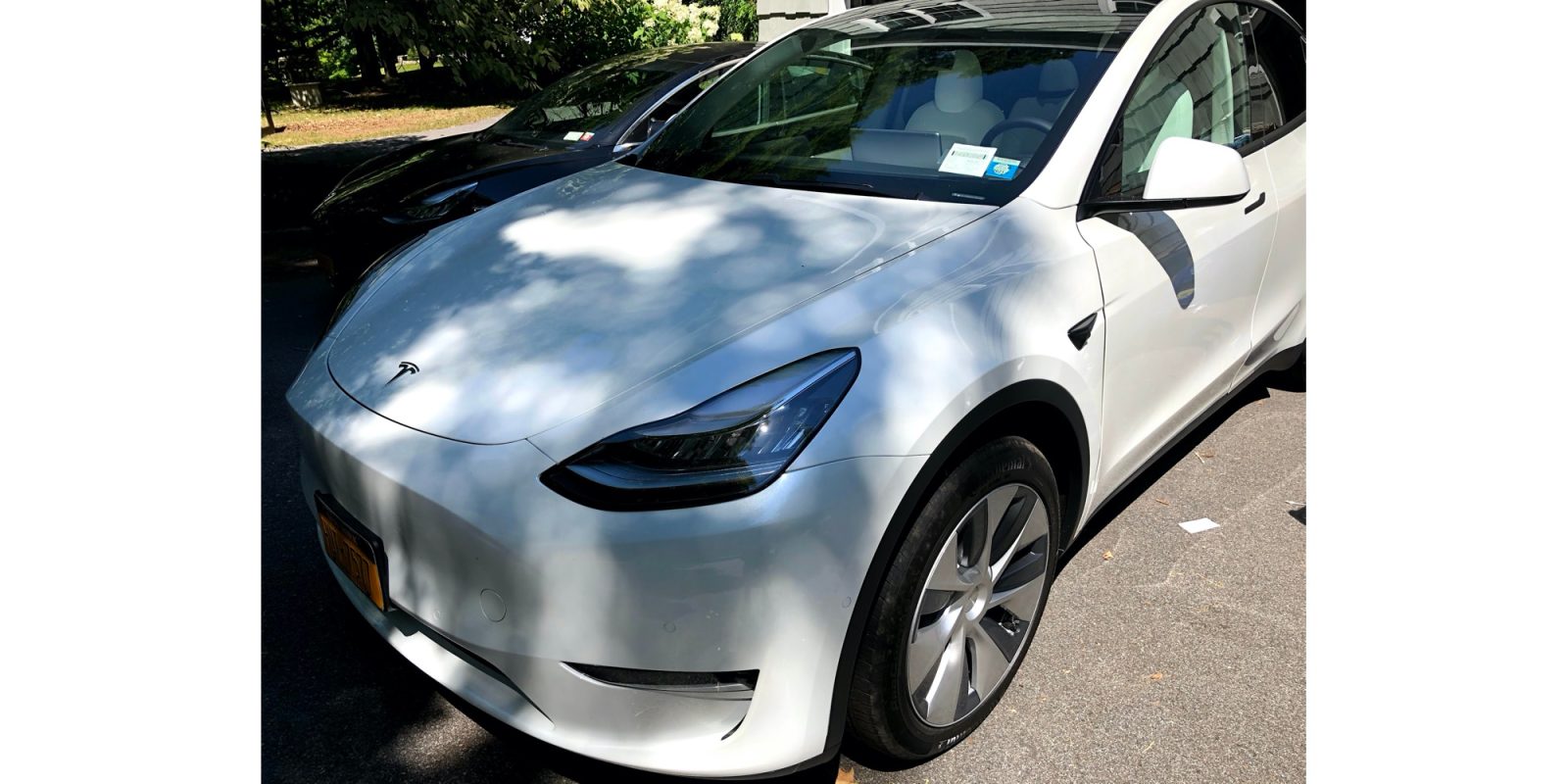 This is an ongoing journal of my first week with Model Y. See Day 1 here.

Getting the Model Y was super easy, and you could tell this was a well thought out process on Tesla’s part. All of the money had been taken care of beforehand, and I even had a pretty significant credit since Tesla dropped the price by $3,000 between payment and pickup. Like I said before, I tried to get FSD for $7,000, but Tesla charged me $8,000, so I’ll decide later if I want that.

Compare that to my Chevy experience where it took two full days to get the Bolt sold to me at MSRP, and I’m pretty sure I’ll never visit a traditional dealership again. Oh, and don’t get me started on the local Toyota dealer.

With COVID-19, there are some nuances to the delivery experience, but here’s how it went down:

I pulled up to the Tesla showroom and into street parking in my Model X. I then emailed the store to let them know I was there and what car I was in and what I was wearing. While I waited, I tried to do one last reboot of the Model X screen, but my Tesla representative Justin greeted me at the car before the screen would come up. He said everything was ready and asked if I wanted to fill out the paperwork. I said I’d like to check over the car first.

I had previously asked if I could take pictures and video, and Tesla asked me not to do so in case I accidentally captured other customers or salespeople. It sounded a little dubious, but I planned to take some pictures of any issues with the car.

As an aside, I saw MKBHD’s review of the Model Y and I was downright shocked at the issues he saw in his. And his was a press vehicle(!!!). It starts at 8:40 below:

So I got out and at a socially distanced walk, we both made our way to the small parking lot where he showed me what looked to be a gorgeous white Model Y with white interior. I don’t know how they do it, but that white interior looks amazing and unlike any other white interior I’ve ever seen.

I started making my way around the car, looking for issues. Upon close inspection, I found quite a few, but no dealbreakers. Mostly it was panels that didn’t align right and some of the same ones MKBHD pointed out.

If you need a gallery, I’ve put together some of the highlights below:

While one or a few panel anomalies are forgivable, I feel like Tesla could have done a lot better here, especially since I told them ahead of time that I was going to be doing a thorough inspection. I spoke with Justin about my complaints, and he concurred and said Tesla would rectify them. I’ve since scheduled an appointment for Friday.

But something didn’t sit right. Tesla CEO Elon Musk said in an email to employees of the Model 3:

Our car needs to be designed and built with such accuracy and precision that, if an owner measures dimensions, panel gaps and flushness, and their measurements don’t match the Model 3 specs, it just means that their measuring tape is wrong.

Some parts suppliers will be unwilling or unable to achieve this level of precision. I understand that this will be considered an unreasonable request by some. That’s OK, there are lots of other car companies with much lower standards. They just can’t work with Tesla.

Knowing this is the standard Tesla set for itself, I was quite disappointed. I thought I had waited long enough for the imperfections to be worked out.

At this point, the thought of driving home in my half working Model X versus driving home in an almost perfect Model Y with some weird panel gaps and a small stain on the B pillar, probably swayed me more than it should have. But you can probably guess what happened next.

I said, “Let’s schedule an appointment to clean this thing up, and I’ll do the paperwork and be on the road.”

Model Y paperwork was a total of about 4-5 signatures. I could have done it in the car, but I chose the air conditioning of the Tesla office because there was like only one or two other customers in there.

On my way back to my car, I eavesdropped on two other Model Y buyers. Both seemed to have similar issues as me. A family was getting a red Performance Model Y, and they were looking over some of the panel gaps. They also seemed to be enamored with my white interior.

Further down the line, another fortysomething family guy was getting a white Model Y with black interior and black wheels. Same story, inspecting panel gaps.

In both cases, I think excitement overcame any blemish issues.

And so I got in my not-perfect-but-still-lustworthy Model Y and drove home. My immediate reactions:

And some parting images of what I’ll cover in the days ahead. On to Day 3