Following preliminary agreements from last year, Ford and Volkswagen this week signed a far-reaching agreement to co-develop electric and self-driving vehicles. The alliance is seen as a way to share costs with new technologies and to take on competitors such as Tesla and General Motors.

Ford said its VW-based EV will be “highly differentiated” from Volkswagen’s line-up of electric cars. Ford’s EV will be designed and engineered at the automaker’s European R&D center near Cologne, Germany.

We are very focused on the fact that these products will be Fords. They will look like a Ford, drive like a Ford, feel like a Ford and will be built by Ford.

Rowley said that Ford was also considering adding a second EV for Europe built on MEB.

Ford’s announcement that it would use Volkswagen’s technology to build an electric vehicle goes back to early 2019. The new model is expected by 2023. The Ford press release from a year ago pegged volume of its new European EV at 600,000 units over six years. (Media outlets this week apparently misreported that the venture would produce 600,000-plus cars annually, rather than over multiple years). 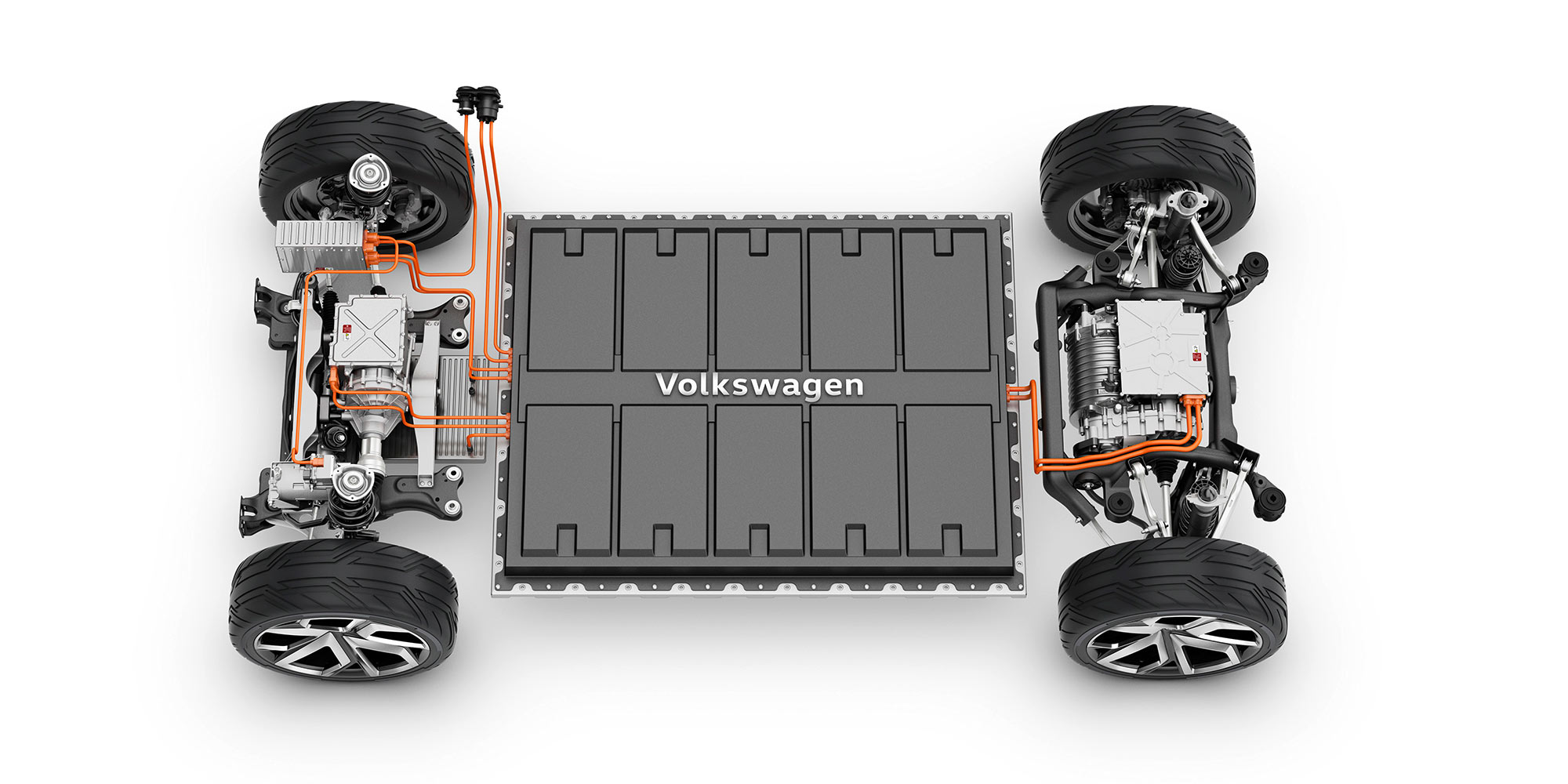 Ford’s EVs will be distinct but use VW’s underpinnings.

This creates a huge opportunity to innovate and solve many of the world’s transportation challenges, even as companies need to be selective about how they use their cash.

In a similar vein to the Ford-VW tie-up, General Motors and Honda formed an alliance to make electric cars and self-driving vehicles. Separately, Ford made a $500 million investment last year in Rivian.

Ford’s use of Volkswagen’s MEB system will help it sell EVs in Europe, but not the United States. The company will introduce the Mustang Mach-E crossover SUV this year. However, the electric version of its ultra-popular F-150 pickup will not arrive until mid-2022.

All automakers need to increase their share of EVs in Europe, where CO2 emission rules are stringent. Ford is expected to introduce electric versions of its Transit delivery van and the F-150 in about two years. It’s uncertain how the electric F-150’s fluid timing will affect those plans.

Ford’s lack of an affordable electric vehicle will limit its appeal to fleet drivers, who are able to claim additional tax incentives for choosing an EV in key markets such as the UK.

Regarding autonomous vehicles, Ford and Volkswagen together plan to invest more than $4 billion through 2023 in Argo AI. The two companies, which have an equal stake in Argo, will independently develop vehicles using Argo’s technology.

Alex Hitzinger, the former chief executive of VW Autonomy, in January told Electrek that Volkswagen’s all-electric van will be the first platform for autonomy. “The ID Buzz will be our first L4-capable vehicle,” Hitzinger said. The I.D. Buzz passenger van is expected in US dealerships in 2022, with a cargo version to follow.

In late May, Hitzinger left his role at VW Autonomy to lead Audi’s new “Artemis” team, which is charged with developing a new “efficient electric car” by 2024.

A Ford spokesperson told us this week that it had not yet announced the vehicle it will use for an autonomous-vehicle service. Ford promised that news about its AV would be announced soon.

While Argo develops the self-driving system – not the vehicle – Bryan Salesky, Argo’s chief executive, suggested that a hybrid rather than a pure EV would enable higher utilization in a self-driving taxi service.

Ford’s self-driving vehicle is expected to come to the market sooner than what VW provides. The use of a hybrid by Ford for an AV would be for its initial product, after which the company’s future autonomous vehicles would be purely electric.

The broader agreement between Ford and Volkswagen also included developing midsize pickups and commercial vans, with the target of selling up to 8 million units. A Volkswagen-badged medium pickup will be built by Ford using its Ranger platform, according to Automotive News.

The VW pickup will likely be the Volkswagen Amarok – to go on sale in Europe in about 2022. The new Amarok will not be a pure EV but might be offered with a plug-in hybrid option.