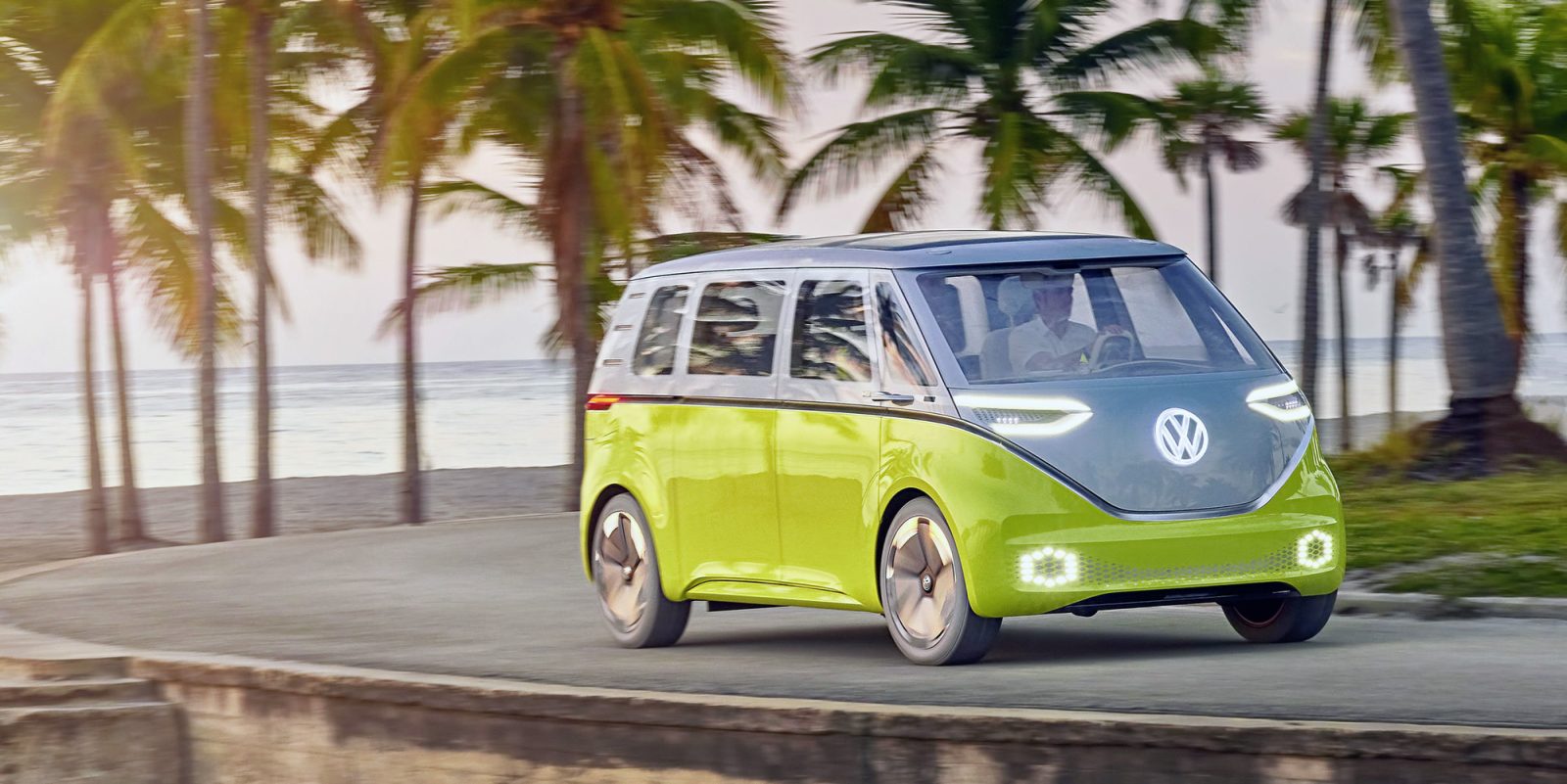 It’s been three years since Volkswagen first announced plans to produce an all-electric, long-range retro microbus. The ID Buzz still seems almost too cool (and far away) to be true.

But at CES 2020, the new chief of VW self-driving told Electrek that the Buzz is also the basis of VW’s first self-driving vehicles for limited commercial use by 2022. That’s a good sign that the ultimate electric hipster van is on track.

“The ID Buzz will be our first L4-capable vehicle,” said Alex Hitzinger, chief executive of VW Autonomy, a new entity that was announced during CES 2020.

In a small roundtable meeting on the sidelines of CES, Hitzinger told Electrek, “It’s a nice form factor as a people mover, and we’ll have an ID Buzz cargo that also can be used for last-mile e-commerce delivery.”

In other words, Volkswagen’s search for use cases that make sense for expensive self-driving development is an ideal match to the ID Buzz’s size and shape. The electric surfer van that we want for fun will have a parallel life as a self-driving mobility-as-service shuttle and local delivery robot.

“You have a use case where you have very high utilization of your asset, and therefore you can cope with the high cost of the system, and you still have a good business case,” said Hitzinger.

He pegged the current cost of an autonomous system (above and beyond the vehicle platform) at $100,000 or more, depending on what sensors are used. But within about 10 years, it will be about $10,000, with continual cost reductions in the next few years.

News about the ID Buzz doing double duty as EV and autonomy platform came in mid-December 2019. That’s when Volkswagen announced that the Qatar Investment Authority and VW will co-develop 35 autonomous, electric ID Buzz vehicles for fixed routes. Closed testing of the shuttle vehicles and buses is expected to begin in 2020, and trials will start as early as 2021. The project will go live by the end of 2022, in time to provide service at the 2022 FIFA World Cup in Qatar.

Based on specs previously announced by VW, the ID Buzz intended for your driveway and “van life” could come with a 369-horsepower all-wheel-drive powertrain and energy stored in a massive 111-kilowatt-hour battery pack. A more affordable rear-wheel-drive setup would produce 268 hp via an 83-kWh battery.

In 2017, VW CEO Herbert Diess said the ID Buzz will be available at US dealerships in 2022, and a cargo version will follow.

Hitzinger said that commercial trucking — another early use case for autonomy — and its long-range needs might require other forms of electrified propulsion. But he’s gung-ho on EVs for local transport. “I’m a big believer in the electrification, especially for personnel vehicles,” he said. Hitzinger added that Volkswagen Level 4 vehicles will be sold for personal use, not just robotaxi fleets.

Volkswagen believes that the high-power demands of self-driving currently present a problem for EV range. But the issue will be solved when autonomous processors shift from today’s gaming-style GPUs to the next generation of self-driving hardware. Hitzinger said.

There will be step changes in terms of power efficiency, so computing performance versus power consumption. And in a few years, I know that power consumption will be at a range where it’s not a big problem anymore. Then, it might be about a [single] kilowatt or something like that.

The ID Buzz borrows from the cult-like appeal of Volkswagen’s classic California surfer van. While at least still two years away, it already has an enthusiastic following.

The fact that the vehicle also has a commercial people-moving and cargo-delivery capability makes it even more compelling. We’re encouraged to hear that Volkswagen recognizes those benefits for its autonomy efforts.

It’s now VW’s task to deliver on all these promises. It can’t come soon enough.