Michael Steiner, research chief for Porsche, doesn’t like to compare the Taycan with Tesla models. For Steiner, Tesla is going after volume segments, which means that it’s not a direct competitor to Porsche. The R&D chief spoke with Automotive News about Tesla’s battery design, why Porsche needs to keep improving its combustion engines, and the brand’s anti-hydrogen stance.

Steiner explained that Porsche’s battery architecture is about high power and fast charging — not long range. So its battery system is designed to that requirement. He calls into question the “sustainability” of Tesla’s long-range design, perhaps based on the overall size of the pack or its life. But he doesn’t provide details.

Tesla employs round cells, a slightly different chemistry, and another cooling concept, all of which have their specific advantages and disadvantages. In our opinion, the kind of high-battery capacities you might find installed in a Model S are not ideal in terms of sustainability.

We believe in smaller, lighter, and therefore less expensive batteries that can be recharged more quickly. It’s not our aspiration to be the leader in electric range.

There’s a more obvious distinction between Porsche and Tesla. Porsche also makes internal-combustion engines. That comes into play with specific Porsche segments and models, like the all-electric Macan compact crossover due in about three years.

In February 2019, Porsche announced that the next generation of the Macan will have an all-electric option. It will be first Porsche’s first EV utilizing the next-generation Premium Platform Electric (PPE) also to be used by Audi vehicles. The Macan EV will be built at Porsche’s factory in Leipzig, Germany.

The Macan EV will not go on sale before 2024, and the model will continue to be offered with combustion-engine options, including a plug-in hybrid.

We cannot expect electric mobility to advance in all regions at the same pace, so we currently anticipate that in specific segments, there will be a need to offer both a combustion engine and a full-electric or plug-in hybrid version in parallel. Customers and regulators will determine how long it will be necessary to maintain this.

Steiner explained that the EV version will look different.

We believe that during the transition to EVs, customers want to be seen as driving electric.

In addition to the PPE platform, one of four used by Audi, Porsche is expected to develop an all-electric architecture for supercars. The SPE platform, first discussed in 2018, is apparently far from finalized. Steiner said:

We are convinced that very sporty cars, and roadsters in particular, need to be really flat. Drivers of a 911 or 718 want to sit as close as possible to the road. While electric cars have a low center of gravity thanks to their batteries being installed in the floor, that is not the only relevant aspect.

To experience that sports car feeling, it’s also about your body’s own center of gravity and how high up you are seated. That’s why we want to develop such a platform, but there has not been a final decision on this matter. 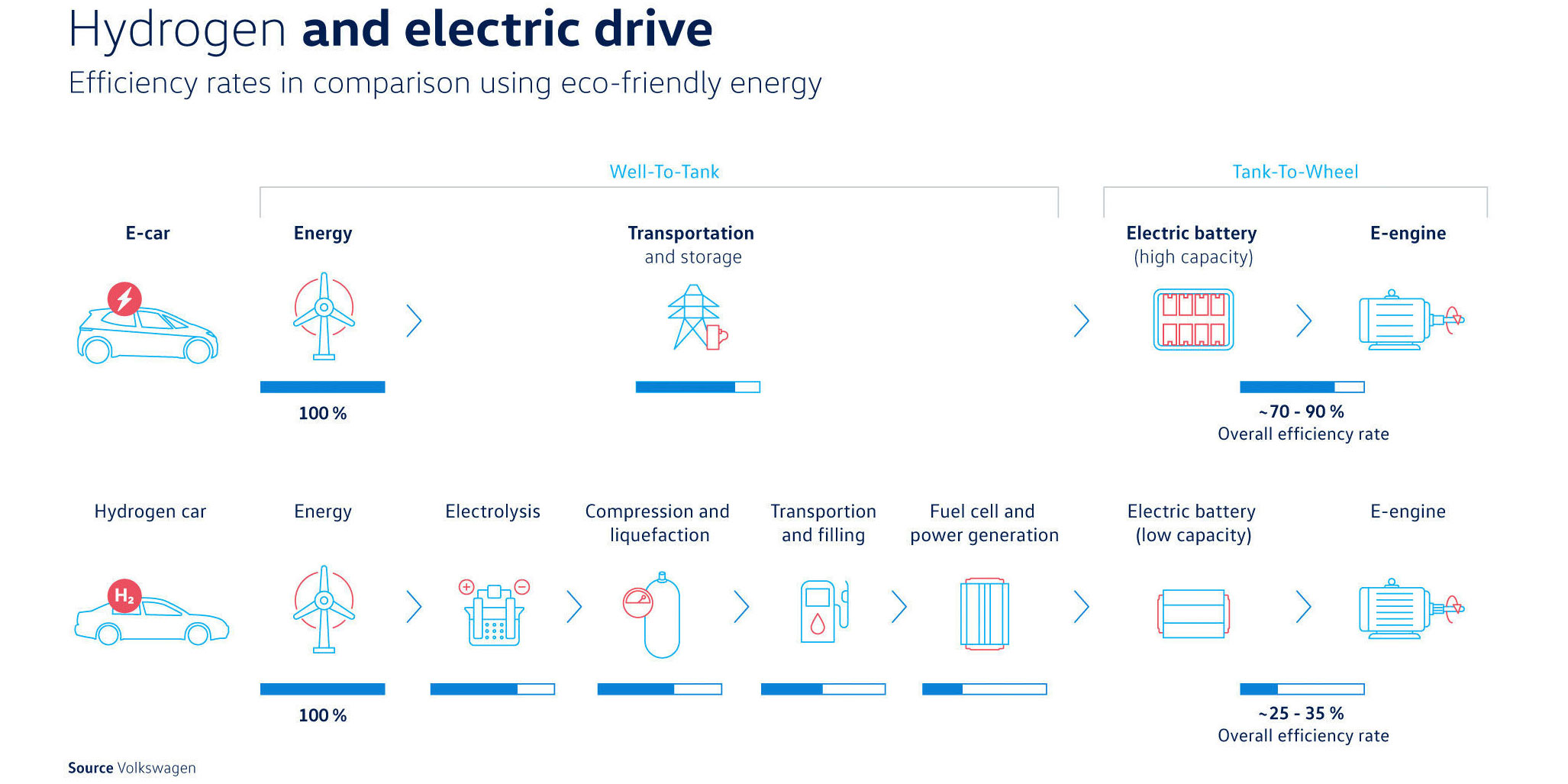 Steiner said the same thing is true for Porsche.

We continue to examine it, but at the moment this technology is not suited to Porsche. For one, the typical output of a stack is about 100 kilowatts, so if you want more power, you still need to include a large battery to provide peak output. That means you need even more room for their installation.

Secondly, the system’s overall energy efficiency is very poor because it takes a lot of electricity to split water into hydrogen, distribute it to fuel stations and convert it back to electricity.