Wuling Motors, a joint venture with General Motors and SAIC Motor, revealed photos this week of its first all-electric vehicle. The company said that it’s inspired by Japanese Kei cars, among the world’s smallest highway-capable vehicles. It could give us a glimpse of the type of cars that GM will help fulfill the country’s promise of selling a million EVs a year by the middle of the 2020s.

Reuters reported today about the goal of GM selling 1 million EVs a year in just a few years. But only a few hundred thousand will be made in North America. The news agency said:

A majority of those are expected to be built and sold in China, where a government mandate calls for increasing numbers of electric vehicles.

We reached out to General Motors to see if vehicles like the new Wuling EV, and the recently unveiled Baojun E300 – also produced by SAIC-GM – will be counted toward the sales goal. (We will update this post as soon as we hear back.)

Update (3/27/20): GM confirmed that it includes Baojun, Buick, Cadillac, Chevrolet and Wuling in figures used toward its EV goals.

In the meantime, Sam Fiorani, vice president of global vehicle forecasting at AutoForecast, told Electrek, “To get to the million-per-year number, it seems that GM will be counting Wuling and Baojun cars as well.” However, he said the majority of GM’s sales in China will be electric vehicles badged as Buicks, Cadillacs, Chevrolets, and GMCs.

Regardless, Fiorani is not optimistic that GM will achieve the 1 million mark by 2025 or so. “It’s not doable,” he said. AutoForecast Solutions harnesses industry connections around the world, including supplier orders, to create accurate forecasts.

The kei-style car will be “one more niche to fill,” he said. “But they won’t be selling a half million of these. The vast majority will be other models.”

In its announcement about the cute new EV, Wuling said that the two-door, four-passenger car is “a convenient tool for daily urban commuting.” The company promoted its compact size and short wheelbase as an advantage for maneuvering and parking in crowded cities.

Chinese news sources said that it has a battery pack size of about 14 kilowatt-hours. Power will max out at 27 horsepower. Other details, including the car’s name, will be released closer to when it launches later this year.

The tie-up between SAIC-GM-Wuling has produced other EVs, including the electric Baojun E200 and E300. 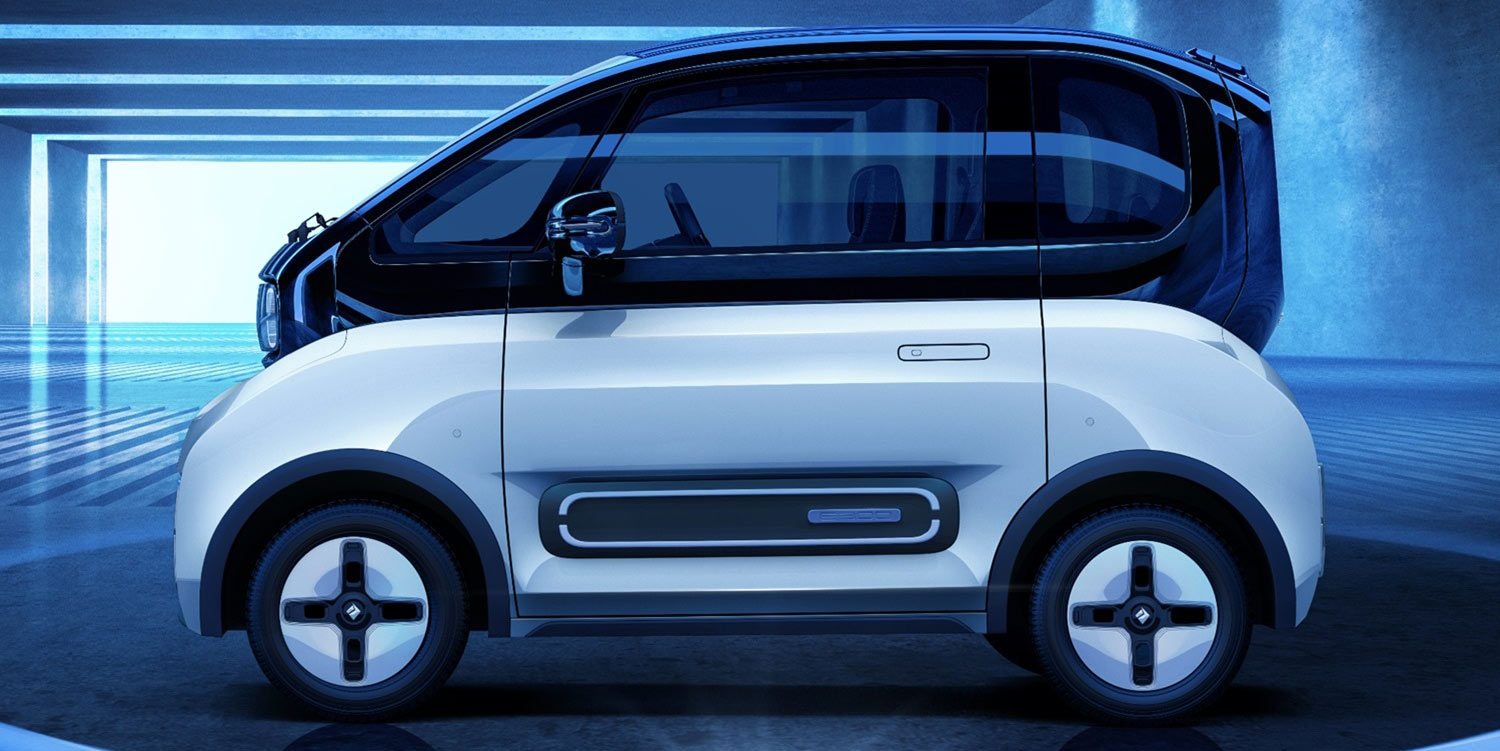 The Baojun E300, revealed in January, will offer two powertrain options – generating 39 and 54 horsepower. Battery sizes and driving ranges were not provided. The all-new Baojun E300 will go on sale in the Chinese market in early summer.

The tiny and low-powered EVs made under GM’s auspices in China (and for China) are adorable. But they exist in a different universe than the big, brawny, and badass electric vehicles the company revealed in early March.

Getting any global customer to adopt an EV is a good thing. Cost-conscious Chinese consumers need small, affordable electric transportation. In one sense, these little electric four-seaters are more efficient than a monster machine like the GMC Hummer EV, which can provide up to 1,000 horsepower.

But bold statements about selling 1 million EVs a year ring hollow if GM relies too heavily on models like the new Wuling EV and the Baojun E300.