When automakers tout big plans for electric vehicles, the key question is: How many will you produce and when? Specific numbers are seldom provided. But Reuters reports today that the total combined output in North America from General Motors and Ford in 2026 will be 320,000 electric vehicles. That’s based on internal planning information provided to suppliers by the automakers and obtained by AutoForecast, a sales planning analysis firm.

AutoForecast’s numbers are supported by data from other industry sources seen by Reuters. GM and Ford executives declined to comment on the data.

Based on that supplier information, GM and Ford expect to produce about 320,000 pure electric vehicles in North America in 2026. Reuters states:

At the same time, the data from AutoForecast Solutions, and seen by Reuters, shows that North American production of SUV models by GM and Ford will outpace the car segments by 8 to 1 in 2026. And 93% of those SUVs and pickups are expected to be powered by internal combustion.

We’ll go as aggressively as customers demand, and we are working hard to create the demand. I think you’ll see us be very aggressive.

Earlier in the year, I posed the same question about volume to Jason Mase, Ford’s electrification marketing strategy lead. Ford will begin selling the all-electric Mustang Mach-E later this year, with production of 50,000 units expected through 2021. He said:

The marketplace will dictate the volume to us. Every business starts off with a projection in their mind to build a business case. And I would say we’ve done a lot of careful research trying to understand where the marketplace might be going, what customers might want.

GM and Ford understand that buyers want more SUVs and trucks, but they’re also trying to play to Wall Street, which thinks the future is all about electric vehicles. The Detroit automakers would love to get a little of that Tesla magic and money. 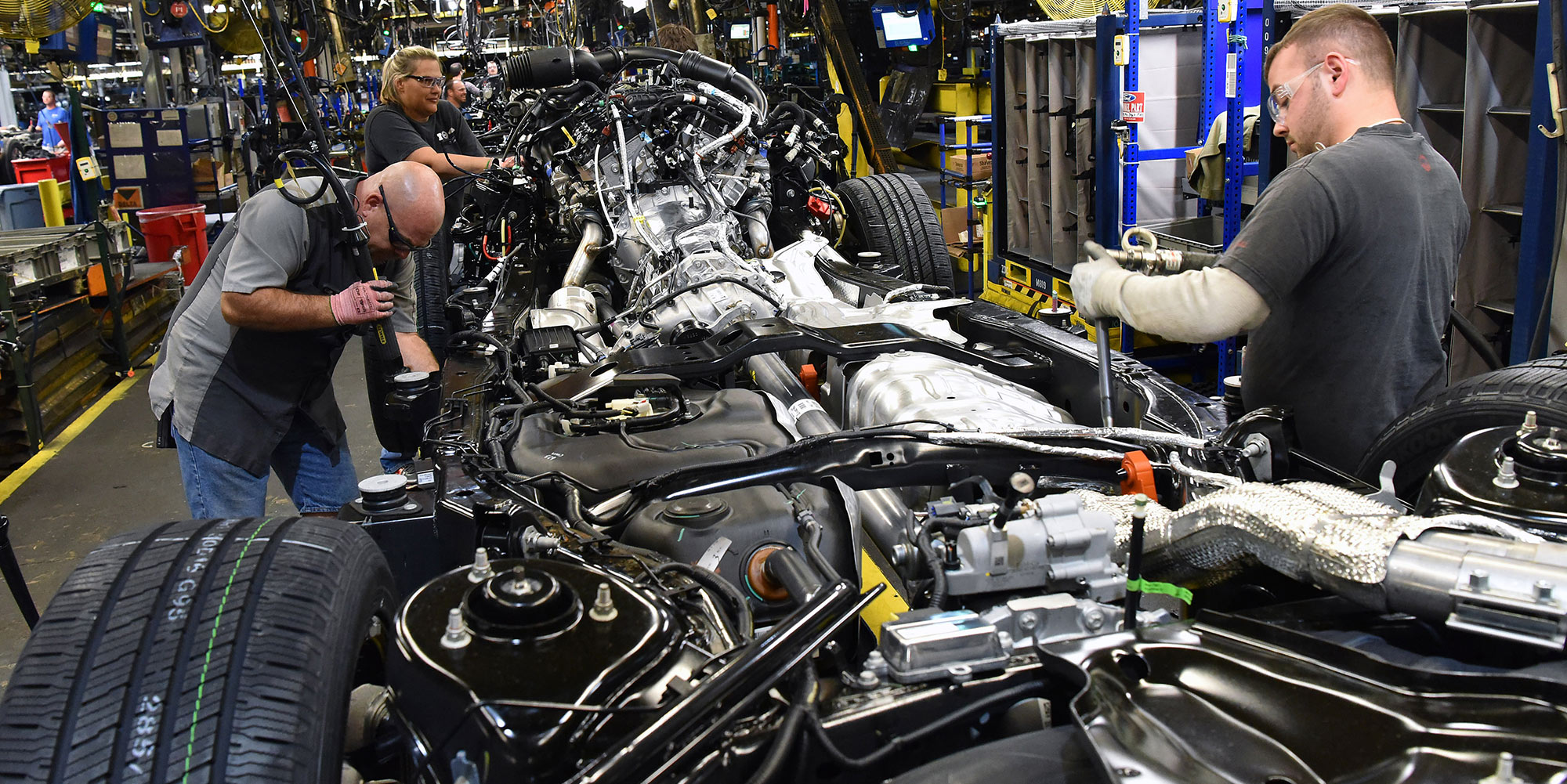 Production of the Ford Expedition

Fiorani told Electrek that AutoForecast Solutions provides global vehicle/plant level forecasts, updated on a monthly basis. The firm harnesses industry connections around the world for the most accurate information based on decades of forecasts used widely by the auto industry.

GM and Ford expect to make 5.2 million SUVs and pickups in North America in 2026, up from 4.6 million of those larger vehicles in 2019. SUVs and trucks will account for about 87% of vehicles made by the two Detroit automakers, compared with about 82% last year.

The International Energy Agency warned last year that the world’s shift to SUVs is wiping out the environmental benefits of electric cars.

It’s rare for planned auto production volumes to be revealed. But the supplier deals with GM and Ford show what they see as EV volumes in five years. They’re based on a calculus of likely demand, potential profits, possible supply constraints, and environmental regulations — which are all subject to change.

But the numbers revealed by Reuters say a lot. Keep in mind that they focus on North American production, not Europe or China.

Gas-powered SUVs, especially luxury models with big price tags, are among the automakers’ most profitable models. And low gas prices will make those profitable SUVs and pickups appealing to American car buyers. Moreover, under current US EPA rules, vehicles with a larger “footprint” are subject to looser emission standards.

Reuters hits the nail on the head, although understating the case: “That may be good for automakers’ finances, but probably not for the environment.”

From the looks of things, the Detroit automakers are content to let Tesla own the EV market for most of this decade. That may be good news for Elon Musk, but terrible news for climate change and the air we breathe.