GM’s display of 10 new EVs yesterday gave journalists practically no time to study specific design features. No photos were allowed. But the overall impression of the vehicle lineup was unmistakable. Those electric vehicles – most notably the ones badged as GMC Hummer and Cadillac – were big and badass.

The one exception from GM’s “EV Day” was the Bolt compact and its upcoming EUV sibling. The dweeby little electric hatches were lost in a crowd of beefcake automobiles. The Bolt was like the one goody-two-shoes A-student somehow allowed to have lunch with the cool jocks. The other EVs were all testosterone.

There’s a reason that GM is leading its EV campaign with the Hummer. It is setting the tone for The General’s electric design strategy. I received only one official note from GM about the Hummer’s design:

The exterior has a proud, confident stance, infused with Hummer DNA, including a low-turret upper, upright front windshield, and six vertical bars that become the signature of the face of the vehicle. Short front- and rear overhangs enable full off-road capable functionality and proportions along with high off-road stance.

However, I was able to sneak in two minutes with Gary Ruiz, the GMC Hummer EV’s exterior designer. Ruiz has been with GM for 16 years. He previously was the lead designer of the Chevy Volt. I asked him about how the old Hummer design was transformed with the shift to electric. Here’s what he said:

The building blocks of the old Hummer language was in place in terms of the volumes that we played with. There’s more sculpture to the surfacing.

We’ve been able to create this vehicle that looks like it’s forged out of one volume, but a lot of it has been scythed out. And the resulting lines look like they’re machined in there. The detail in the surfacing and how these volumes interact with each other has an industrial look, but it’s still very refined on the surfacing.

You have the resulting box fenders that give you that capable Hummer look. And the upright windshield looks very upper.

So all those things are a nod back to Hummer, but it’s done in a completely different way.

I questioned the aerodynamics (or lack thereof) from all the upright, flat, vertical surfaces ­– and its giant proportions. “It’s surprisingly aerodynamic,” said Ruiz, confirming that the Hummer EV underwent extensive wind-tunnel evaluation.

Later, I asked GM CEO Mary Barra about the large-ness of so many of its upcoming EVs. She said that the company’s new battery system makes it possible to produce any size and segment of vehicle ­– to respond to customer needs while keeping it zero-emission. Barra’s reply:

We can go from small to large, and that’s what we plan to do.

When you look at the scalability that we have with the Ultium pack and system, we can do whatever we can to hit each segment, for the functionality that customers need to live their daily lives.

I’m not sure that customers “need” a Hummer in their daily lives. But I bet they’re going to want it. Barra also emphasized GM’s expertise in aerodynamics and the availability of an onsite wind tunnel.

I now see why GM is leading its broad, multi-brand EV campaign with the GMC Hummer Pickup and SUV ­– and why the company chose LeBron James as its pitchman. The shelf of the electric Hummer’s hood stands above shoulder-level of most adult men. The standard wheels are 35 inches. If that’s not enough, you can opt for the 37-inch version. The proportions are NBA. 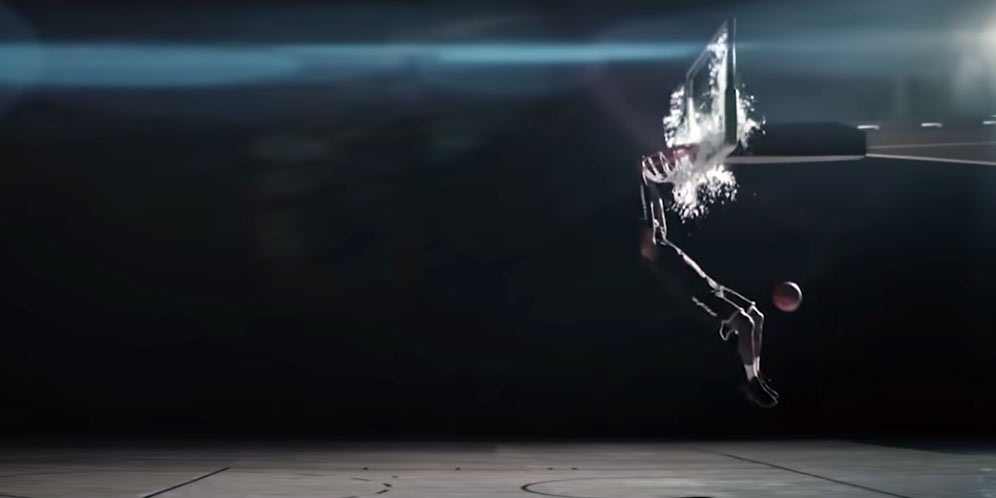 The Hummer EV will give the Brutalist Cybertruck a run for its money, although I don’t look forward to the bar-room brawl online exchanges between the two camps duking it out about which vehicle is tougher. (Actually, it might be fun. Get started in the comments section below.)

If the Cybertruck is a sheened, angular outer-space warship stamped out of a single sheet of metal, the GMC Hummer EV’s exterior is a blunt instrument spiked with grooves, nicks, and notches. That’s what Ruiz meant by its industrial surfacing.

On the other hand, when you see the GMC Hummer EV coming down the street, you’ll want to get out of the lane faster than point guard granting a galloping 6′9″, 250-pound LeBron access to the hoop for a fast-break dunk.

The Cadillac Lyriq and Celistiq ­– while lower, leaner and with smoother surfaces ­– are no less mean in their proportions and stance. GM’s combined electric lineup is a set of big, luxurious, and aggressive EVs like we have not yet seen.

Tesla’s introduction of the Model S nearly a decade ago brought a coastal (or continental) sense of style and sportiness to EVs. It was a breakthrough. Franz von Holzhausen admits that he borrowed from Aston-Martin and Maserati. That approach allowed Silicon Valley entrepreneurs and other geeks to be techy and cool at the same time (although maybe not quite sexy).

So far, we’ve had only a few minutes to soak in the looks of what GM is proposing. That’s not enough time. And there are no photos to study.

But what’s already clear is that GM is attempting to make its EVs so big and bad that a heartland buyer will never be questioned about his or her self-respect. Trumpists will probably buy them. The first drivers might even become a menace when showing off what the 1,000-hp Hummer version can do on the road.

All that said, GM has not yet proven that it can deliver and earn the trust of EV buyers. That will only come when it delivers more EVs for sale. The company has let us down before.

After yesterday’s razzle-dazzle event, and its display of raw, electric American muscle, the stakes are even higher for General Motors to deliver.