Ford’s electrification strategy to meet European CO2 standards is mostly about hybrids. The list includes a plug-in hybrid Kuga crossover, conventional hybrid sedans, and mild hybrids for popular small cars, like the Fiesta, Focus, and Puma. But this doesn’t mean Ford doesn’t have EVs in the works.

The UK’s Business Car website reported today that the company will leverage its relationship with VW to develop EVs for small cars. Andy Barratt, managing director of Ford Britain, said:

The prioritization for us is to democratize electrification, and that is to go where the volume is.

That means Ford’s best-selling models in the UK, the Fiesta and Focus, will need to be electrified, and not just with mild hybrids. Barratt said that just because those small models had hybrid options didn’t “suggest we are not working on an EV or PHEV Fiesta and Focus. And it doesn’t suggest that we have disregarded them.”

We’re still developing the alliance with VW, and there will be at least one, probably two passenger vehicles built off the MEB platform, and they will be at a lower price point than the Mustang Mach-E.

We asked Ford today what those hints about a new electric Focus or Fiesta could mean for its global EV efforts. John Gardiner, executive director of communications for Ford of Britain, replied:

Last year, we announced one BEV model based on the Volkswagen MEB platform for Europe, starting in 2023. This will be a potential of more than 600,000 units over its life cycle, which starts in 2023. We’re also looking at the potential for a second vehicle, which is under consideration.

2023 feels like a long way off. But as Barratt pointed out, Ford’s relationship with Volkswagen is its the path forward. He said:

We can jointly share the scale effect on that MEB platform, and that is really important because the market is very small at the moment, and so we really need to amplify that volume and get the scale benefits.

Working with Volkswagen is really going to allow us to do that and get those products to market at an affordable level, but still with all the functionality and features you would expect.

Ford’s signature EV is the Ford Mustang Mach-E. But as Darren Palmer, Ford’s product chief for EVs, told us in late January, the new Ford electric vehicle was at first going to be a second-generation Focus. Palmer said:

The Mustang Mach-E car was going to be a Focus BEV Version 2. It would have been a new platform. 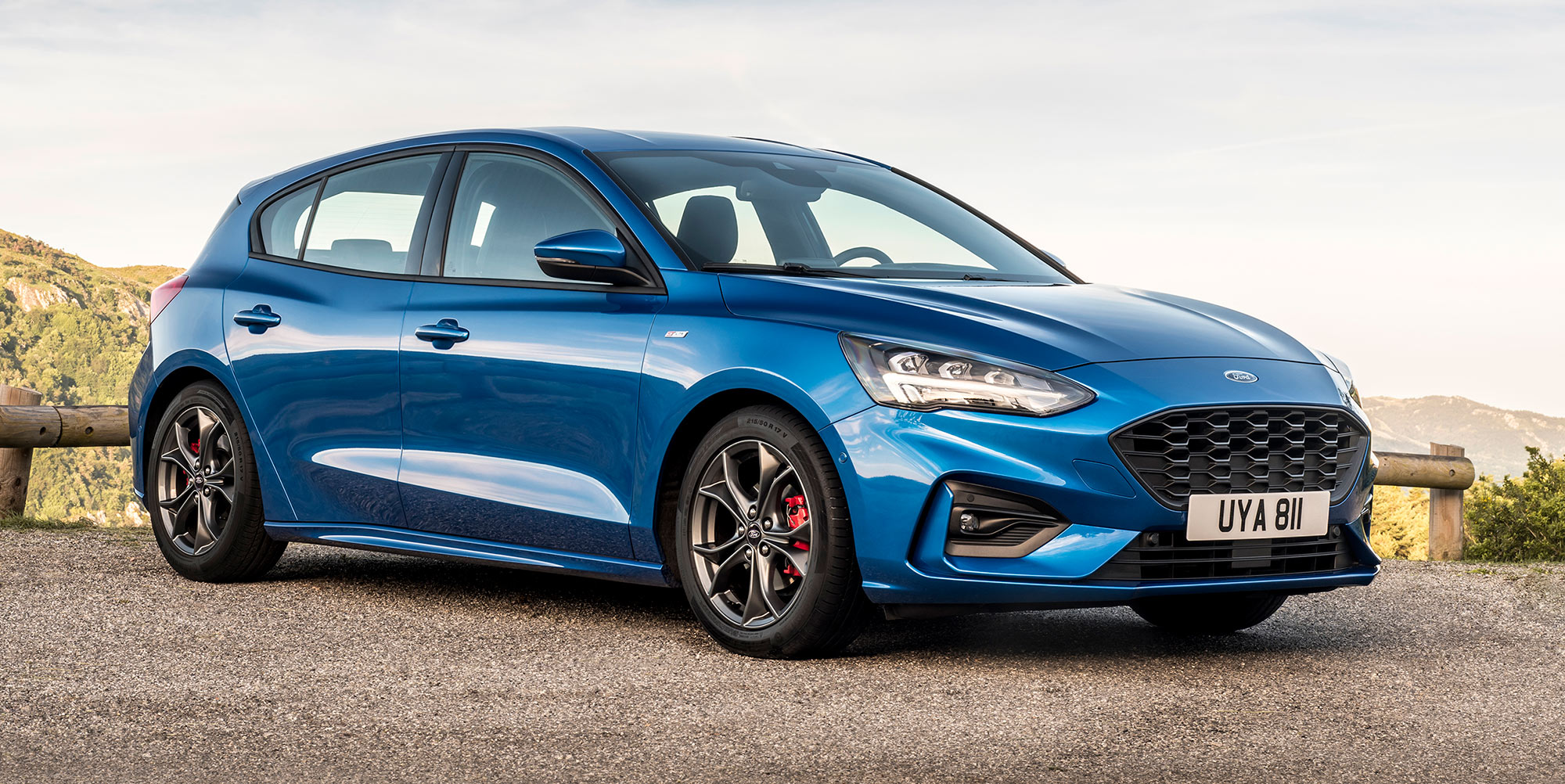 Maybe a new and improved, affordable Ford Focus Electric was a good idea after all

Instead, Ford developed an electric powertrain for a crossover SUV.

Just how critical is Ford’s relationship with VW for even more affordable, smaller EVs — especially for Europe? Very.

Even before the coronavirus shut down factories and cut off sales, the company had big financial problems. As we reported a few weeks ago, Ford COO Jim Farley said the company has a “sense of urgency and crisis.”

Now its partnerships with VW and Rivian are coming into sharper relief. Without them, Ford’s EV program looks very American (rather than global) with a Mustang-inspired SUV and an electric F-150. Considering that Europe is now the global capital for EVs, Ford’s electric platforms need to get sized to what’s driven across the pond.

With VW helping to reduce the costs of parts and production for smaller EVs, and perhaps Rivian doing the same for larger electric models, Ford can make the necessary investments in its global electric-car future.