The General Motors team dedicated to electric vehicle infrastructure is looking beyond the early-adopter market to when mainstream buyers are buying and charging EVs. Electrek spoke last week with Rick Spina, vice president of autonomous and EV commercialization, and Alex Keros, lead architect for EV infrastructure. They believe “normal” in the EV world might not be here until 2025.

“DC fast charging is woefully behind where the market needs to be right now,” said Keros. He mentioned that the number of EVs on US roads will significantly expand in the next three to four years. When you look at that growth (for example, measured against a ratio of vehicles-per-DC fast charger), there’s a lot more work to be done. Keros said:

We haven’t yet created normal in the EV world.

Keros points to GM’s partnership with construction-giant Bechtel as one way to make up for the shortfall. He said that the Bechtel partnership is still in the “philosophical” discussion phase.

Keros said that GM’s EV infrastructure efforts are broad, encompassing home, workplace, and public charging for personal vehicles and fleets. But the Bechtel tie-up could focus on urban charging pavilions.

“We’re not going to be competing on highway corridors,” said Keros. “This [proposed Bechtel] network is going to be urban and suburban charging.” He said that those locations could each have as many as five to 10 charging stations.

GM will not own or operate these stations. “We’re just helping to jump-start investors to put some money in, and then we’ll get out,” said Spina. “It’s not a business we want to be in.”

“I’m not arguing that we’re going to meet all charging needs in public at 350-kilowatt stations and that it’s going to be the gas-station model,” said Keros. “In fact, I would argue against that.” He said that most people go home, plug in, and forget about it. But Keros believes the ease of home EV charging hasn’t been adequately conveyed to consumers — not nearly like how automakers always mention metrics about charging speeds.

When Spina was asked if the goal was to solve charging for people living in apartments and multi-family dwellings, he replied, “That’s our current thinking.” 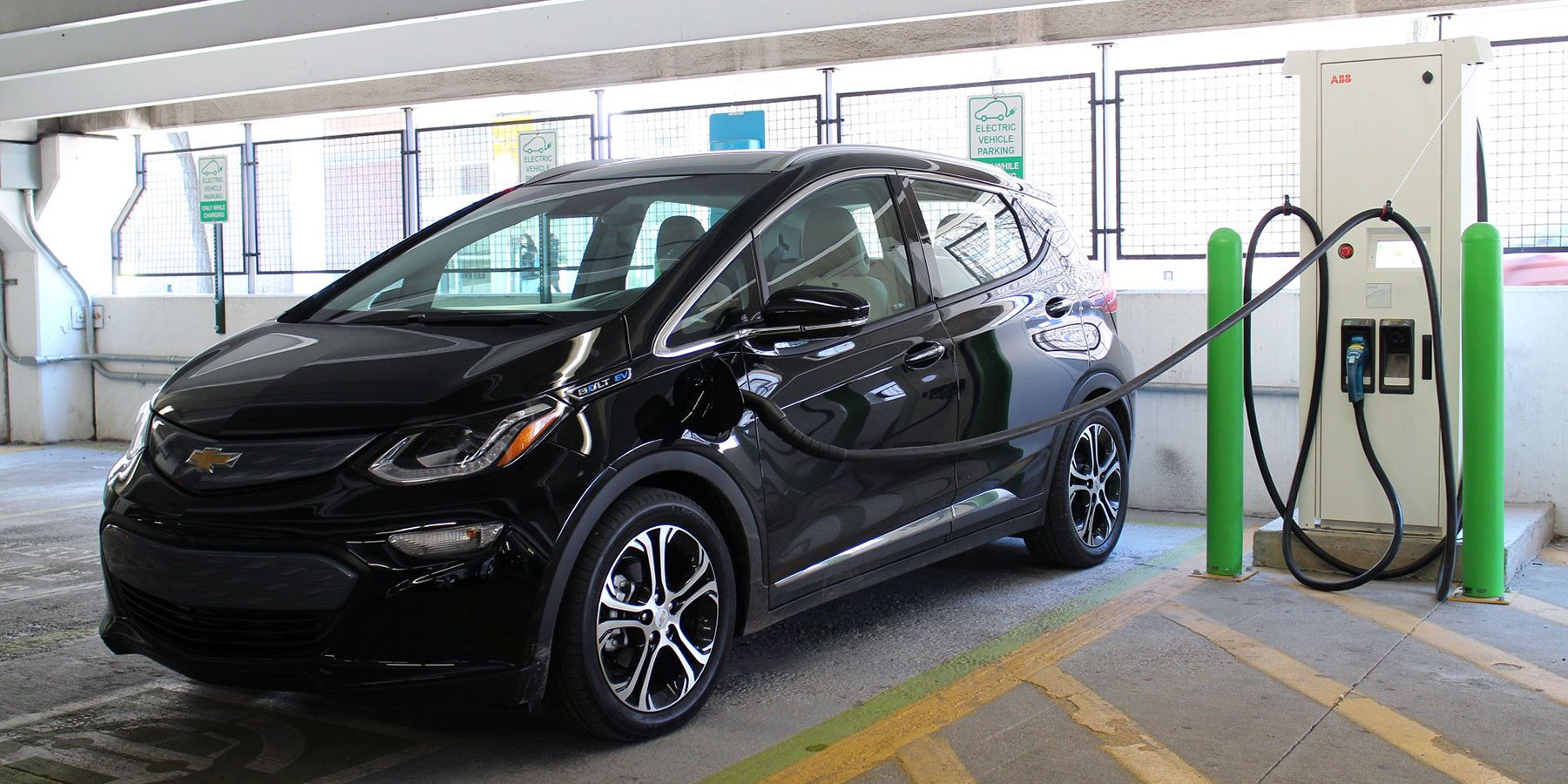 Keros and Spina believe that the next wave of potential EV buyers — like those who might purchase the GMC Hummer EV ­— have not begun to consider how electric-vehicle charging works and how much driving range is needed. They believe that many of these EV newbies might not want to put any thought into setting up home charging.

Keros said that GM is considering how to implement a “cable-box” strategy, in which consumers sign up for a monthly fee to have GM deliver, install, and manage a home charger.

GM’s EV specialists are looking beyond this year and next to an entirely new wave of electric drivers. On the one hand, it shows forward thinking. And it makes sense because, beyond the Bolt, GM’s all-electric pickups won’t hit the market until late 2021. The company won’t have a full lineup of EVs until about 2023.

On the other hand, putting so much thought into solving what we perceive to be a non-problem — home charging, that is —  doesn’t make sense. Installing a suitable 240-volt outlet is a no-brainer. Most new EVs these days come with a portable 240-volt charger that simply plugs into that outlet, like a NEMA 14-50.

Meanwhile, providing charging opportunities for apartment dwellers is still an unsolved problem, which GM is apparently trying to resolve with some help from Bechtel. Kudos to GM for addressing a real need. Keros was instrumental in figuring out charging for Maven, GM’s car-sharing service. So he has a good vantage point.

Building codes throughout the country are beginning to require EV charging capability. Putting charging where people are already parking is by far the most convenient approach. But if Spina, Keros, and team can devise a genuine charging solution for urban dwellers not in private homes, that would be a boon for all EV drivers. However, these solutions need to move from philosophical discussions to actual construction a lot faster than 2025.