Many US states are only now attracting early adopters of EVs

Electric cars are commonplace in California cities and other key US markets. But as the Greater Baton Rouge Business Report indicated last week, many US states, including Louisiana, have barely begun to make the shift to EVs.

“Interest is nearly nonexistent,” said Matt McBrayer of Royal Automotive Group. “The vehicles are a viable option, but there needs to be more interest in the car for more people to understand that.”

That’s only one data point. And as CleanTechnica points out, McBrayer is not a great source, because his company only sells the Mitsubishi Outlander Plug-in Hybrid.

As WLOX television in Gulfport, Mississippi, reported a couple of weeks ago, locals Jason and Christy Livery recently drove their two gas-powered cars to Atlanta and returned home with a couple of Teslas. (The photo above shows eager Tesla buyers in Atlanta.)

Mr. Livery said he was at first nervous about getting behind the wheel. “I wasn’t sure what I was doing,” he said. Ten minutes later, he realized that it’s just a matter of driving as usual.

“There are Tesla superchargers all over the country on every major interstate everywhere,” said Livery. “We went ahead and pulled the trigger on it.”

Chris Sweebe, also of Gulfport, was the one who encouraged the Liverys based on his EV experience. He admitted that Teslas are rare in his town, but that he likes being that guy.

And so it goes with early adopters in low-uptake areas across the country. But with a lack of availability of electric models at dealerships, it’s an uphill battle in many places.

A 2019 study from Sierra Club revealed that 74% of auto dealerships nationwide still do not have a single EV on their lot for sale. The situation was even worse outside of so-called ZEV states on the West Coast and in the Northeast. In non-ZEV states, more than 78% of auto dealerships had no EVs. 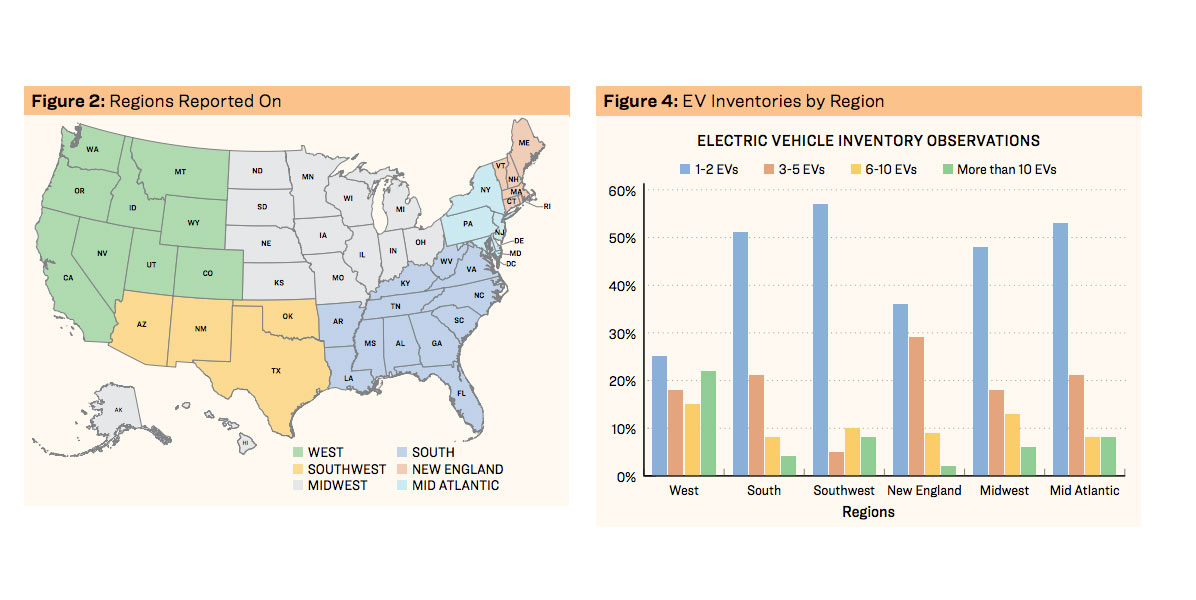 The disparity between coastal cities and the American heartland was underscored by this month’s study from the Pew Trust, which shows nearly nonexistent charging infrastructure in some states.

The public policy outfit noted that North Dakota has just 36 charging locations, and Alaska only 26. There are gaps throughout the country. Pew discovered a ratio of 13 EVs for every public charger in Massachusetts, and 35 electric vehicles per public charger in New Jersey. 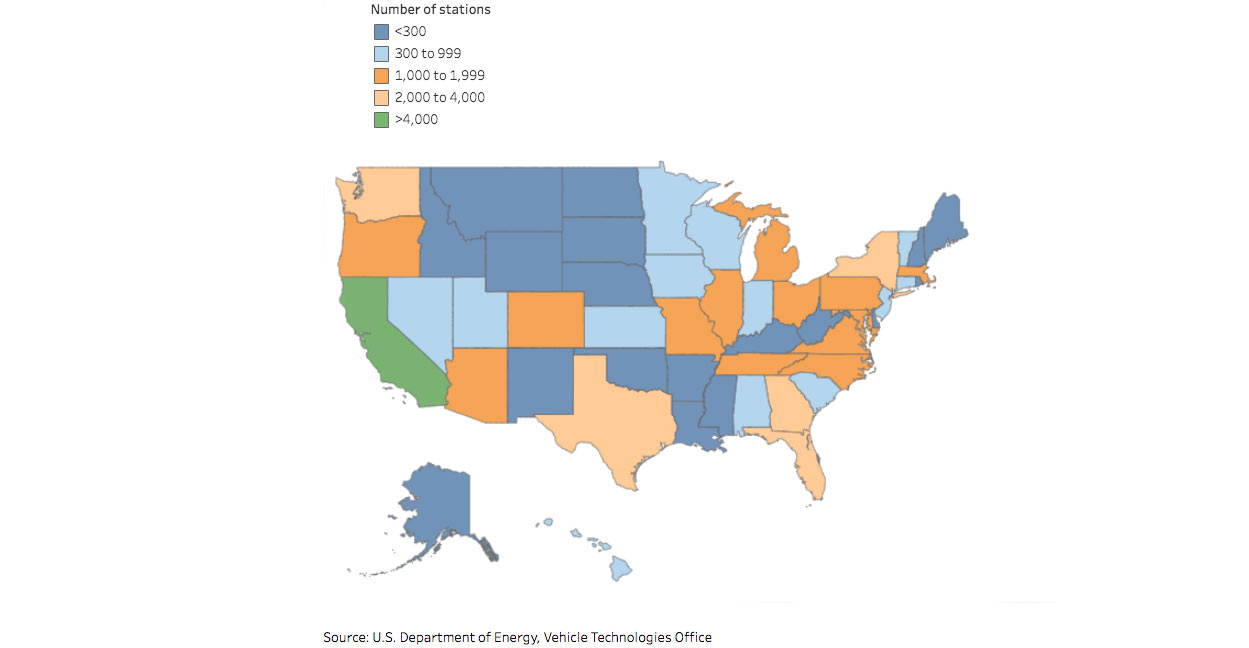 The Baton Rouge business paper cites low gas prices as a disincentive to switching to electric. Also, several EVs on the market are not available in all 50 states.

However, a state’s political affiliation is probably not the culprit ­— at least if we use the adoption of home solar as a proxy for EV sales. As Electrek reported in November, a study published by Nature Energy on residential solar found that 34% of members of solar-adopting households are registered Democrats as compared with 31% in control households. The mix is slightly less for Republicans but not by much. In solar-adopting households, 20% are registered Republicans compared to 22% in control households.

The study’s authors believe that Democratic solar owners are driven by a belief in climate change, while Republican solar adoption is probably based on a sense of energy independence. In either case, EVs and solar are part of the solution.

The many benefits of EVs transcend geography. Yes, some parts of the country, for whatever reason, are only now realizing all the reasons to go electric. As California’s urban centers have gone in recent years, so will every nook and cranny of the United States.

It won’t happen as fast in some of those places. So the adoption curve, from early adopters to fast followers and then mainstream, shifts to the right over time. More choice, including electric Ford Mustangs and battery-powered Chevy pickups, will help in that regard.

It might be a rare sight today to see a Tesla in Mississippi or a Leaf in South Dakota. But that’s how it begins. Where have you been surprised to see an EV pop up?