GM president on its electric future: ‘We can’t get away with vaporware’ 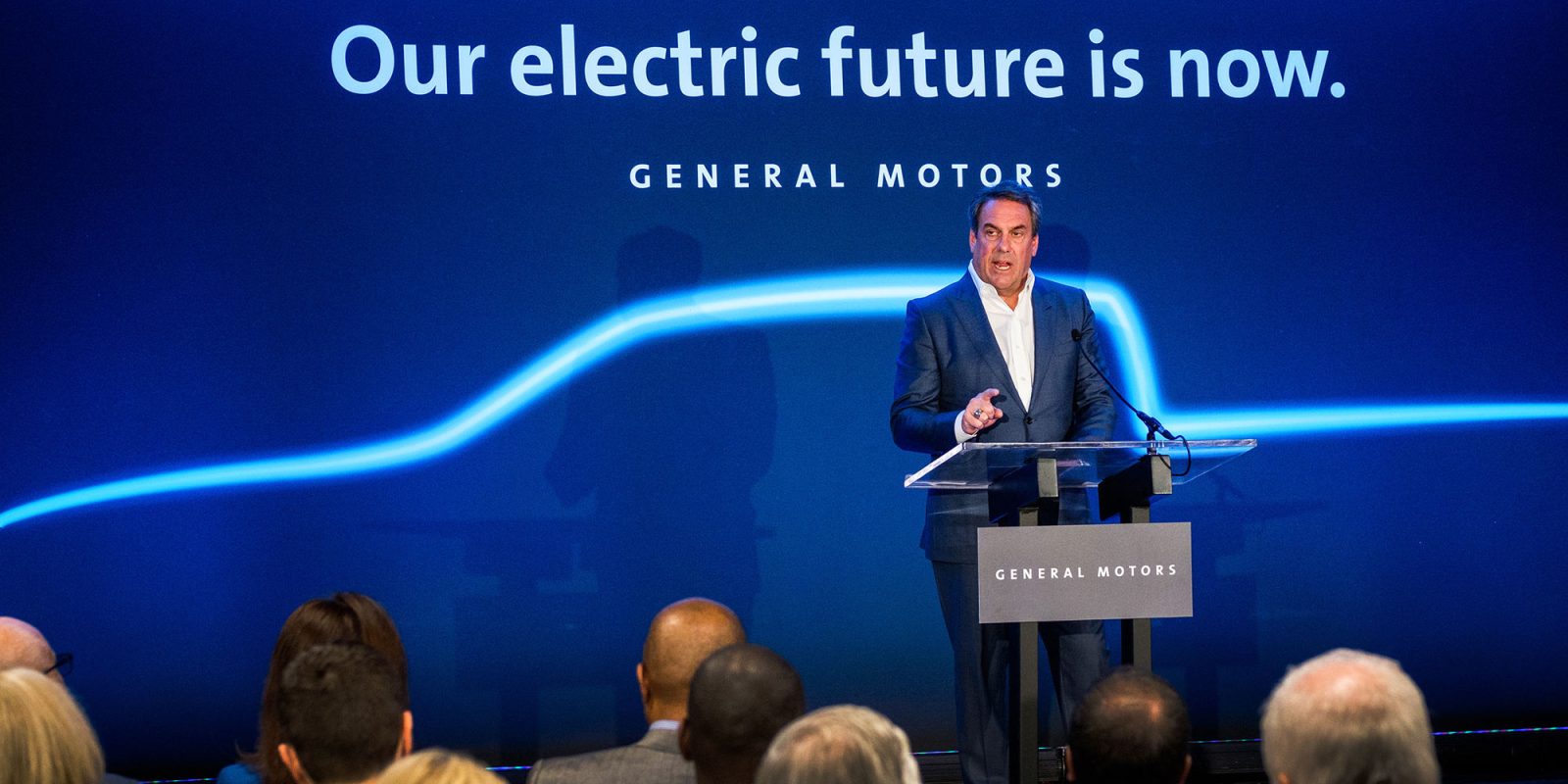 After GM’s official dedication yesterday of its Detroit-Hamtramck plant strictly for electric cars, Electrek spoke with Mark Reuss, the company’s president. We wanted to hear directly from GM leadership about its level of commitment to quickly deliver on multi-billion-dollar, global EV plans. Here is an edited version of Reuss’s discussion with us and a small group of reporters.

Can you talk about the pace of EV adoption and when you expect a tipping point?

The turning point is now because we have to plan for an electric portfolio to eventually become the standard. I don’t think there’s an inflection point that says it’s 30%, 40%, 50% adoption. And I don’t want to put a year on that because the customer will decide based on solving the friction points, such as price, range, and infrastructure, that prevent people from buying electric vehicles as a primary vehicle and not a secondary vehicle. It’s our job to solve all of those, and that’s what we’re doing.

Will your next EV be a Cadillac SUV or a pickup?

We have a very modular set of batteries. We can go low-floor, low roof. Or we can go high-roof, high pack.

How will you prepare your dealers to sell EVs?

We have one of the best dealer, sales, and service networks in the industry. We’ve done electric cars and plug-in hybrid cars. But they weren’t in scale. Two cars do not make a strategy.

So with the next Bolt, and what comes after that Bolt, the plan is to change the retail-buying experience. (Note: the next Bolt is likely an SUV variant built in the Orion plant.) I showed a group of some of our best, top-volume dealers, maybe four weeks ago, the electric portfolio in General Motors. They couldn’t believe the commitment and the excitement around those entries, which is different from where we’ve been before.

Will your EVs be North-America focused?

These are global vehicles. The battery strategy and architecture is very global. And so when we design our new battery packs, they are designed to accommodate things like a prismatic-cell structure that is highly used in China, or our more mainline pouch system that we have with LG in North America and the United States. That flexibility to do those orientations and configurations of cells enables a footprint that is quite different.

The big cost will be the battery electronic system. As we build scale, it becomes less that way. The chemistry is all vertically integrated. That’s why you see our footprint in Ohio. We’ll do our own electric motors and power-control systems. Chemistries come out of our labs in collaboration with global suppliers. So this is very much a global scale.

What about the profitability of your EVs?

How will you configure the motors for your new EVs?

Will your battery packs keep getting bigger?

No. When we started with the Volt and the Bolt, we probably over-designed those battery packs. They may never die. But along the way, you learn how to control it and how people really use it, which until you do it, you’re guessing. So with better efficiency along the way, you’re decreasing the cell cost and size and improving the curve of performance and value, independent of cell chemistry.

We haven’t yet put a battery-electric truck out there, so we don’t know exactly the duty cycle on that, but we do know how people use a Bolt and Volt ­and the sizing of those systems and number of cells. We had a really good head start. The way that you configure the battery is equally important for cost parity.

How do you choose the engineers to work on EVs?

I think that we have the best-equipped technical resources. They are a tour de force. We usually don’t brag about that stuff. But General Motors has to not so much talk about it, but actually show people. That’s what we’re on the verge of. We can’t get away with vaporware.

But it’s been nearly four years since GM put out the Chevy Bolt. And there’s been nothing else electric since then.

Then again, if we take the company’s word for it, there will be an avalanche of new EVs coming from GM ­– the oft-quoted 20 new models by 2023. The clock is ticking.