In their heyday during the 70’s and 80’s, mopeds were one of the coolest ways to get around. The feel of a motorcycle, yet as manageable as a bicycle (and without the need for a moto license), mopeds were the ultimate freedom vehicle. With most reaching speeds of 30 mph (48 km/h) stock, yet tunable to higher speeds, mopeds were seen as a fast and efficient way to get around. But with the unyielding march of time, mopeds eventually went the way of the mullet and the 8-track.

Until now, that is. San Francisco-based ONYX Motorbikes is bringing mopeds back in style, with a twist. This time, mopeds are going electric!

Electrek caught up with ONYX founder Tim Seward in between personal deliveries of his company’s new electric mopeds.

Tim started ONYX with just a few thousand dollars and an idea. Like many entrepreneurs, he took to Indiegogo to raise the money he needed to produce the electric mopeds.

The response was overwhelming. Almost 500 backers shelled out nearly $1M to get their hands on one of Tim’s electric mopeds. That was in June of last year. Ever since, Tim and the team at ONYX have been working nonstop to meet the demand. Now that work has paid off as the company began making deliveries last week.

And like a true founder, Tim has been delivering the mopeds personally to the early reservation holders.

The mopeds are impressive, to say the least. They come in two models: the entry-level yet not-so-timid ONYX CTY and the flagship ONYX RCR.

Both mopeds feature removable batteries, hydraulic brakes, full suspension and integrated LED halo headlight and LED bar tail light. Between the two, Tim says that the RCR has gotten by far the most attention:

“The RCR has been 10 fold more popular than the CTY. People are looking for something more powerful than the current offerings on the market, and the RCR kicks that out of the park for most people. While the CTY is a super fun bike that can reach upwards of 30-35 mph it just doesn’t have the raw power of the RCR that most of our customers are after.” 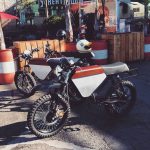 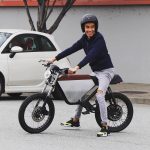 The CTY and RCR were originally available for pre-order on Indiegogo for $1,625 and $2,299 plus shipping, respectively.

Both models have multiple riding modes. With a flip of a switch they can be governed back to 750 W and 28 mph (45 km/h), making them street legal Class 3 e-bikes. When riders hit private property or head off-road, they can shift back into no-limits mode. The RCR also comes with a VIN if you want to try registering it as a street legal motorcycle to ride full speed on the road. However, laws vary by state and you might need to apply for a custom vehicle designation.

Tim’s inspiration to begin ONYX came from two sources in the personal electric vehicle industry. He worked very closely with George Schnakenberg, the lead industrial designer for the original Boosted Board, among other impressive products.

“George was actively engaged in design for sustainability and lobbying the government to improve regulations for electric transportation. He was a true inspiration for me and when he passed away I decided to change my path working towards a contribution to this movement.”

A few years later, Tim began working with Rufus Ashford, the founder of vintage Honda parts shop Four-Into-One. Tim helped him with the concept design for an electric moped based on the 1970’s Vespa Ciao. That began his own interests in electric mopeds, ultimately leading to him building his own personal models.

“After my first few prototypes, I kept getting stopped by hundreds of people over the years asking where I got the bike and I simply told them I built it myself. Many would ask if they could buy the bike and that is where I decided to launch an Indiegogo campaign to see if this traction I was getting on the streets would fair with the rest of the world. I have always kept George in the back of my mind from the day I started building e-bikes, and all I really hope for is a part of his legacy will live on through ONYX.”

The stress of success

Tim hoped that people would like his electric mopeds as much as he did, but didn’t anticipate the huge demand they would create. He and his team have since had to quickly scale up their operations to produce enough vehicles.

Vendor delays have slowed down production, as the team had to source many more parts than they originally expected. Once the parts started arriving, assembly began locally.

“We get the parts manufactured all over the world and we assemble them right here in San Francisco in our tiny warehouse. We have plans to expand to a larger space very soon because we are literally bursting at the seams with orders to build.” 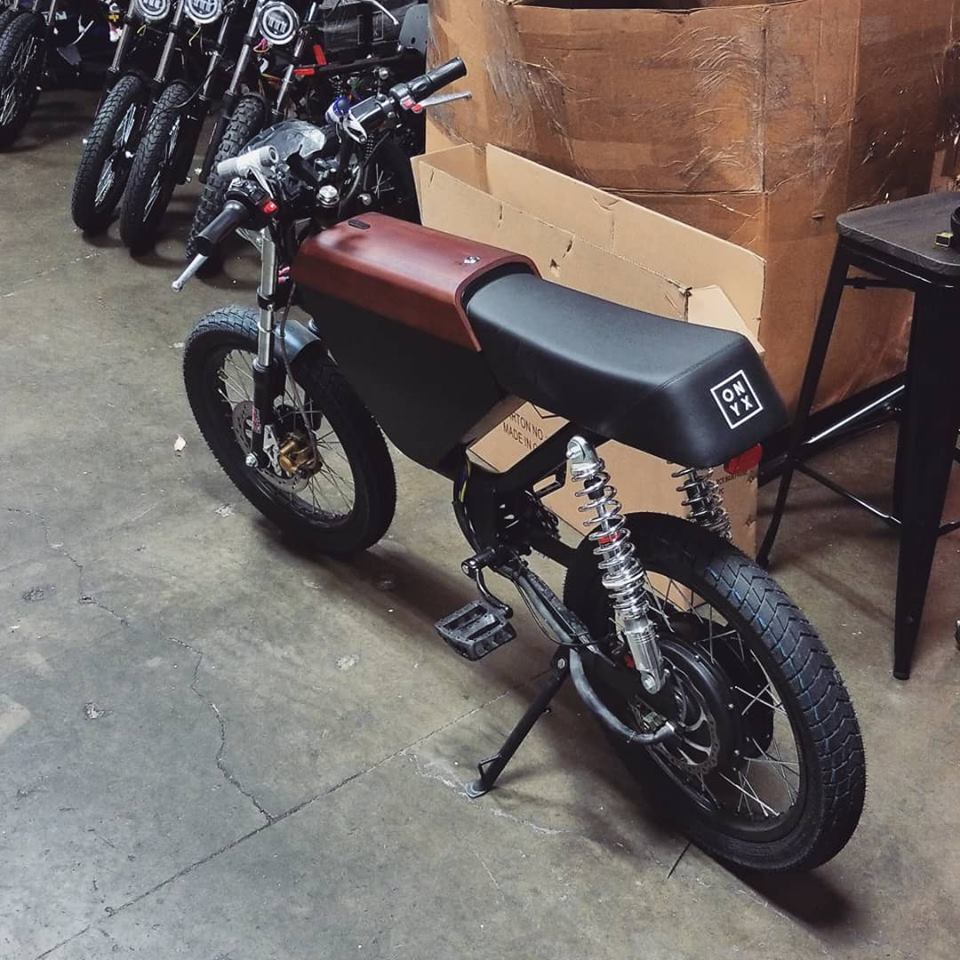 Tim says that the hundreds of backers on Indiegogo have been very supportive and understanding so far, and are excited that deliveries have now begun.

The success of ONYX also stands out even more so considering their path to funding on Indiegogo.

Many people often consider crowdfunding projects to be a scam since backers aren’t working directly with a company and instead pledge money to support future production. But Indiegogo actually has a long history of successful electric vehicle projects that got their start on the platform. 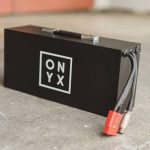 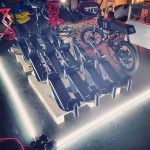 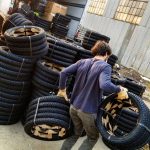 According to Tim, being up front and available to backers has been the key to ONYX’s success.

“I think the best approach for us is to be as transparent as humanly possible. All of our backers have had incredible support for our venture and we honestly don’t think we could have a better crowd behind us. While we have had a number of growing pains from prototype to production and now fulfillment we have had nothing but support from our Indiegogo backers.

So I would say that while we might not be changing the perception of Indiegogo as a whole we are hopefully helping people see that they really can help contribute to starting a business from nothing like ONYX and get a sweet e-bike in the process.”

For anyone who missed the original Indiegogo campaign or was too nervous to take the plunge, you can still get your hands on a 60 mph RCR for May delivery. The MSRP is now $3,600, though it is currently on sale for $3,250.

What do you guys think of ONYX’s mission to bring back mopeds? Let us know in the comments section below.