Inboard Technology is best known for their highly acclaimed M1 electric skateboard, which is fairly unique among a large pack of competitors due to its removable and swappable batteries.

For weeks they’ve been teasing their customers with the imminent launch of “something”, while revealing very few hints. Today they’ve finally dropped the veil to show off the company’s new electric scooter, complete with an impressive list of features not found on any other electric scooters on the market.

Inboard’s new electric scooter is known as the Glider, and marks the company’s first departure from their signature product: electric skateboards.

The Glider was specifically designed to improve upon the shortcomings of the most popular electric scooters on the market, such as the Xiaomi M365 scooter used by companies like Bird, Spin and Lyft.

It will be offered in both a consumer model and a fleet model, with the only difference being the software within the app which is customizable for fleet usage. 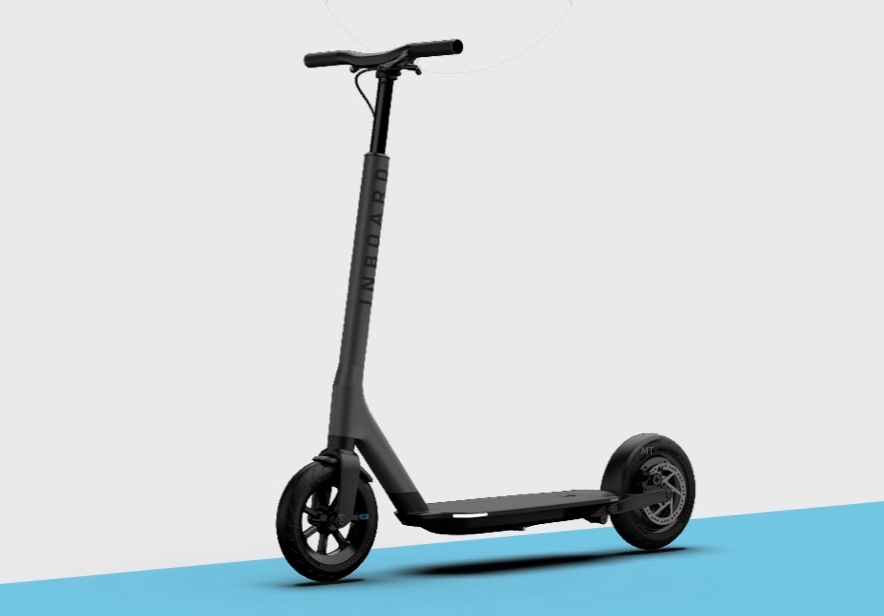 “The Glider is the confluence of our hardware mastery, our software expertise, and our never-ending ambition to provide smarter urban transportation.”

One of the features that has set Inboard’s M1 electric skateboard apart is its removable battery. Instead of turning into a heavy and difficult to push brick-on-wheels when the battery dies, the board’s battery compartment pops open, allowing the rider to swap in a fresh pack. 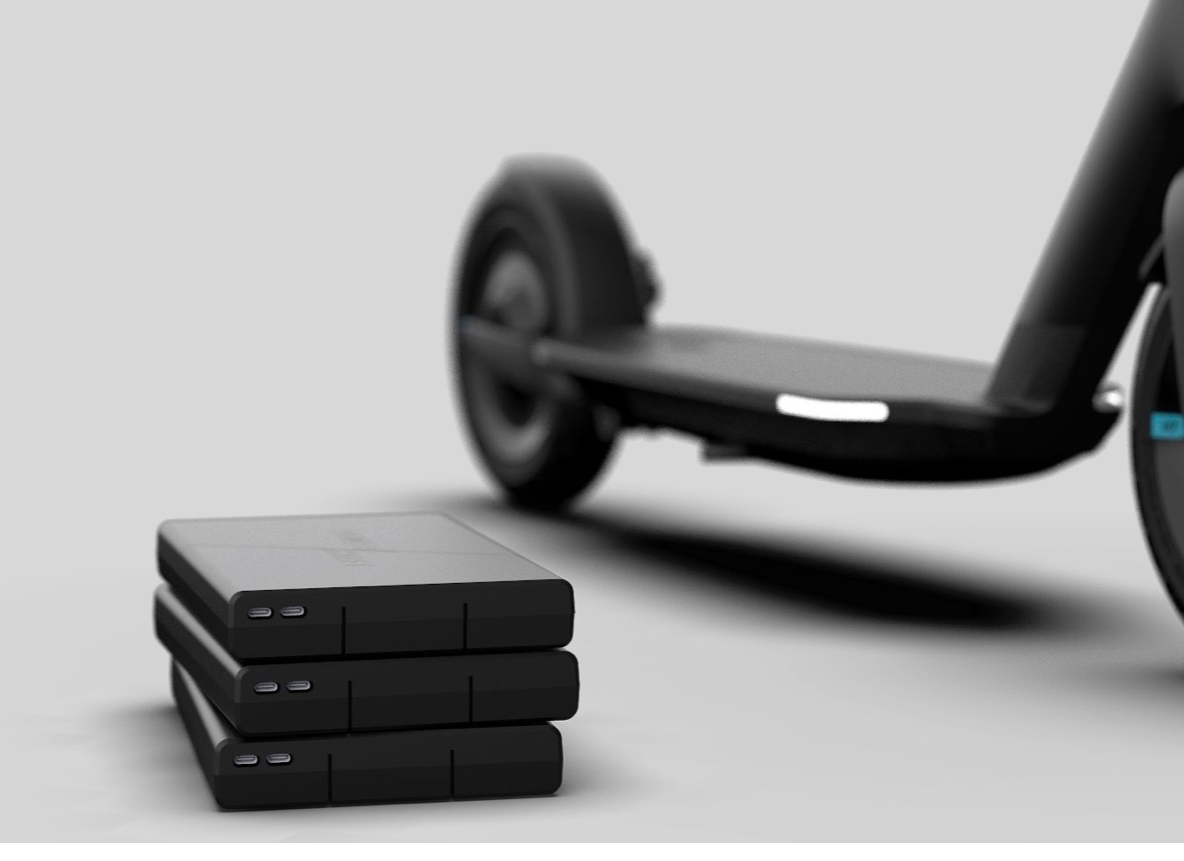 The Glider builds upon that same technology, and is one of the few electric scooters that allows user-swappable battery packs. Each battery should be good for 12 miles (20 km) of range.

It also sports a higher power 750 W motor, which should help it conquer hills that have stalled out scooters from companies like Lime and Bird, which are usually rated for just 250 W. On flat ground, the motor is powerful enough to reach speeds of 18-20 mph (29-32 km/h).

The Glider also sports oversized pneumatic tires, which roll over bumps and potholes easier than smaller wheels and help absorb bumps and holes in the road.

But to add an even smoother ride, Inboard has included coilover suspension in the design – another feature rarely found in electric scooters. 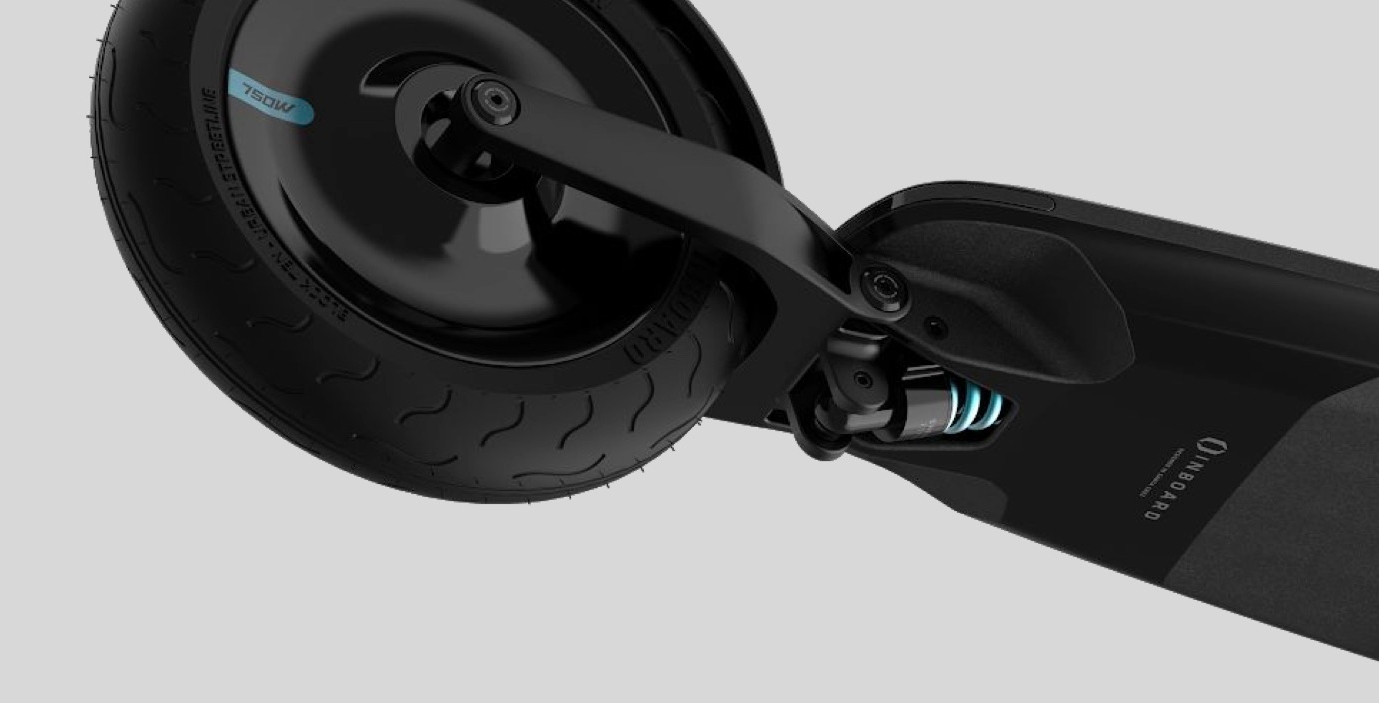 Another feature unique to the Glider is its low deck height. In fact, it is the only scooter on the market with a deck surface below the wheel axle centerline, improving the handling and stability while still maintaining 3″ (7.5 cm) of ground clearance.

Like some other electric scooters, the Glider also includes user-updatable firmware as well as headlights and tail lights. Unlike other scooters though, the Glider also features turn signals that are actuated by a handlebar switch.

Turn signals have been a stumbling block for some electric scooter sharing companies. Cities like Cambridge, MA require electric scooters to have turn signals, which is part of why the city kicked out Bird when it dropped its Xiaomi M365 scooters around town in July. 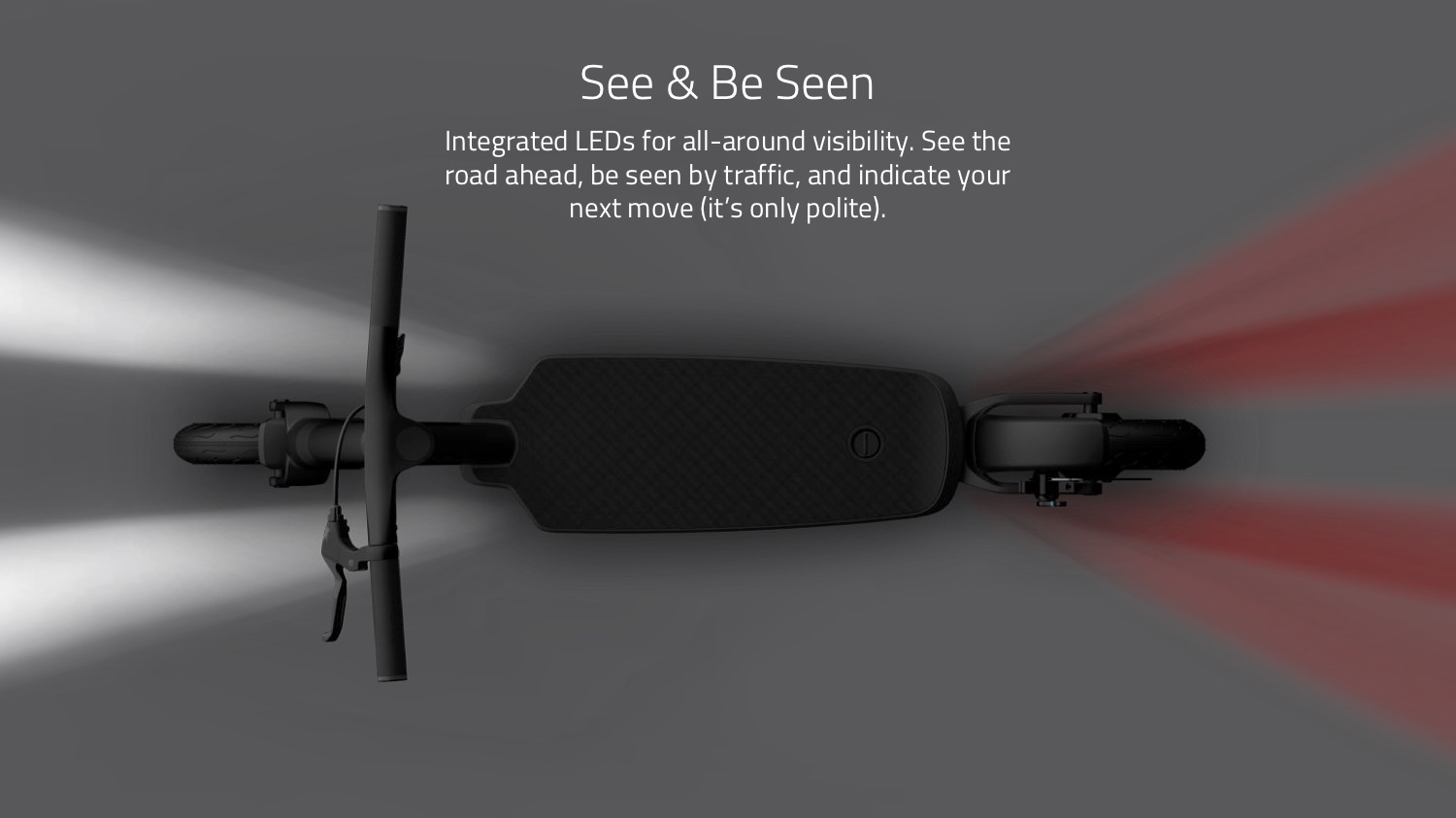 Other notable features of the scooter include an aluminum throttle lever instead of common plastic levers, mechanical and regenerative braking, and a hidden folding mechanism that results in a smoother appearance for the steering column.

In addition to the standard consumer Glider, Inboard is also offering the Fleet Glider to commercial customers.

Inboard has already struck a deal with Boxcar and the city of Madison, NJ to provide Fleet Gliders for residents that live within 2.5 miles of train stations.

Inboard is expected to begin accepting pre-orders for the Glider on November 18th with delivery in February of next year.

Hopefully we will be able to get our hands on a Glider scooter here at Electrek before then to give you all an early look at how well it works.

What do you think of the Glider? Let us know in the comments below.