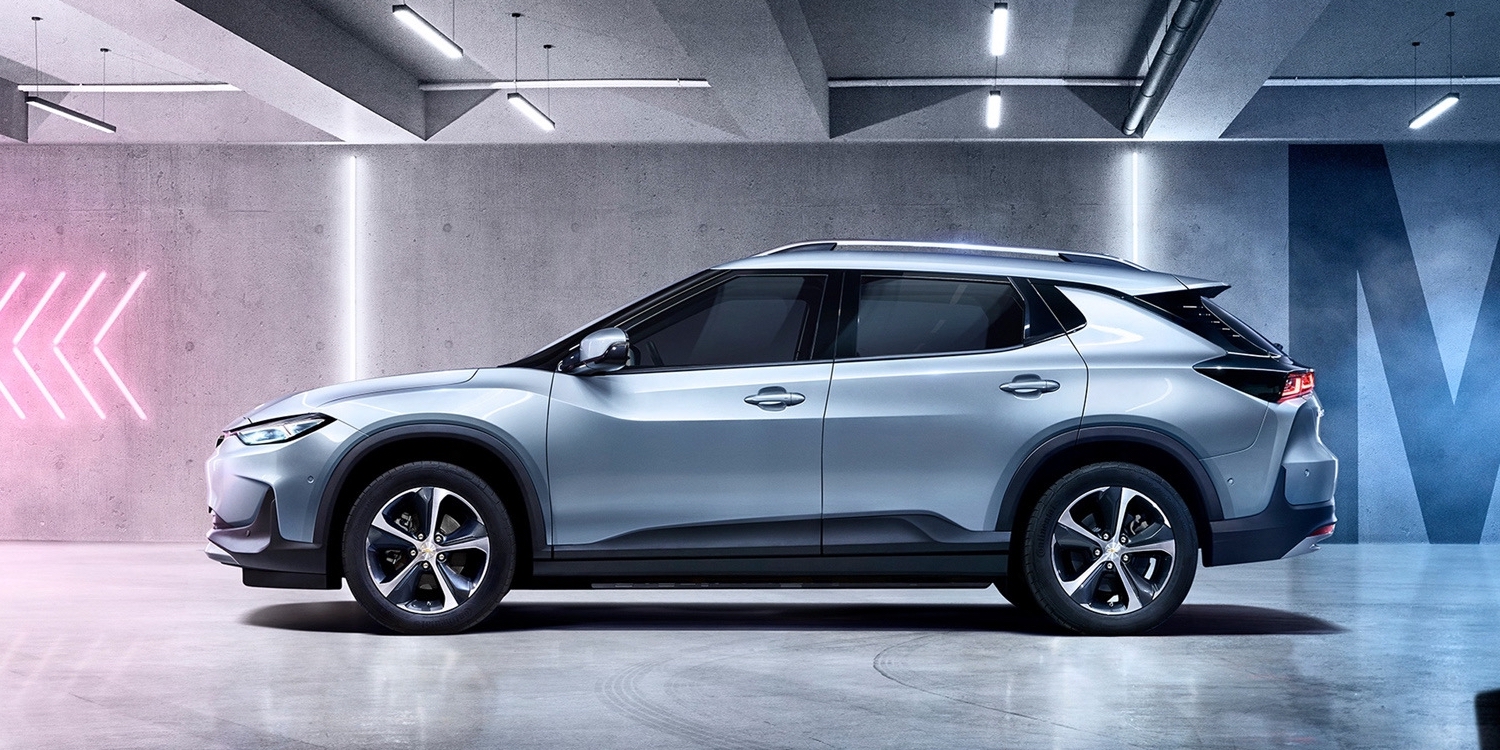 GM announced two weeks ago that it would be supporting Donald Trump’s rollback of EV emissions standards by siding with the administration versus California. You would think that GM — with its pioneering Bolt EV and “zero emissions future” initiatives — would support lowering emissions. But something has gone terribly wrong at GM over the past few years in EVs.

The latest indication of this is an announcement that the company would be releasing a Menlo crossover EV — which would likely do well in a US market — in China alone.

On Friday, GM announced the Chevy Menlo EV, which it purports to have a 410 km (250 mi) range NEDC. (Yes, you read that right: They are still using the outdated standard.) While this is probably a lot closer to 200 miles of WLTP or EPA range, it would still be a very compelling car for the US, and frankly, we were expecting GM to have released this type of vehicle domestically by now.

The Chevy Menlo EV sports the “athletic design of the Chevrolet FNR-X all-purpose sports concept vehicle, which exemplified the brand’s passion for innovation and ingenuity.” It looks like a . car that would sell well in the US.

Here are some images of the Menlo from August:

In the crossover class, GM has previously described its Bolt as a micro crossover. But at best it is a hot hatchback. Realistically, the Bolt would do best in Europe, where the small B segment type vehicles rule the road. It’s too bad GM sold Opel — with its hot Ampera E Bolt variant — to Groupe PSA right as sales were getting off the ground. Renault’s Zoe, the best selling EV in Europe, doesn’t hold a candle to the 2016 Bolt, even in its 2020 model year.

In the US, micro-anything cars just don’t sell in big numbers. To make matters worse, Chevy’s dealer network incentivizes ever-bigger cars and trucks. Call your local dealer and ask about electric vehicles and see what happens. Usually they call the guy in the back who went to the one EV seminar 4 years ago and he’ll tell you to step up to a Chevy Cruze because of all of the specials going on.

GM first announced the Menlo in August, and at that point we were wondering what had happened to the two EVs that GM was supposed to announce based on their “EV learnings.”

The automaker also promised to launch within the next 18 months two new electric cars building on the Bolt EV’s development:

“In the next 18 months, GM will introduce two new all-electric vehicles based off learnings from the Chevrolet Bolt EV.”

As we reported earlier this year, it has now been more than 18 months and we have yet to see those new electric vehicles.

GM disagreed, countering our report with the claim that the company had already released those two vehicles: the Buick Velite 6 EV and Baojun E200, two China-only vehicles produced by joint-venture partnerships in China.

The problem is that neither of those vehicles has anything to do with the Chevy Bolt EV.

However, we know that GM has been working on a utility version of the Bolt EV, which is likely what GM really had in mind in its 2017 announcement.

At last month’s 2020 Bolt EV drive event, the only real difference from the Bolt prototype we drove in January 2016 was the LG Chem cells having improved 10% in range. That was hugely disappointing as a current Bolt driver and one looking for an upgrade.

GM has announced that it will invest $300 million into its Orion Plant where the Bolt is produced, to manufacture another EV based on the Bolt. GM has also said its next major US EV will be a Cadillac, with the below image as a teaser. GM is also considering reviving its Hummer brand with a revamped EV.

Something appears to have very gone awry in GM land. The promised EVs aren’t materializing in the US market and the maker is now on the trailing edge of electric vehicle adoption, even though it pioneered the affordable long-range EV almost four years ago. Its only EV, the Bolt, has grown long in the tooth, and as it runs out of federal tax refunds, the 2016 Bolt + 10% battery is less and less compelling. Investors are fuming and are imploring the automaker to invest in EVs.

This Menlo seems like a perfect $35,000 crossover for Chevy and could even sell well in premium trims with an AWD version. Why won’t GM even announce another EV in the US? It feels like the “Who killed the Electric Car” saga all over again.

In the US, GM is now lobbying for worse emissions standards. In China, where GM has no sway and the government wants more EVs, GM is announcing more EVs.

GM went from a leader in EVs in the US to one of their most powerful detractors.

If I were on GM’s board, I’d demand answers (or resignation letters) from Mary Barra and Mark Reuss.

HEFEI, ANHUI — The Chevrolet Menlo sporty-looking sedan made its global premiere and the Chevrolet Blazer seven-seat mid-large SUV was shown for the first time in China this evening at 2019 Chevrolet Gala Night.

It has a constant-speed range of up to 410 kilometers under New European Driving Cycle (NEDC) conditions on a single charge.

The Chevrolet Menlo has adopted the athletic design of the Chevrolet FNR-X all-purpose sports concept vehicle, which exemplified the brand’s passion for innovation and ingenuity.

Both models will be on display at Auto Guangzhou 2019, which runs from November 22 to December 1, and will be launched in the first half of 2020.