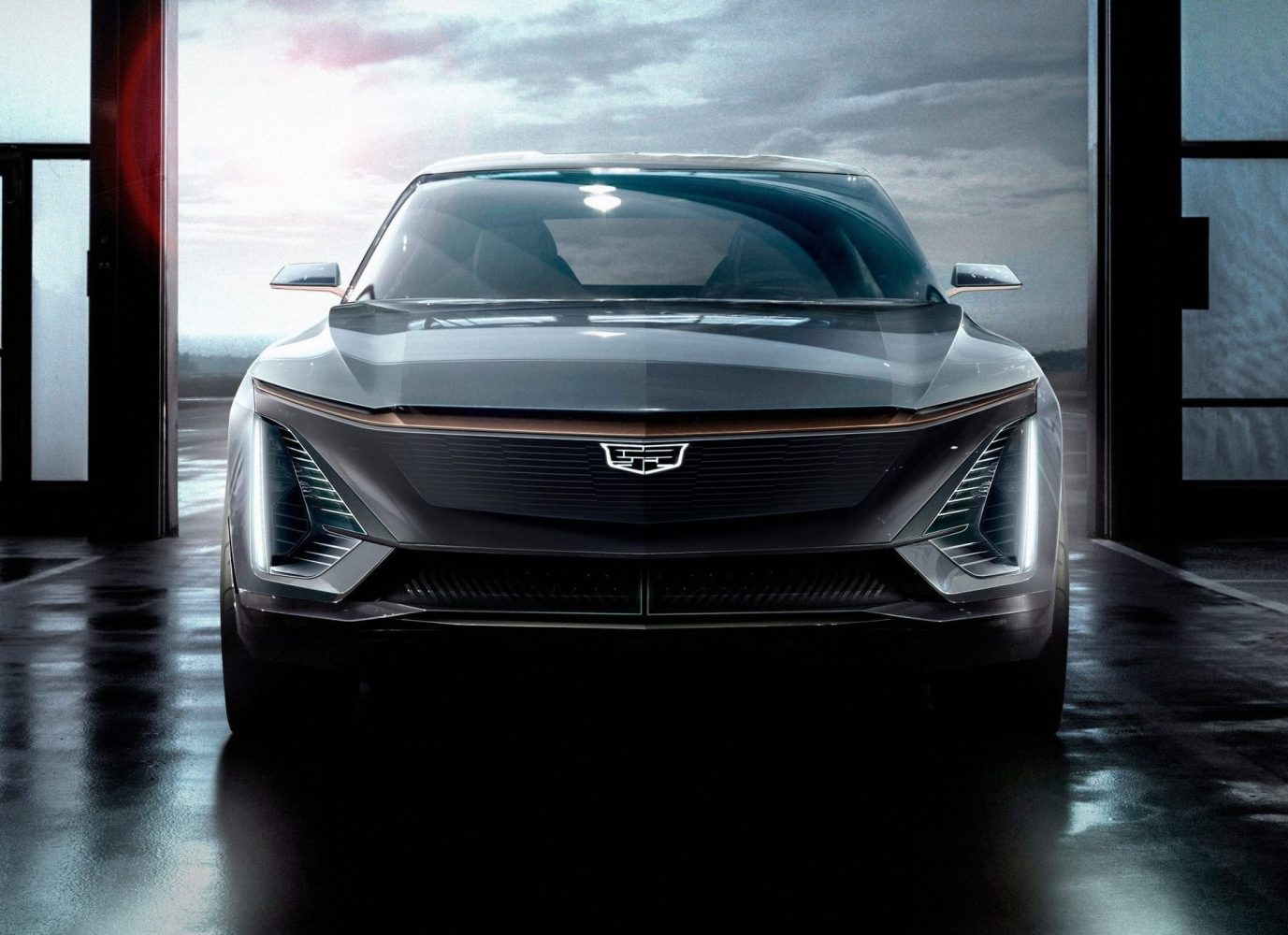 So far, we have no details other than two images, showing it to be a crossover-style vehicle.  We are still waiting on a name, timeline, and other specs – which Cadillac says will be revealed “closer to launch”.

The car will use GM’s “BEV3” next-generation electric vehicle platform.  This platform is meant to be flexible for use in many different vehicle types, and will accommodate front-, rear- and all-wheel drive configurations.  In addition, GM plans to create a number of battery configurations to be used in different vehicles.

While it’s not clear that each vehicle will offer each drivetrain or battery configuration, this will at least allow GM to offer more EVs on a shorter development cycle.  This will help them respond to consumer demands, and to respond to the actions of competitors.

Cadillac plans to take full advantage of this EV platform and offer an all-new interior on their new crossover.  A new powertrain means the car can be designed from the ground up to take advantage of the packaging benefits an EV platform can provide.  Without the need for a driveshaft tunnel or large engine under the hood, designers will have more freedom to add more interior space and luxury to the car.

At Electrek, we welcome any automakers who seem to be taking electric cars seriously.  As I noted in my previous article, and as Fred noted in his, we both think GM is making good moves on EVs, but that they could take even bigger steps to ensure their future in this space.

GM has sold more EVs than any brand in the US other than Tesla, and they should be commended for that.

Starting in the crossover space with a premium brand car is a good way to set consumer expectations that EVs are luxurious, fast, respectable, and something to be desired.  Crossovers are very popular right now, so it’s the right market to enter.

And from the images Cadillac shared today, the car looks good.  Unlike many “weirdmobiles” which get shown as concepts, the new Cadillac is more akin to the Jaguar I-PACE in proportions.  A sporty, “normal,” slightly design-forward crossover which people won’t feel like they’re being stared at (for better or worse) for driving.

While there is some merit to having a shocking, “weird” design, and some drivers enjoy driving cars that are different, a lot of people just want a normal good-looking car.  Cadillac looks like they’ve hit that spot here, and I can imagine that this will be received well.  Though the grille does seem a little bit busy, particularly for an EV where a complex grille is not necessary and a simpler one aids in aerodynamics.

Beyond the images, we know nothing about specs or price yet.  If I had to guess, it will need to have comparable specs to the I-PACE or the Audi e-tron SUV in order to be competitive.  Then there’s always the issue of the upcoming Model Y, which may well be available by the time Cadillac releases their crossover, and will likely be a serious challenger for sales in that space.

Of course, Cadillac also made multiple other non-electrified announcements today, and hinted at other vehicle debuts as well.  They’re planning an all-new crossover, a future Escalade, a future performance sedan, and so on.

Why do I mention these announcements on an electric car site?  Well, GM just said they wanted Cadillac to take the lead on EVs, and on the same day as they announced a new EV, they’ve announced…another ICE vehicle.  And hinted at more future ones.

So while we commend GM for selling so many EVs and leading much of the rest of the industry, there’s still room to go from here.  If GM’s “lead EV brand” is still halfway committed to gasoline power, still committed to using their dealership model which thrives on service contract revenue (which EVs provide less of), then they may have the same difficulty selling this new EV as they have in the past.  This happened before with the Volt, the CT6, and is now happening with the Bolt.

To really make this work, GM needs to commit fully to electric.  This is a good first step.  Let’s hope we continue to see more.

What do you think of the images, and of Cadillac’s EV plans?  Let us know in the comments.