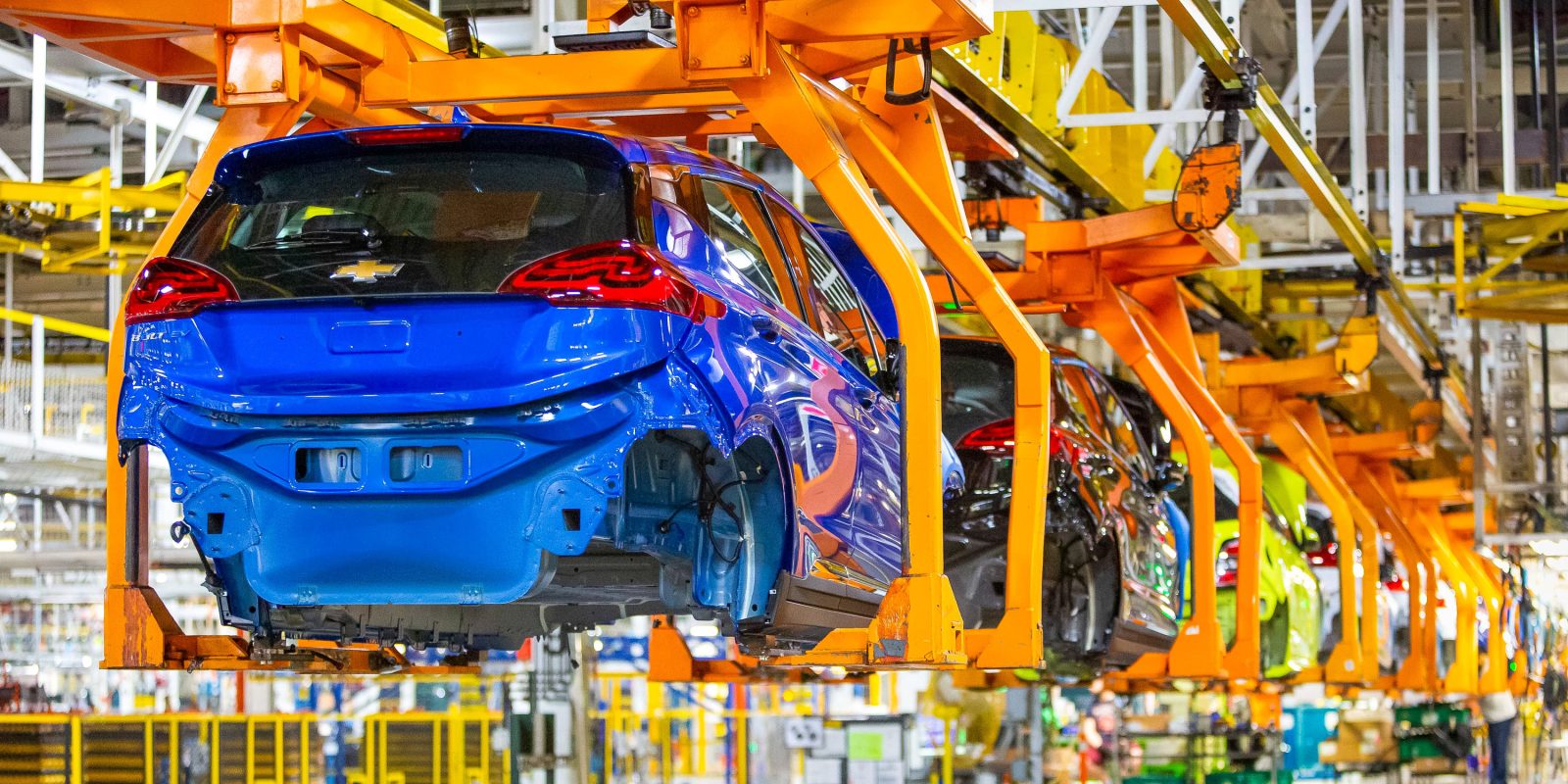 General Motors has announced a $300 million investment to produce a new Chevrolet electric vehicle that will be based off an “advanced version” of the Bolt EV architecture.

There are few other details about the vehicle at this point, other than GM’s statement that it will be “designed and engineered off an advanced version” of Bolt EV’s architecture. The carmaker said more information on the new Chevrolet EV would be released closer to its production, whenever that may be.

The investment is part of an announced total investment of $1.8 billion across GM’s U.S. manufacturing operations. GM Chairman and CEO Mary Barra said,

“This new Chevrolet electric vehicle is another positive step toward our commitment to an all-electric future. GM will continue to invest in our U.S. operations where we see opportunities for growth.”

The carmaker also said in January that Cadillac would become its lead electric brand. It promptly followed up that announcement with teaser images of the first all-electric Cadillac, a yet-to-be-named crossover style car which is to be built using GM’s “BEV3” next-generation electric vehicle platform.

GM’s EV tax credit will start to phase out in April where it will drop down to $3750 for two quarters and then $1875 for another 2 quarters. They are a quarter behind Tesla.

Well 400 jobs for this new EV. I guess finally getting serious about building EVs.

All sarcasm aside, this baby step and the language around the PR statement seem to be a rebuke to Donald Trump’s recent condemnation of GM’s shuttering of the Lordstown, Ohio and other plants in the US (and Oshawa, Canada).

It also appears to be a change in strategy for GM who seemed to indicate that the Cadillac BEV would be its next product in the US. The EV based on the Bolt has shown up a few times in GM presentations. Here’s a good look at what we saw 2 years ago which looks like it could be built off the Bolt platform.

Also this Buick concept, likely destined for China, would be a built on a similar platform.

Orion Township, Mich. — General Motors is investing $300 million in its Orion Township, Michigan, assembly plant to produce a new Chevrolet electric vehicle that will bring 400 new jobs to the Orion plant. Today’s announcement is part of GM’s new commitment to invest a total of $1.8 billion in its United States manufacturing operations, creating 700 new jobs and supporting 28,000 jobs across six states.

The new Chevrolet electric vehicle is in addition to the existing Chevrolet Bolt EV, further advancing GM’s commitment to an all-electric future. It will be designed and engineered off an advanced version of the current award-winning Bolt EV architecture. Additional product information and timing for the new Chevrolet EV will be released closer to production.

The 400 additional jobs are incremental to numbers associated with GM’s transformation announcement last fall. The new Chevrolet EV is in addition to the company’s earlier announcement that Cadillac will be the first brand to get vehicles off a future EV platform.

“We are excited to bring these jobs and this investment to the U.S.,” said GM Chairman and CEO Mary Barra during an announcement at the plant with employees, elected officials and community leaders. “This new Chevrolet electric vehicle is another positive step toward our commitment to an all-electric future. GM will continue to invest in our U.S. operations where we see opportunities for growth.”

The new electric vehicle had been slated for production outside of the U.S. The decision to bring it to Orion was based on many factors, including:

For the 2,800 impacted U.S. hourly employees at GM’s unallocated plants, GM has confirmed it has 2,700 openings across its U.S. manufacturing plants. To date, 1,100 employees have been placed at other GM plants, with several hundred more in the process of being placed in new jobs. In addition, 1,200 of these employees are retirement eligible.

With the $300 million investment at Orion for the future Chevrolet EV, GM also announced a total investment of $1.8 billion across its U.S. manufacturing operations, adding 700 new jobs and supporting 28,000 jobs across six states. This investment commitment includes the recently announced investments at its facilities in Spring Hill, Tennessee; Lansing Delta Township, Michigan; and Romulus, Michigan. Additional facilities receiving investments will be announced later.  GM has invested more than $22 billion in its U.S. manufacturing operations since 2009.

General Motors (NYSE:GM) is committed to delivering safer, better and more sustainable ways for people to get around. General Motors, its subsidiaries and its joint venture entities sell vehicles under the Cadillac, Chevrolet, Baojun, Buick, GMC, Holden, Jiefang and Wuling brands. More information on the company and its subsidiaries, including OnStar, a global leader in vehicle safety and security services, Maven, its personal mobility brand, and Cruise, its autonomous vehicle ride-sharing company, can be found at http://www.gm.com.