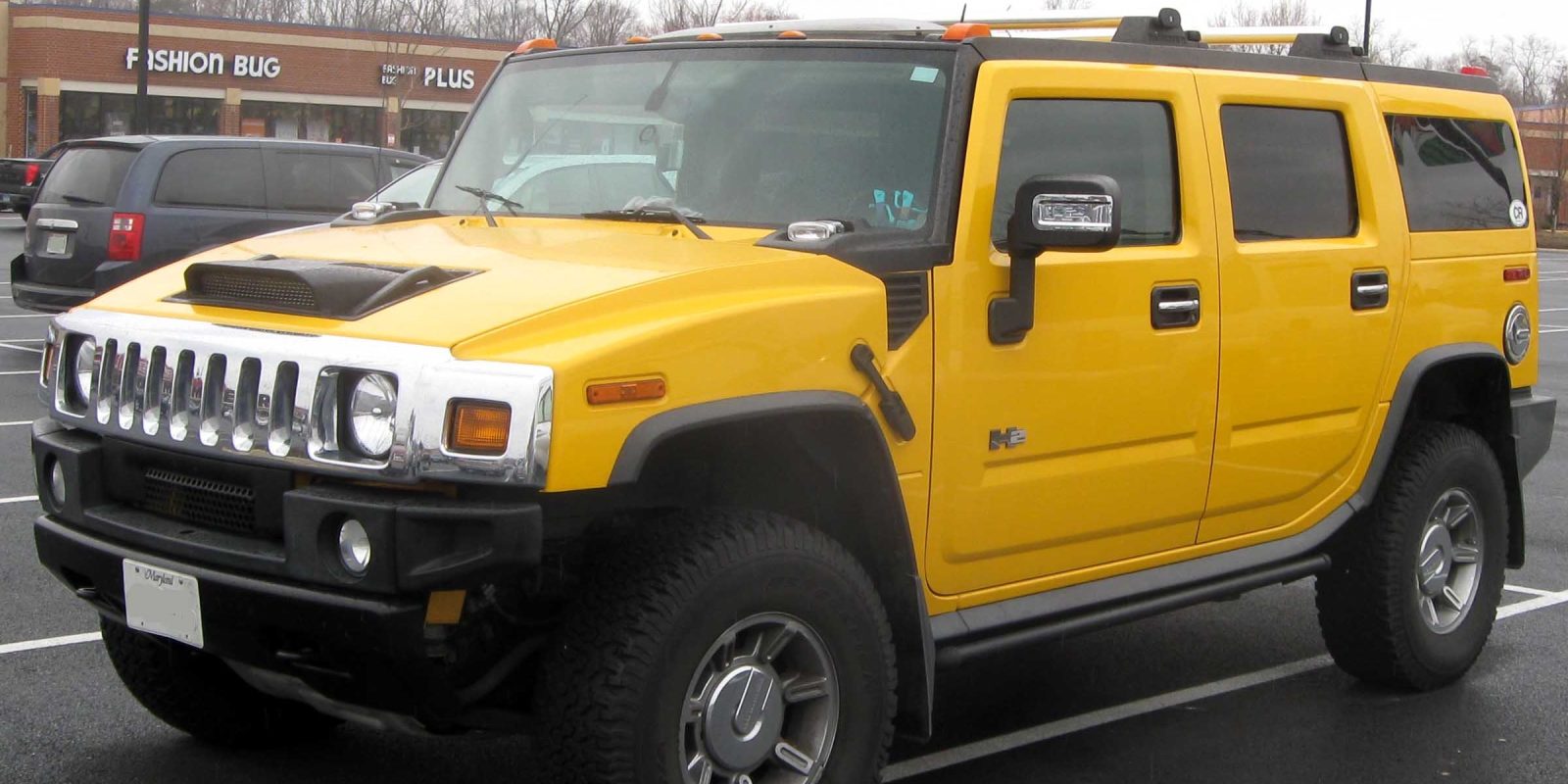 One of the most notorious gas-guzzling brands of all time, Hummer, is reportedly being considered by GM for an electric reboot.

GM is mulling over the vehicles it should electrify amongst its SUVs and trucks, and Hummer has come up in those discussions as a possibility, Bloomberg reports:

The Hummer name has surfaced as a way to tap growing demand for rugged SUVs with off-road capabilities, while avoiding the gasoline-burning image that made the brand something of a pariah a decade ago….

While GM is looking to put 20 smaller EVs on the road by 2023 through its BEV3 project — passenger cars, smaller SUVs, etc. — electric pickups and larger vehicles will be part of a second all-electric program.

GM President Mark Reuss said the carmaker could consider any number of its current larger trucks for electric powertrains, including SUVs like the Chevrolet Suburban, Cadillac Escalade, and GMC Yukon, in addition to trucks like the GMC Sierra, and the GMC AT4 pickup, as well as the GMC Denali line.

GM bought Hummer in 1998, and saw the rise and fall of the brand in the 2000s. The carmaker reportedly sees an opportunity to compete with Jeep in the off-road segment, especially on the high-end, and an electric Hummer would fit into that.

Bloomberg notes that an electric Hummer, if it ever comes to pass, would still be some years out, despite GM’s electric truck program being “well underway.” It would certainly trail brands such as Cadillac, which the automaker is positioning as its “lead EV brand.”

It’s not like we’ve never seen an electric Hummer before, however — famed Hummer superfan Arnold Schwarzenegger unveiled his own electric Hummer a few years ago, converted by Austria-based Kreisel Electric.

This seems like a long shot, but it’s amusing to think of a hulking behemoth like the 9-10 mpg Hummer H2 turning into an all-electric vehicle.

All of this is still just mostly noise until we hear something truly substantial from GM itself. While this report claims an electric truck project is “well underway,” recent defeatist comments from Reuss suggest the company is still quite uncertain about how it’s going to approach electric trucks, as the GM president didn’t make it seem as if electric trucks were coming any time soon.

There were also the two new EVs the carmaker promised by now — GM disappointingly said two joint-venture EVs made in China fulfilled that promise.

We don’t doubt that GM is considering a number of options for its future EV lineup, trucks included. But unless they’re further ahead than they let on, we also think the carmaker has a long way to go before we hear anything official.

As wild as it seems, would you have any interest in an electric Hummer? Let us know.